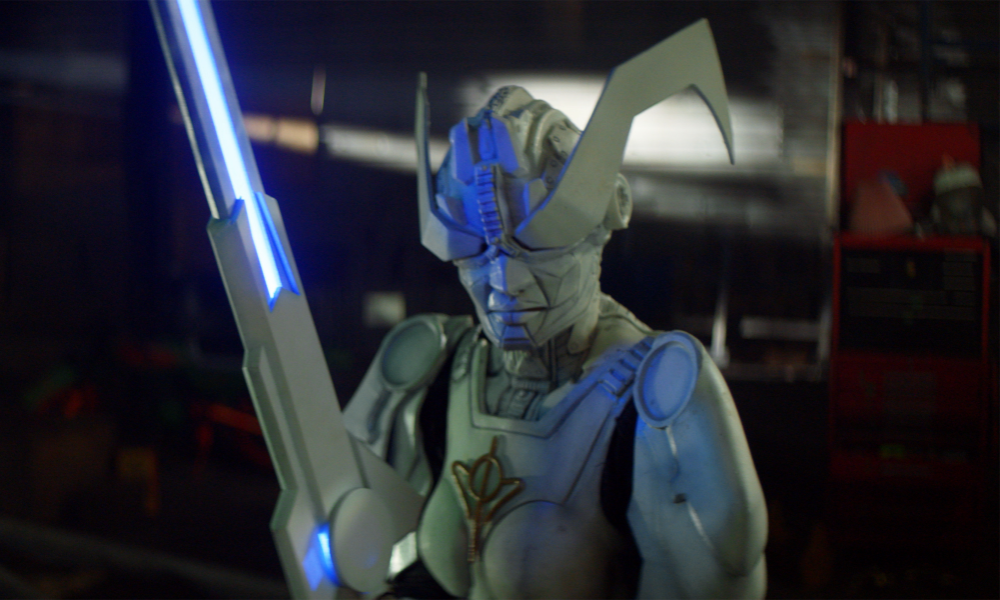 Never let it be said I unduly weigh on the side of thematic content over legitimate entertainment value. Psycho Goreman is downright reprehensible. No genuinely likable characters. Frankly horrendous overacting. A parade of atrocities and cynicism. Absolutely zero morals to be seen with bad people winning every time and good people being relegated to being victims alone. 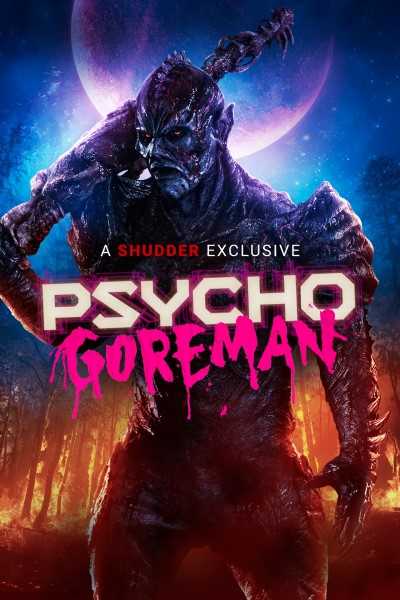 What we really needed in this day and age was more gloom and vindictive barbarity. BUT…

Psycho Goreman is also a stunning showcase of excellent practical effects work, has lots of black humor that lands, and moves along at an uncommonly brisk pace similar to the 80s films it both idolizes and skewers. The costumes, the designs, the impressive variety of stop motion, costumes, pyrotechnics, computer graphics used sparingly…it’s a feast for the eyes!

At its best this DID recall to mind nostalgic films of my past, especially those almost forgotten by history. The film ‘Star Kid’ from 1997 kept coming to mind, a breezy sci-fi indie flick about a lonely child who became trapped in a suit of invincible armor. That same sense of wish fulfillment is here at times, but it is buried neck deep in splatter and misanthropy. Maybe I’m alone in this but despair is not nearly as funny or enjoyable to me as it seems to be to others given the popularity.

No kid should watch these kinds of eviscerations, no matter how stylish, and no kid could enjoy them. This is made for adults who are sneering at childlike things by applying adult logic: a niche audience but only exclusively being catered to. If you giggle at the idea of the Scooby Doo gang having sex and getting high because that’s not something cartoons usually do you’re at home here.
The whole joke is ‘that didn’t happen in the 80s’. Sorry to spoil it.

Running almost parallel to the empty story though is a menagerie of inventive madness. These are the kinds of costumes and creatures you will see nowhere else. So much work, time, effort has been poured into every aspect of these freaks and props and it’s all on the screen.
This is Power Rangers on LSD.

Although I can acknowledge and even laud the sheer effort and imagination behind the effects, it is the obnoxious, pathetic, cruel or just plain incomprehensible character that grew grating. I hated every single character, especially the ‘precocious’ sister character who is clearly having a lovely time but goes overboard a little too often to be believable or enjoyable I found.
The brother character is the only decent and sane individual so naturally the film spares no opportunity to beat him and put him down.
Viewed as an art gallery or a showcase for talent, Psycho Goreman stands head and shoulders above anything Hollywood can generate with outsourced computer effects or zillions of dollars in bland sets and boring costumes. You will see dark delights here you won’t find anywhere else.

It’s just everything else that falls short and feels so sickly and mean spirited it may leave a worse taste in your mouth than the extreme violence.