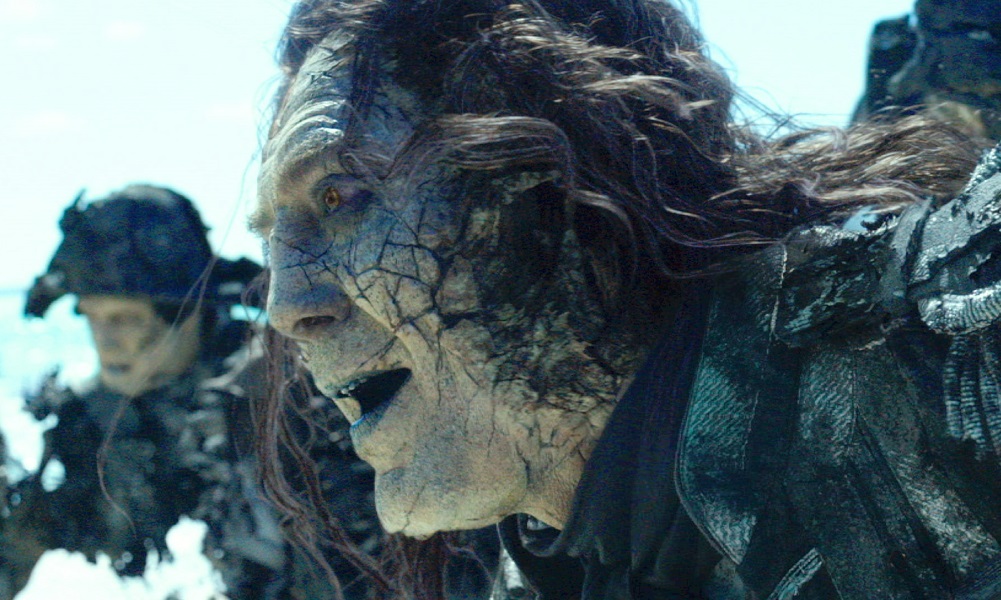 I don’t blame the lack of enthusiasm out there for Pirates of The Caribbean: Dead Men Tell No Tales. Indeed, the entire PotC franchise has defied the gravity of diminished expectations for so long, that an eventual reckoning becomes inevitable. The same old plot told over and over again, the same attempt to juggle too many balls, the whole “we’re so over Johnny Depp” thing…. I get it. And if you look at Dead Men Tell No Tales and opt for another screening of Guardians of the Galaxy 2 instead, I can’t call that a mistake.

That said, I’d be lying if I claimed I didn’t enjoy the film, and indeed the prospect of a second screening doesn’t immediately fill me with dread. Personal taste enters into it, of course, but the cast and crew here at least go about their tasks with enthusiasm, and a little indulgence can pay a surprising amount of dividends. The right components in the right place give it some energy, and the pacing gives it an agreeable oomph. It’s not the best movie of the summer, but I guarantee we’re going to see worse.

Ironically, Depp’s Jack Sparrow remains one of the least engaging elements on display. He’s the same rascal he always was – albeit a bit more on the skids than normal – and nothing about the ensuing mayhem changes that. Depp remains appreciably engaged, but the character long since ran out of places to go.

The young couple beneath him does much better: Carina (Kaya Scodelario), a woman of science in an era when they’re still burning witches at the stake; and Henry (Brenton Thwaites), the son of one of Jack’s old frenemies carrying dire news from beyond the grave. They’re dashing and fun, bickering with each other while Jack minces around them and getting into the spirit of the proceedings admirably.

So too does Geoffrey Rush’s Captain Barbossa become a much bigger selling point than the ostensible star. He and Jack have both seemingly reached the end of the line when we find them here: Jack now all but forgotten, Barbossa grown languid and lazy on constant success. Rush has always been the series’ secret weapon and he gains a sense of closure in this last adventure that suits his yeoman efforts to keep the PotC movies afloat.

Throw them all together and set a bunch of ghosts after them, and the yarn spins itself out in a surprisingly pleasant fashion. Dead Men Tell No Tales hinges on another supernatural menace – led by Javier Bardem’s vengeance-crazed Spaniard – and beyond the physical look, these ghoulies differ little from Davy Jones, Blackbeard or any of the series’ other villains. That said, the look is still quite cool, and directors Espen Sandberg and Joachim Rønning put a few fun spins on their supernatural menace. The film moves through its paces with an nice snap and the various set pieces maintain enough creativity to set them apart from earlier movies in the series.

None of it should be surprising, and if you’re not psyched going in, it won’t do anything to change your mind. But familiarity need not breed contempt, and the joys of a given ride can still be improved with a few little tweaks on the formula. This franchise may indeed be running out of steam, and even the most indulgent fans might be wary of another round. But there’s still some life left in this old schooner and it can still take us on an agreeable cruise one last time. These movies could always find a way to make us smile, and this one benefits from the gift of lowered standards. Don’t ask it for more than it can give and it won’t disappoint you. Once a pirate, always a pirate… something Dead Men Tell No Tales never makes apologies for.