Origin (2018): A Mostly Non-Spoilery Review Of The YouTube Series 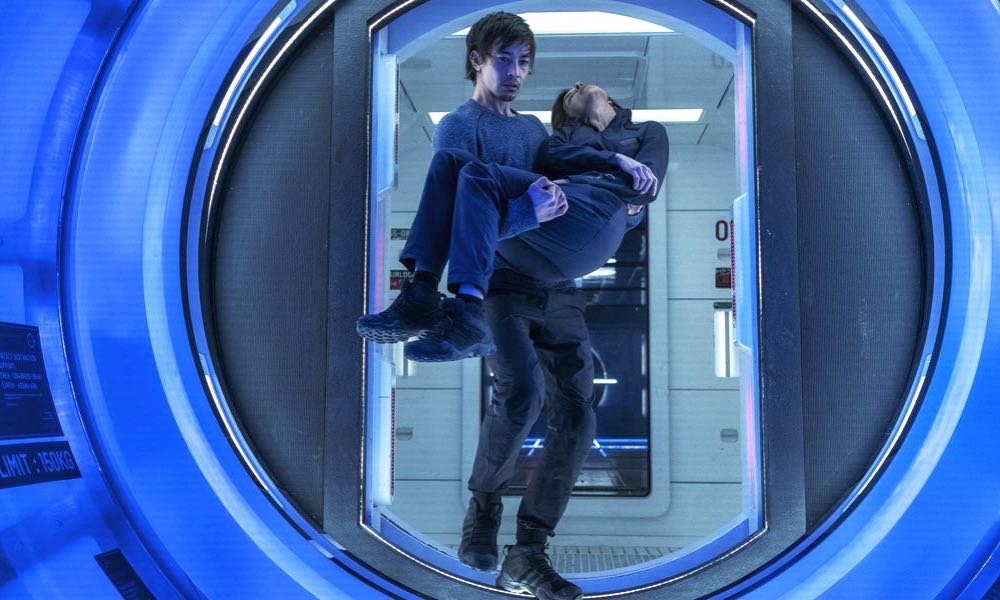 Watching the first episode of the YouTube streaming services’ original content, science fiction series Origin last night reminded me of a lot of things; really, a lot of things I have seen before in genre movies and television in other productions. First off, as far as I could tell from one episode, it seemed an awful lot like the same premise as Passengers trying to be horrifically darker. The show didn’t go so far as to plagiarize anything I have seen before, but it soon became blatantly apparent this production is a rehash of everything from Blade Runner to Star Wars, to Alien and beyond. The reminders are there in plain sight with no apparent attempt to disguise the material as something fresh and new. Origin may be the most derivative science fiction production I have ever seen. A complete rehash of stories ranging far and wide from the past offered up here as an original story.

The series manages to telegraph everything that’s coming in the show’s main plot that on the surface seems to be a mystery surrounding a long voyage and the odd circumstances aboard a spaceship to another planet and a second chance for those aboard. Add in the unpleasant and challenging situation the few passengers find themselves in after awakening from cryogenic sleep, and you have the premise of Origins. Yes, the main plot seems to be that old chestnut getting used again along with a symphony of outer space horror movie tropes enough to be nearly comical, or criminal depending on your point of view; except it isn’t comical in the least.

The episode acquaints us with the small ensemble and adequately appealing, diverse cast as they explore the enormous space ship that serves as their home for the moment while serving up attempts at building suspense and paranoia that for the most part fail. The series handled this segment reasonably well; there were no truly obvious attempts to sledgehammer the audience with obvious horror-movie tropes; there was no handy unlit basement for them to explore, but later that changes as the show shifts gears towards the end of the chapter. Did I mention there’s something onboard with them that might not be entirely human?

The opening episode spends a lot of its time focused on one character, Shun Kenzaki, exploring his backstory in flashbacks to a futuristic Tokyo (that also reminded me of other genre productions, namely Ghost in The Shell), these flashbacks were, for me, more interesting than being aboard the ship.  These flashbacks also served as a practical device to provide a nice change of pace from scenes aboard the claustrophobic environments of the creepy spaceship. I assume this means we have more of this sort of thing in store as the series introduces the rest of the cast of characters more fully down the line. Poor Tom Felton remains as unappealing as ever, and once again, he cannot seem to buck the stereotype of the class creep here either.

I don’t know what else to tell you; there are some redeeming, mostly visual qualities in place I suppose, like some cool exterior spaceship shots and production quality that is well above abysmal. Although, I cannot enthusiastically recommend this series to watch since it seems to lack any semblance of originality entirely. Origin is long on mood and spends a lot of energy trying to create atmosphere without a lot of success. The episode was short on anything that hooked me into wanting to return for more outside of my having a naturally curious mind. If you like these sorts of stories that somehow keep getting retold for people that like this sort of stuff, then you will probably enjoy this one as well and if not then, by all means, avoid this poor example of the sub-genre of science fiction horror.