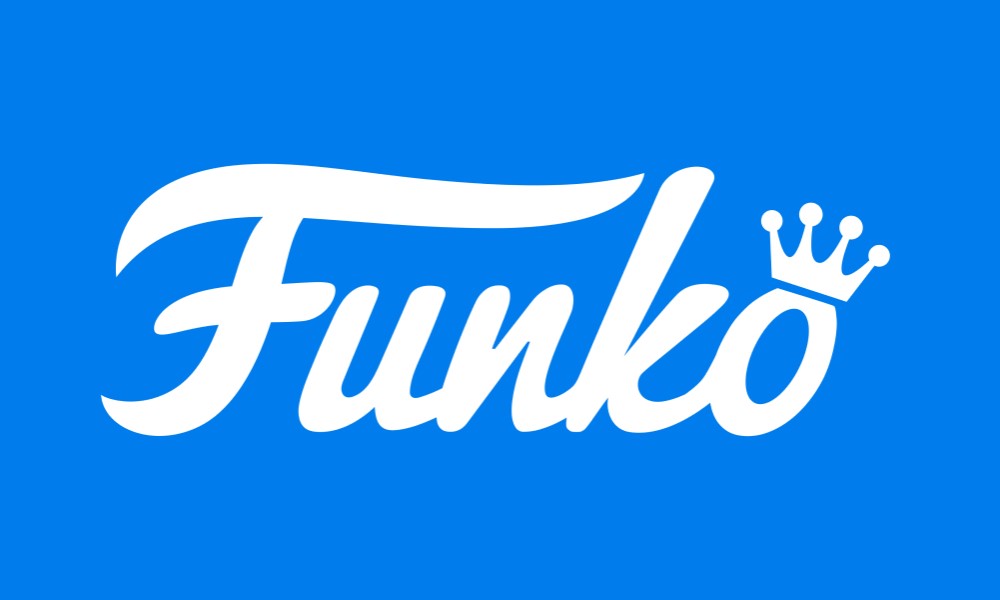 A few years back, you could go to a comic con and it seemed like every dealer had Funko Pops on display. I thought that the big-headed little figures would certainly go the way of Beanie Babies, Pokemon cards, and other flash-in-the pan collectibles but I have to give Funko credit…their ability to seemingly get a license for, well, everything…movies, tv shows, cartoon and anime characters, musical acts, etc…has managed to keep the line fresh.

The good folks over at Funko were nice enough to send us a small sample of the scores of new figures that have been recently released or will be released soon. Of course, a lot of the release schedules have had to be altered due to Covid-19 pandemic but we want to share this eclectic mix of new Pops anyway.

From “Animal House” one of the great comedies of all time comes this iconic figure of Delta frat member Bluto all set for a night of drunken revelry at the legendary toga party. Decked out in sheet, wreath and I especially love the tennis shoes. 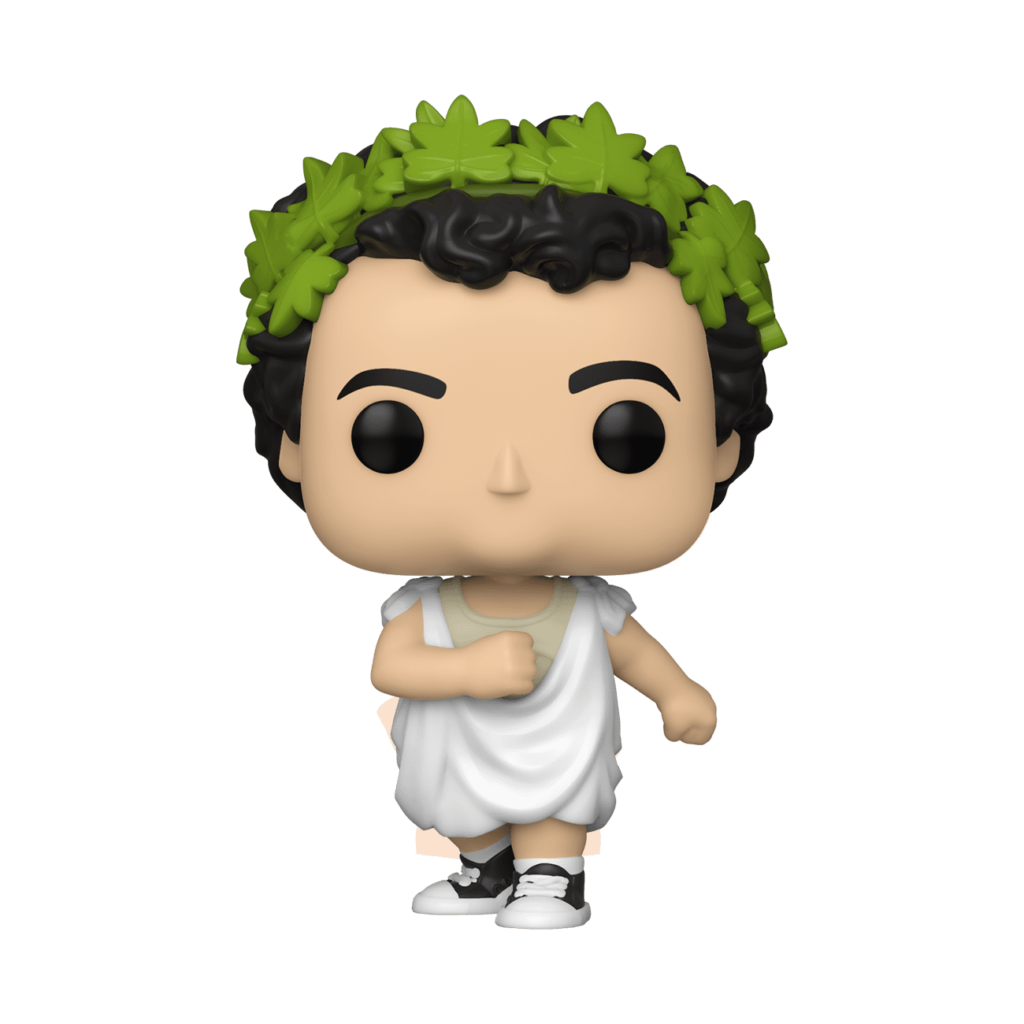 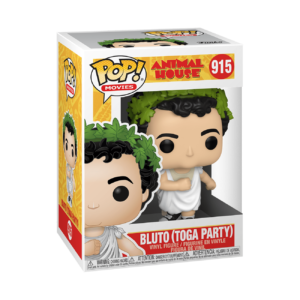 Spider-Man 80 Years (Hot Topic Exclusive) – In celebration of Marvel’s 80 years (counting the Timely Comics and Atlas Comics years of course), Funko has an entire series of Marvel 80 Years figures. For this Spider-Man 80 Years there comes with a standard edition and this special Hot Topic exclusive. The box features silver foil highlights and the figure has a special black and red color scheme to the costume. 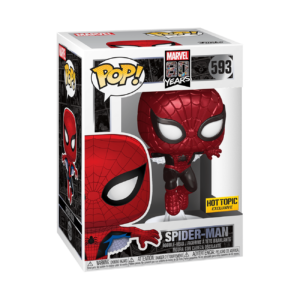 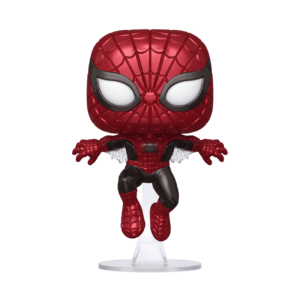 From Soul Eater comes this Black Star figure. I love the action pose on this figure with his chained double kama that wraps around his back. Definitely a bad-ass figure! 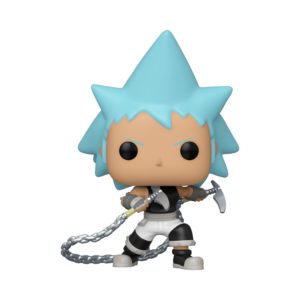 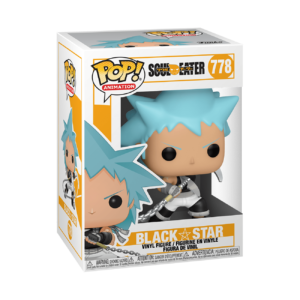 I admit to occasionally watching re-runs of “I Dream of Jeannie” on FETV. There’s still an undeniable screwball comedy appeal of this sitcom that featured an Airforce astronaut finding a real life Genie in a bottle whose name just happened to be “Jeannie” and who was gorgeous. The series made stars out of Larry Hagman and Barbara Eden. The Pop has Jeannie dressed in her harem girl outfit with arms crossed and ready to display her magic. It would have been cool if it had contained a mini bottle but I know Pops don’t normally come with accessories. 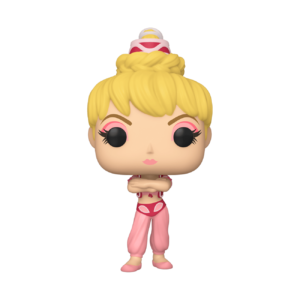 Maximum Venom is based upon the animated series Marvel’s Spider-Man: Maximum Venom on the Disney XD channel. We have two figures that show what happens when the anti-hero Venom takes over various Marvel Superheroes and “venomizes” them. 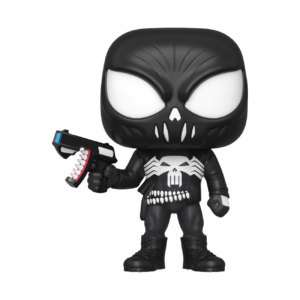 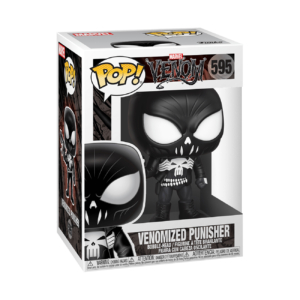 Venomized Punisher combines his own skullhead logo with the Venom’s black suit for an interesting take and includes a venomized head in place of Frank Castle’s.

Venomized Doctor Strange gives a truly ghastly Venom and Doctor Strange mix. We have Strange’s wavy air (with a touch of gray) with Venom’s grin of sharp teeth. This one is very cool! 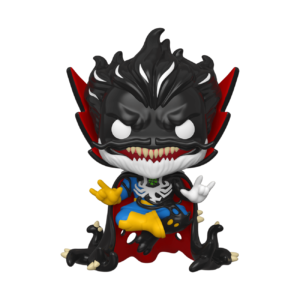 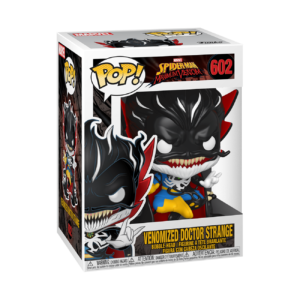 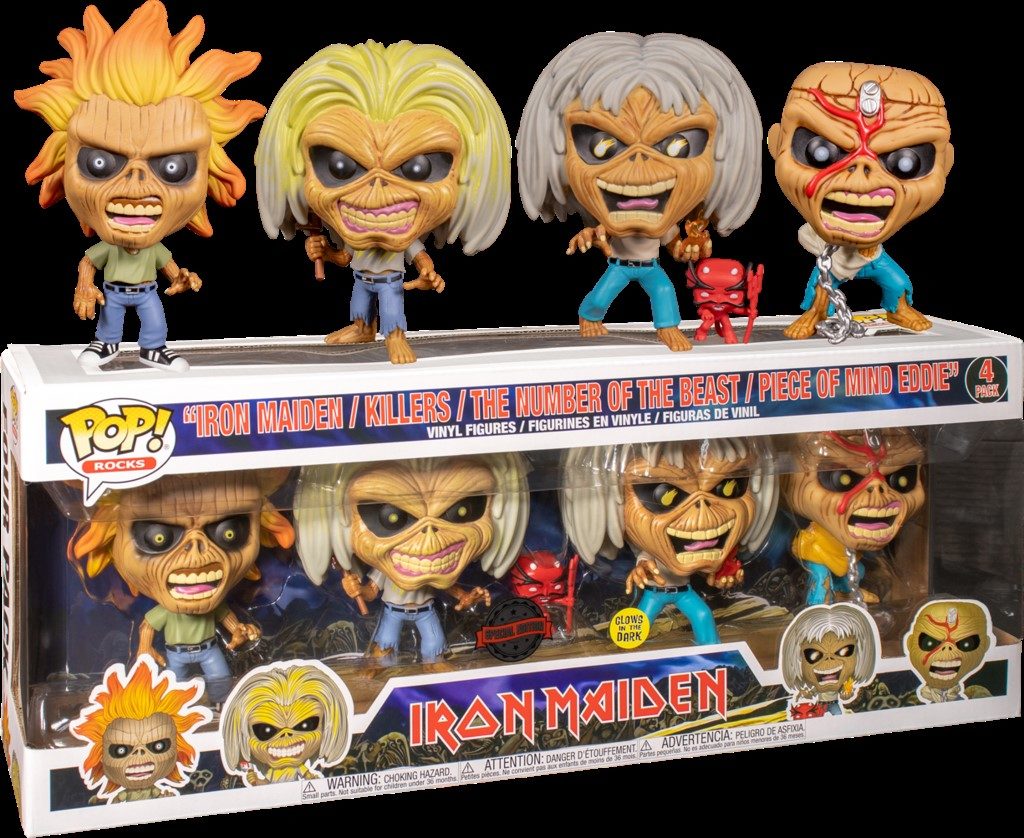 As you can see Funko hits all pop media…Comics, Anime, Film, TV, music. You can check out more info about these Pops and all the Funko lines by visiting their website here: https://www.funko.com/products