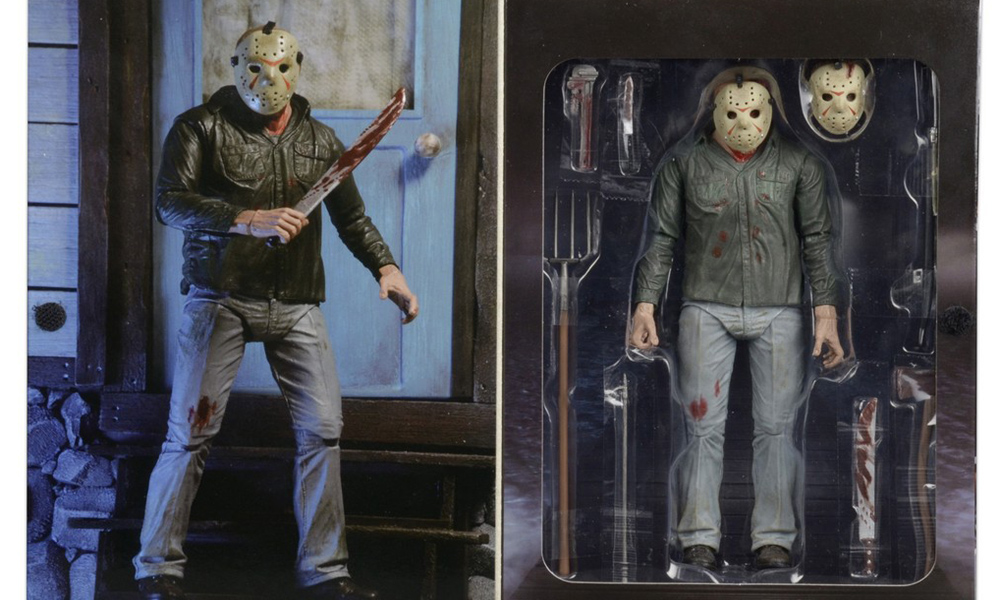 Friday the 13th Part 3 might have been the third film in the franchise but it was the first film featuring the murderous Jason Voorhees as we know him today. It was in this film that Jason first donned his trademark hockey goalie mask and became an icon…and it was in 3D no less. 2017 will mark 25 years since the film was released and already out now from NECA is the Friday the 13th – 7″ Scale Ultimate Part 3 Jason action figure. 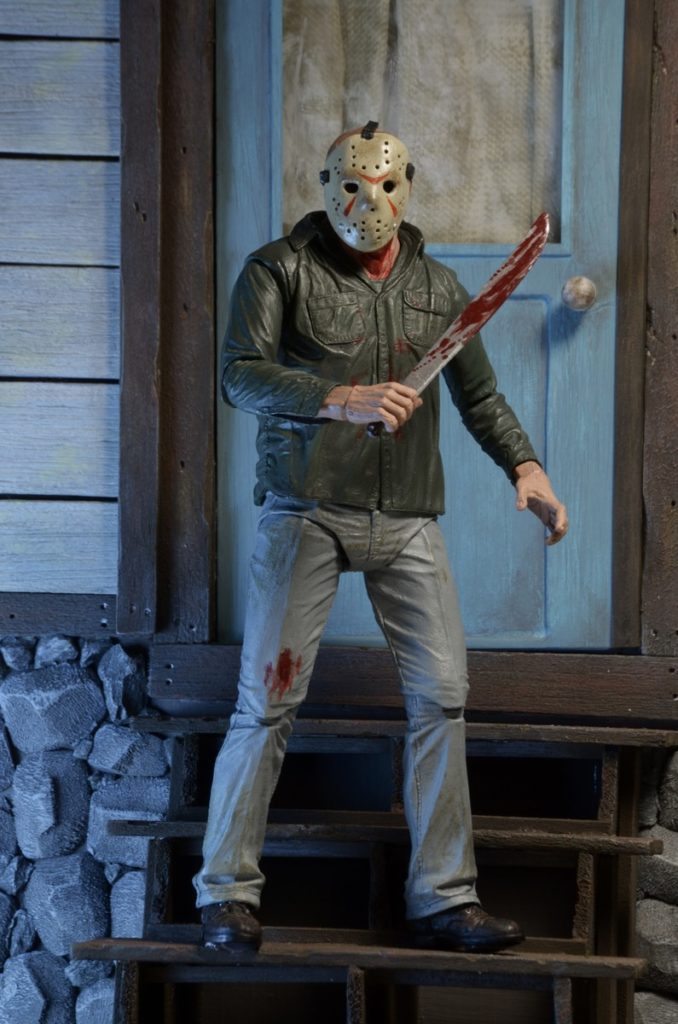 This fantastic figure comes with an impressive 25 points of articulation. It comes with two masks and two interchangeable heads, with machete damage and without machete damage…before and after if you will. This deadly version of Jason also comes with an impressive inventory of weapons and accessories: pitchfork, wrench, knife, fire poker, harpoon gun, machete, and axe. His right hand is designed for holding these items although the left hand can be used to rest the longer items like the harpoon gun and pitchfork against.

There are tons of variations you can do thanks to the number of weapons and the articulation making it perfect for designing dioramas and taking pictures of your creations. The two heads are sculpted completely different. It’s not just the same head with damage and blood added. The damaged head shows Jason with a grimace of pain or anger, and his rotting teeth are prominent. The detail in both heads is fantastic and the type of quality you have come to expect from NECA.

The body detail is a bit less elaborate. His pants and shirt are molded in plastic and are not removable. This would have been great with removable fabric clothing. The pants and shirt do feature wrinkles with darker highlights to make them more prominent. Jason has blood stains on both pants and shirt which indicate he has already been hard at work! His shoes also show nice detail with silver shoelace holes that contrast nicely on the black leather. 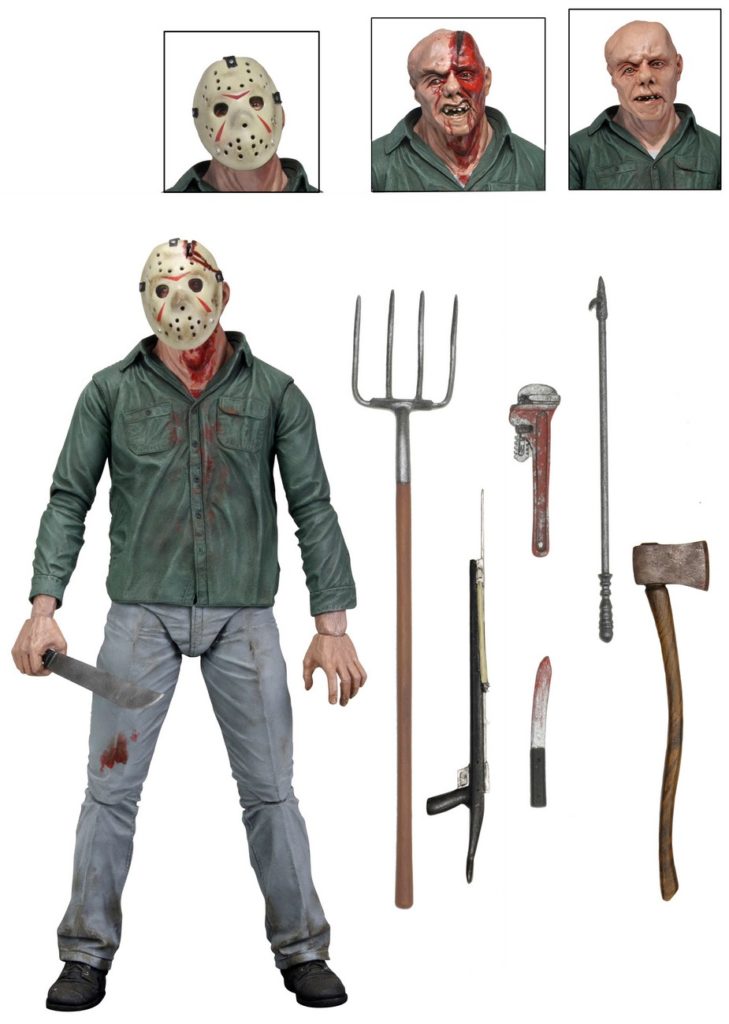 The figure comes packaged in a gorgeous window box that swings open to show the figure and a fantastic photo. The front of the box, in keeping with the spirit of the film, features a 3D lenticular cover. Definitely an outstanding figure that you will want to add to your collection.