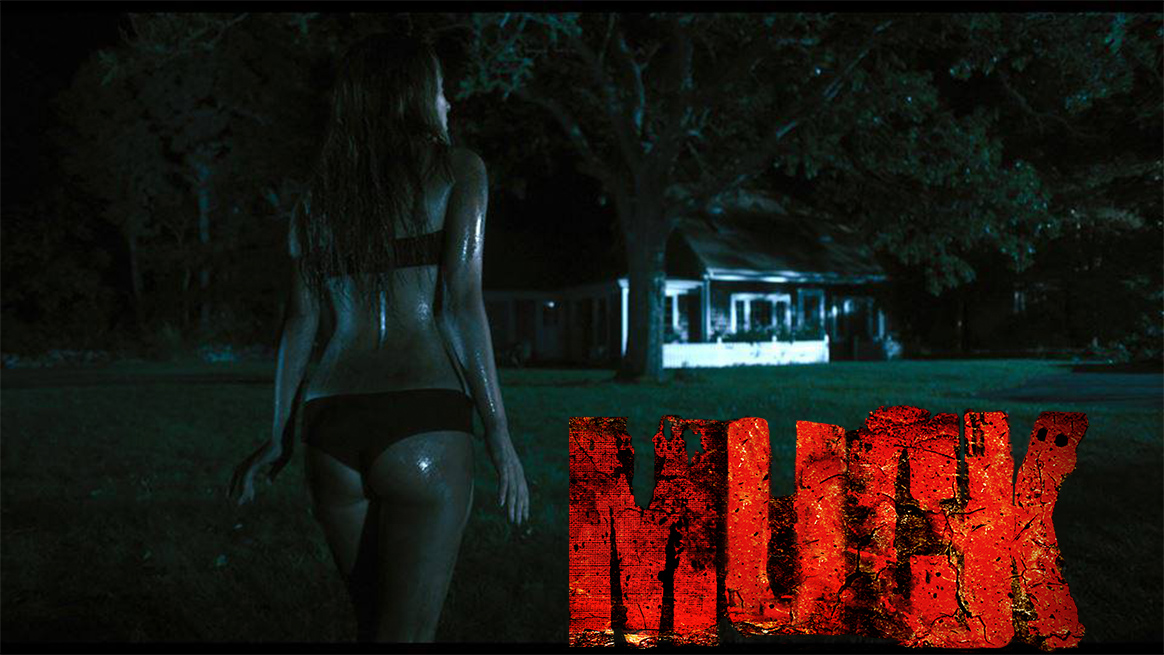 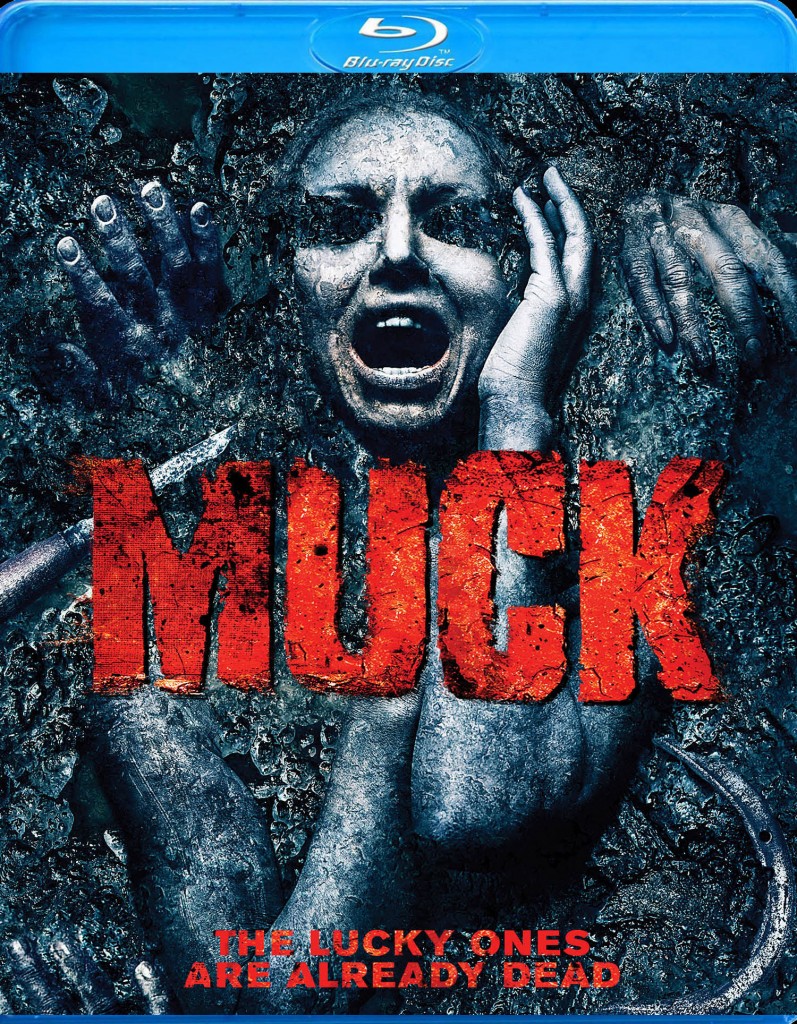 The back cover of Muck hails itself as a “throwback to 80’s horror.”  Well if by that they mean a film without anything even remotely resembling a coherent plot and acting which is on a par with the average middle school play, then crack open a bottle and let’s celebrate their success.   The film features the directorial debut of Steve Wolsh, who also wrote and produced the film.  The fact that it had its world premiere at the Playboy mansion tells you just about everything you need to know about the production.

Muck is little more than a compilation of about 6 to 8 very beautiful women getting naked for no apparent reason mixed in with some silliness about albino savages who kill them.  And frankly I might have spent a few words too many on describing the core of the film.  A group of friends find themselves lost in the wilderness near Cape Cod, fleeing from who knows what.  It’s like the first 20 minutes of the film were just lopped off which is probably a good thing.  The cast includes Jaclyn Swedberg, the 2012 Playboy Playmate of the year, and other less “famous” actors who play characters named Desiree, Kitty, DeDee, and Messa…in other words the nightly lineup at every strip club…everywhere.

Anyway, the group of five friends finds an abandoned house and decides to take shelter.  This of course gives the females the perfect opportunity to use the shower and change clothes…a lot.  The five quickly come under attack by a group of pale skinned savages who proceed to torture, chop up, and burn their prey.  Meanwhile, almost unrelated to the rest of the story the action shifts to a dive bar where patrons are celebrating St. Patrick’s Day.  The females engage in an unending parade to the bathroom where they take off their clothes and admire themselves in the mirror.  Is this really what women do in the bathroom?  And here I thought they actually went to freshen up.  Eventually a couple of these people meet up with survivor from the house…I think…because it’s hard to tell since the editor seems to have sliced up the film and put it back into a totally random order.  Pretty soon you find yourself losing track of which naked girl was which, not that it matters at that point.

And here is another thing…as this is supposed to take place on St. Patrick’s Day when it’s technically still winter, the average high temperature in Cape Cod in March is a high of 45 degrees and a low of 30.  That doesn’t stop our buxom group of beauties from running around in bikinis, however.  And you can see how bored I became that I actually googled the average temp in Cape Cod.

Now if you look closely…really closely, you will see horror icon Kane Hodder (who apparently owed someone a favor or had some spare time to kill), playing one of the albino savages.  But his screen time was fleeting and I assume they were paying him by the hour and had to shoot his scenes quickly considering the film was funded by a Kickstarter campaign.

Muck is the first horror film shot in 4K Ultra HD which gives us remarkably crystal clear shots of lots of beautiful, naked women but adds little else.  And to top things off, this was just the first of a planned trilogy.  Muck me!