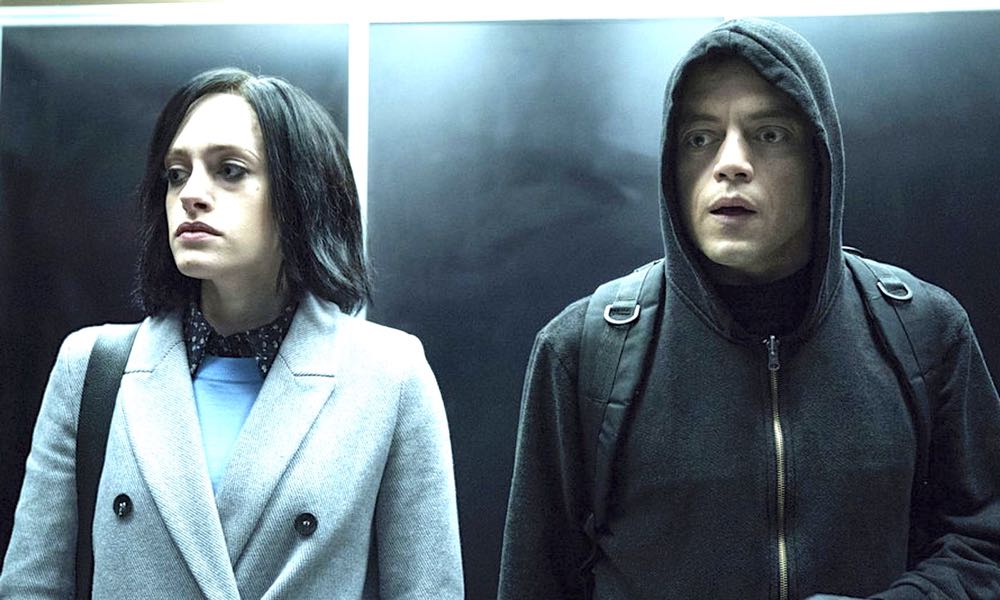 Thinking about Mr. Robot, the series that managed to shake up genre TV to the same degree or more in my estimation as much as X-Files, or its sequel Fringe did when they hit the small screen; I find myself what was so great this show? The timing of the show’s arrival, for one thing. It was the first series to establish itself since the turn of the century as having a narrative about now, in the form of an engaging cyberpunk fable in the 21st-century computer age.

Alongside being an engaging socially relative brand of science fiction, the series also examined modern attitudes and treatment of mental illness. The juxtaposition of these two elements and the surreal styling of the show’s depiction made this series must-watch Tv for me. I knew from the moment I heard Elliot’s divine soliloquy delivered from his therapist’s couch. I would be a fan of this series until the end.

Unlike most of my compatriots, I had already figured out that Elliot’s dad was not an actual living person by the time the show revealed it. In a move meant to turn the show’s story on its head, I already know that the show’s lead protagonist was a modern-day Hamlet, guided by the spirit of his dead father. This development, and all of its implications that everything we see on the screen may or may not be accurate, only made this bizarre series more appealing. I could not wait to see what happened next.

The show’s narrative portrayed Elliot and his rag, a muffin group of rebels, as the ultimate underdogs in a battle against greed and injustice against the omniscient and all-powerful E-Corp, a fictional all-powerful modern corporation. The show depicts this company as an entity that, if it existed, be the equivalent of Facebook, Citibank, Amazon, and pretty much every other modern corporation combined. It’s the proverbial David vs. Goliath scenario.

Not familiar with this title or forgotten it already? Mr. Robot is an American drama thriller television series created by Sam Esmail for USA Network. It stars Rami Malek as Elliot Alderson, a cybersecurity engineer and hacker with social anxiety disorder and clinical depression. Elliot gets recruited by an insurrectionary anarchist known as “Mr. Robot,” played by Christian Slater, to join a group of hacktivists called “f-society.” The group aims to destroy all debt records by encrypting the financial data of E Corp, the largest conglomerate in the world.