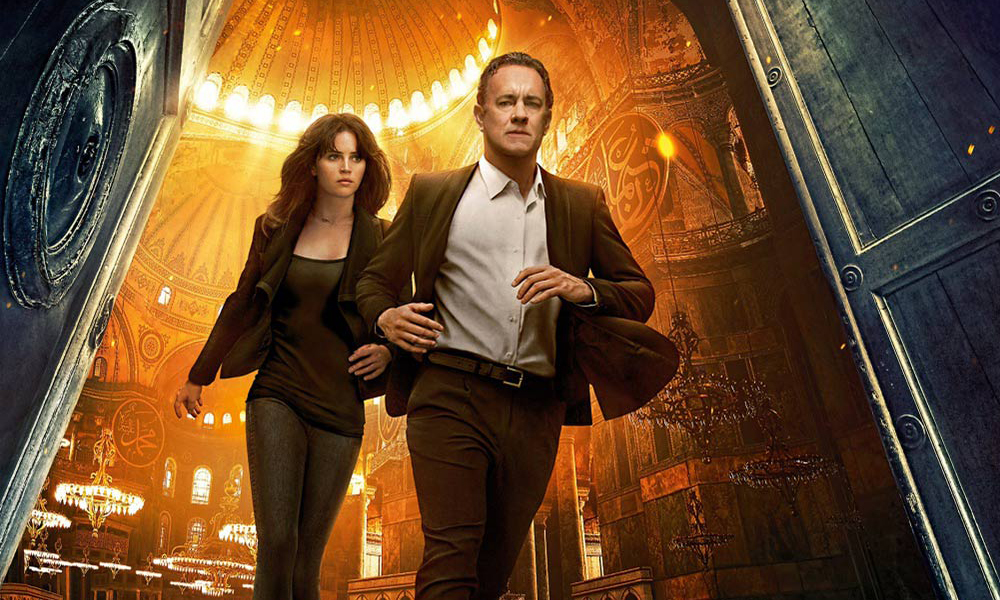 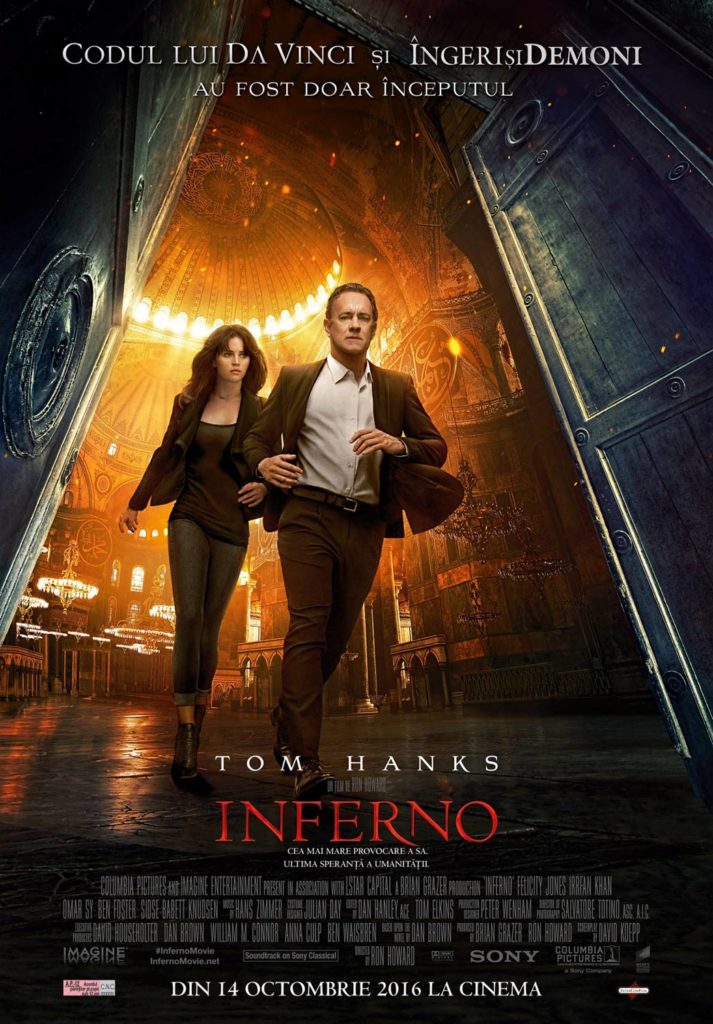 Just to get things straight, this is the third Ron Howard and Dan Brown story featuring the character of Robert Langdon. However, this is actually the fourth book in the Robert Langdon saga.

The first two Robert Langdon films had incredible premises wrapped into the very fabric of history. Now with a third film, reuniting director and star, can there be any surprises left? That was my largest dilemma about seeing Inferno. I wildly enjoyed both films and thought Hanks, despite the mullet, in the first film, was a great thinking man’s action hero. Yet, as the cast of characters and their motives are revealed, I felt as if there was no one I could trust. What I didn’t expect was that Robert Langdon himself would be one of the thieves in Inferno.

Relax, I spoiled nothing.

We find ourselves with Robert Langdon (Tom Hanks) in a hospital room in the city of Florence, Italy. Langdon’s doctor, Sienna Brooks (Felicity Jones), is quick to notice that Langdon is suffering from a head trauma that will affect his memory. A great twist on the thinking man’s action hero and a great way to start our tale. As Langdon sees the landmarks out his window, he has no recollection of how he ever got to that city. Before he and Brooks can start walking through the last few hours of Langdon’s life, a police officer arrives and starts shooting at them. Without a moment to lose Langdon and Brooks are out the door.

The plot of Inferno quickly unfolds as a brilliant millionaire, Bertrand Zobrist (Ben Foster), has a plot in the works to reduce the world’s population. This may sound like a James Bond villains’ diabolical plan, however, Zobrist believes that he will be saving the world. His rhetoric is that if you flip a switch you can save humanity and kill 95% of the world’s population. If you do not flip that switch, and leave things as they are, in 100 years, humanity will crush itself. Langdon comes into the fold as the first clue in his pocket to where Zobrist’s doomsday disease is. How and why are a complete mystery to him, but people want what he has and are willing to do anything for it.  As it happens, that first clue is a picture of Botticelli’s map of hell, titled Inferno, which was inspired by the works of Dante. Langdon notices that something is off with the painting and our thinking man’s adventure begins.

The memory loss of Langdon allows us to keep guessing, maybe longer than we normally would, on how he was handed the first clue. It also allows Ron Howard to indulge his visual eye and bring the La Mappa dell’Inferno to life. It may not be presented as a horror movie or psychological thriller, but Howard keeps us all on our toes as Langdon deals with what is real and what is not; in first the first half of the film.

There aren’t many roles where an actor can shine with all his talents on full display. Hanks is, without a doubt, one of the finest living actors. He can deliver the most serious of lines and follow them with a subtle smile or quip to remind us that this is just entertainment. Kudos to both he and Ron Howard for also telling a story where Langdon is completely vulnerable. Usually, by the third outing, the hero from the first film is no longer the timid, unsuspecting hero who has to rise to the challenge. By the third film, they are usually Superman. I just hope Dan Brown writes a fifth novel so that we can get a fourth movie because Hanks is superb in this role.

The film is as much as a thrill ride as The Da Vinci Code and does not create the angst that Angels and Demons provided.  Where Inferno stands apart is that it proposes an interesting question, that doesn’t look back to what happened or might have happened, it looks towards the future. Are we truly at the minute to midnight mark in the terms of population growth? The extremist alternative is unthinkable, so what is a practical and real world solution to our population problem? See, you can have a thrill ride and something to think about as well in a movie

Full disclosure: The ending of Inferno, the film, is different from that of “Inferno” the novel. It seems strange as certain elements, from the novel’s ending, are evident in the film. Who is to say that a director’s cut or expanded version of the film will not appear on Blu-ray and DVD, giving fans of the novel the ending they want. After all, The Da Vinci Code has an expanded version with an additional 26 minutes and Angels and Demons also has a slightly longer version too. Only time will tell.