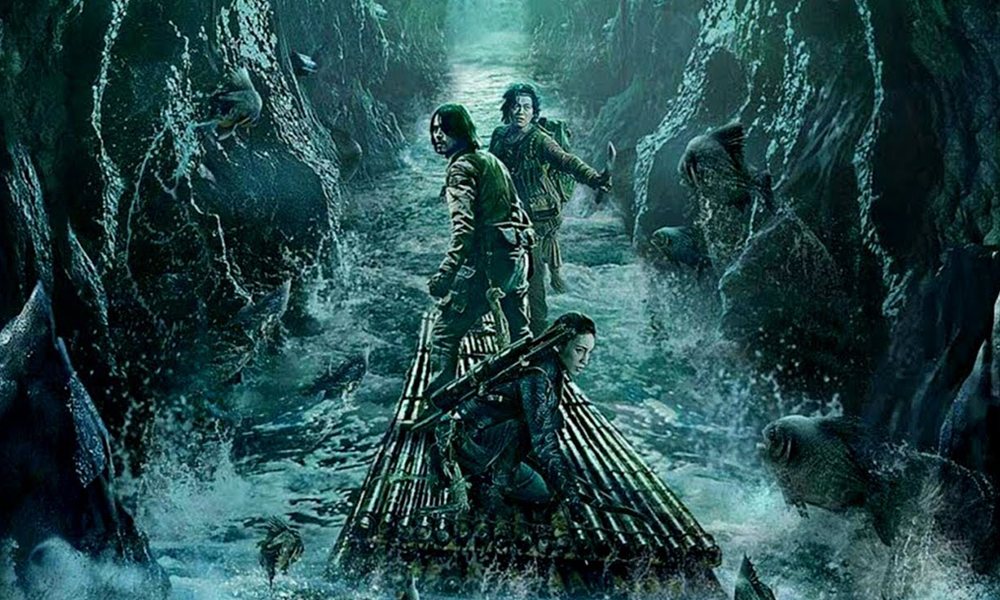 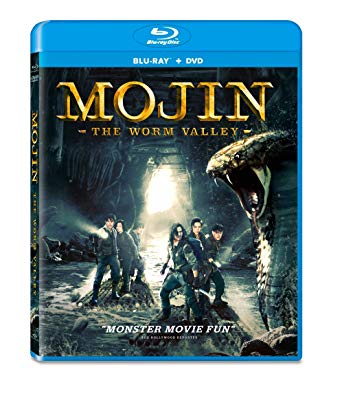 Mojin: The Worm Valley is the sequel to the 2015 film “Mojin: The Lost Legend” although there is no direct connection and there are different actors playing the same characters from the first film. These Chinese action/fantasy films are based on Zhang Muye’s best-selling, eight-volume fantasy book series “Ghost Blows Out the Light”.

An evil, ancient princess has set a deadly curse upon her people. Any who dared oppose her reign of terror were afflicted with a strange tattoo that would cause them to die an early death. Even worse the curse is hereditary and handed down from generation to generation. Now, in modern times, several intrepid tomb raiders and adventurers who all are cursed with the mark, go on a quest to find a mystical orb which can undo the curse. However, the orb is hidden within the tomb of an ancient emperor, located deep within the Worm Valley and guarded by all manner of strange and terrible beasts.

Leading the way is the heroic Hu Bayi and his girlfriend, the beautiful Shirley Yang. They are aided by Professor Sun, the foremost export on the ancient emperor whose tomb they seek. In all, the group is made up of six who wind their way through the mysterious, but beautiful valley, encountering a myriad of terrors including deadly viper fish, giant crabs, and ferocious reptiles.

The horrors of the various creatures they have to battle is contrasted by the stunning beauty of the valley which includes a spectacular floating island which experiences all four seasons within each single day. The incredible cinematography and art designs are the strength of the film and feel conjured up right out of the most whimsical of enchanted fantasy realms and is the highlight of the film.

The CGI effects vary greatly from very good to SyFy channel quality. One could live with the uneven quality of the visuals if the plot and characters were better defined. The fact is we learn very little about any of the characters other than they were placed to provide a certain type such as a romantic interest or comic relief. When most of the group wants to quit and return home to live out the rest of their short lives, it’s up to Hu Bayi to provide a campy, clichéd rah rah speech to keep the group moving towards their goal.

A gorgeous film, ultimately Mojin: The Worm Valley disappoints because the payoff is weak and unsatisfying and even worse, sets up another sequel when this film was only perhaps 60% complete. A moderate recommendation for the visuals and action sequences but wholly forgettable.