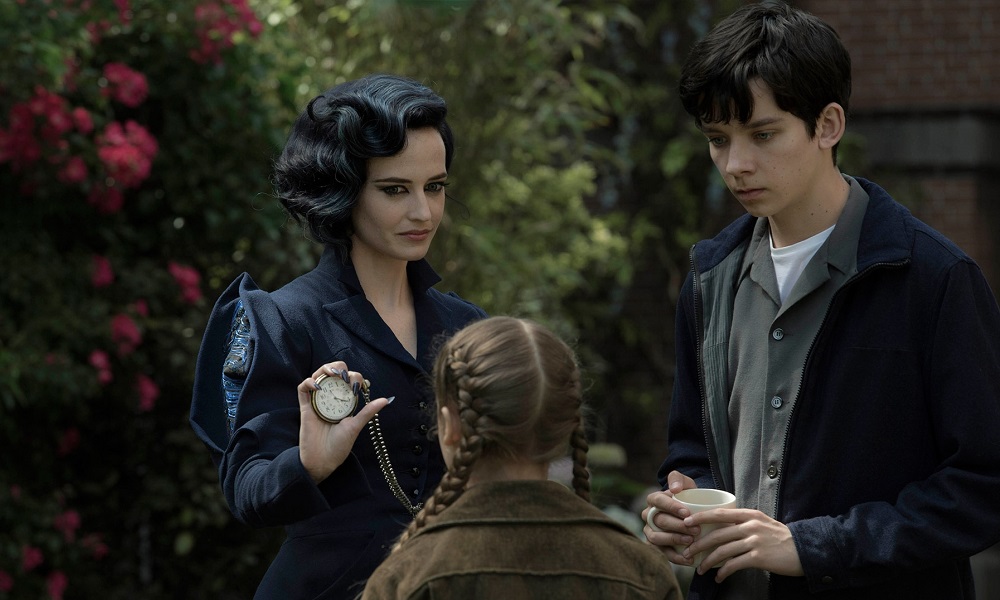 Tim Burton has not had a smooth run of late. Critical acclaim has been thin on the ground, and even his once-formidable box office power has diminished a great deal (with the notable exception of Alice… which has not aged well at all). The bugaboos of his work aren’t new. Beautiful visuals, no story, shambling cinematic wrecks that look pretty but can’t hold together as a compelling film. We accepted the reality of that a long time ago, but it hasn’t made it any easier to watch one of cinema’s true visionaries succumb to his flaws in project after project.

Miss Peregrine’s Home for Peculiar Children throws him a big lifeline by providing him with a ready-made story with a beginning, a middle and an end. The structure comes courtesy of Ransom Rigg’s source novel about a magical school where those with strange and unusual abilities can be who they are in peace. Wags have dubbed it Tim Burton’s X-Men, but the title isn’t necessarily a criticism. It fits right into the director’s wheelhouse, there’s plenty of grist for his signature visual style, and with the luminous Eva Green serving as mistress of ceremonies, the reasons to say “no” start to drop precipitously.

We see it all through the eyes of Jake (Asa Butterfield), a Florida teen who feels invisible and struggles with the reality that his wonderful grandfather (Terence Stamp) may not have been the man he thought. Pop-pop regaled him for years with stories about Miss Peregrine, who can turn into a bird and has the power to reset time as a means of keeping her charges safe. Apparently it was all poppycock. Then grandpa dies in the woods – with his eyes missing no less – and Jake gets a wake-up call not only about the school, but the pointy-toothed monsters hunting its unique inhabitants.

It’s not the most original concept in the world, but it’s definitely serviceable, and with that structure in place, Burton can properly cut loose. It still requires a little hand-waving: the logic of time travel never quite sorts itself out and there are points when you just have to conveniently ignore the plot holes gaping in front of you. But they prove easier to get around than we’d expect from the director, and Butterfield’s plucky hero (along with Ella Purnell as his literal airhead of a new friend) gives a keen rooting interest in the outcome.

Credit too goes to Samuel L. Jackson, as the villain of the piece, who steps out of his usual Badass Motherfucker persona to remind us that the man can fit in to almost any project if you give him enough material to work with. Burton’s sense of circus-like whimsy lets the remaining denizens of Miss Peregrine’s home find their groove too – more concepts than characters, but no less delightful for it – and Chris O’Dowd is surprisingly effective as Jake’s well-meaning Muggle of a father.

At the end of the day, however, the movie belongs to Green, another in her seemingly endless parade of quirky, off-beat characters who light up the screen whenever they appear. She served as the sole saving grace to Burton’s wretched Dark Shadows reboot, and with better material to bolster her here, she takes her natural confidence and sense of mischief to create the kind of schoolteacher we all wish we had.

Which isn’t to make too much out of this handsome bauble: overpraise can hamstring a modest delight as much as unduly harsh criticism. Nobody reinvents the wheel with Miss Peregrine, and considering how well we all know the director at this point, it doesn’t deliver anything unexpected. But we forget sometimes what kind of wonders Burton can still produce: wonders that come from no other director and which are no less amazing for the flawed material that sometimes accompanies them. Miss Peregrine clamps down on the liabilities enough to let the assets shine, and thirty years after Pee-Wee’s Big Adventure, they’re still assets well worth paying attention to. It makes good on its promises, and if it can’t do more, what of it? One doesn’t always have to fly to the moon. Sometimes, it’s enough just to fly.