Midwinter of the Spirit DVD Review 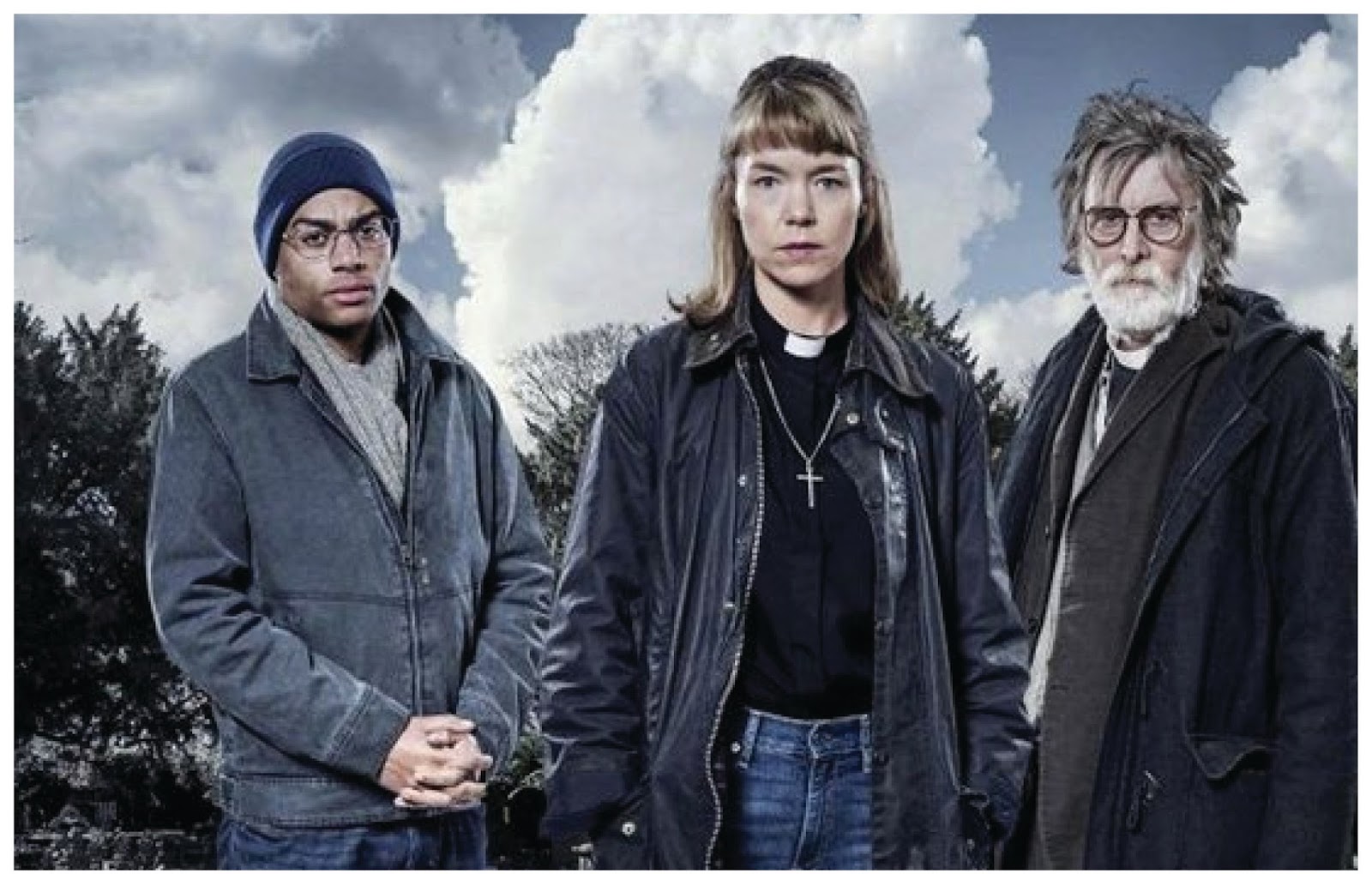 Midwinter of the Spirit was a three episode BBC TV mini-series based upon a long running series of supernatural mystery novels written by Phil Rickman. The novels center on Merrily Watkins, a female vicar in the Anglican Church who trains to be an exorcist, or deliverance minister. After the death of her husband in an auto accident, Merrily (Martin) moves, along with her teenaged daughter Jane (Messham), to rural Hereford to become the new deliverance minister, replacing the retiring Canon Dobbs. 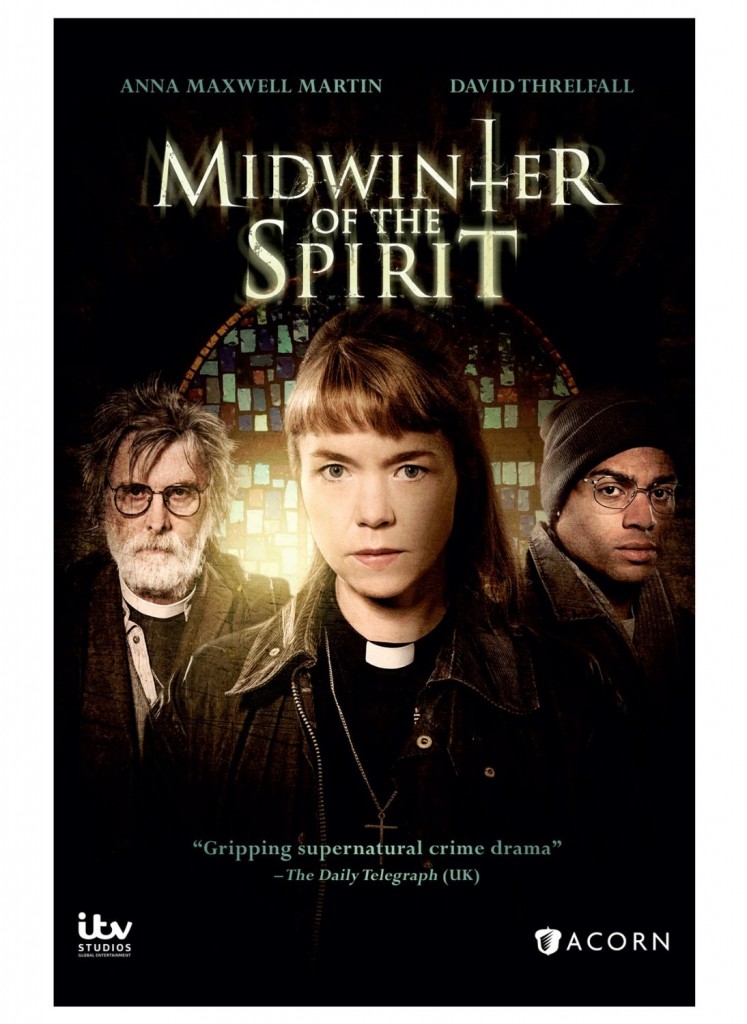 Shortly after she takes her new position she is called in by the local police to help them on a grisly, cult like murder when a man is crucified in the woods. Although she has begun her training as an exorcist, Merrily is still unnerved by the gruesome murder scene. But there are more strange things afoot in the quaint, little village.

Merrily is asked by the nurses at the local hospital to attend the bedside of Denzil Joy, a notorious and sadistic abuser who lies near death. Joy gasps his last breath but then inexplicably sits up and grabs Merrily’s hand, digging his rotted fingernails into her, drawing blood. Meanwhile Canon Dobbs is acting strangely, gibbering like a madman. Not long after he is also found murdered. Along with the help of her tutor, Huw, Merrily begins to suspect that the murders are connected and that Denzil Joy was at the center.

Life continues to get complicated for Merrily when her rebellious daughter and a troubled new school friend meet a wealthy tavern owner named Angela who begins to exert her toxic influence over the teenagers. The injury that Denzil Joy inflicted on her refuses to heal while she is plagued with horrible nightmares. When another nearby church is desecrated it becomes evident that a Satanic cult is at work and Merrily must somehow stop them while dealing with her own insecurities.

Midwinter of the Spirit is like many British productions, concentrating more on atmosphere and character development than action. While there are supernatural elements it isn’t a series heavy on scares or CGI effects. The deliberate pace and slow build is likely to turnoff viewers who are used to more “in your face” types of horror shows and films. Director Richard Clark intertwines the mystery and supernatural aspects with equal importance although most viewers won’t have a lot of trouble piecing things together rather easily.

Merrily is hardly a heroic character. She is filled with self-doubts about every aspect of her life, from becoming a vicar and exorcist, to her failings as a wife and mother. She isn’t a character who is easy to like, especially early on. Ultimately you can’t help but root for her as everything in her life begins to fall apart.

Her tutor, Huw Own, played by veteran David Threlfall is a curmudgeon and an unapologetic sexist. He doesn’t believe that Merrily, as a female, is up to the rigors of the position but he is still fiercely protective.

Midwinter of the Spirit was the second book in the series by Rickman which to date is now up to 13 books so this story depicts Merrily Watkins early in her career as a deliverance minister. While it doesn’t provide many chills its combination of horror, mystery, and strong performances definitely makes it worthwhile.