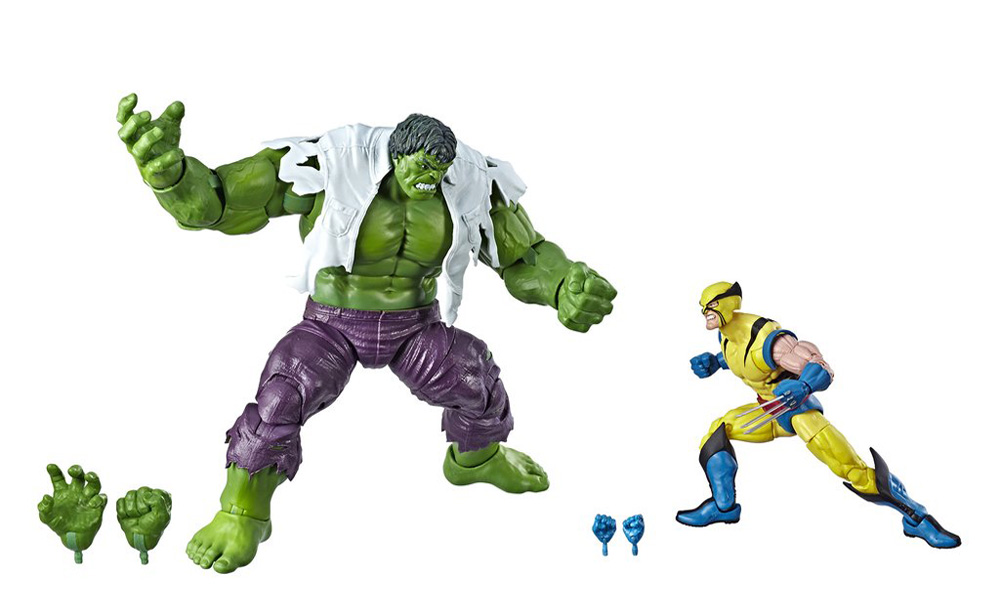 Celebrate 80 years of Marvel with the Marvel Legends 80th Anniversary Wolverine and Hulk 6-Inch Action Figures! With tons of great articulated characters from the most popular movies and comics, this collection brings new dimension to the world’s mightiest heroes and villains. Inspired by the first-ever appearance of Wolverine in the comic books, this two-pack recreates their first battle as fists fly and rage surges! 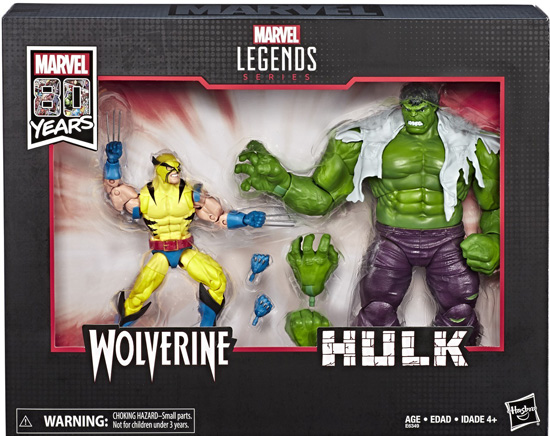 In 1974, Marvel Comics released issue number 181 of The Incredible Hulk and unveiled Wolverine for the very first time. In the decades since this appearance both Wolverine and Hulk have become icons of comic book lore. With this Marvel Comics 80th Anniversary Legends Series 2-pack, fans can add a piece of Super Hero history to their action figure collection.

Check out this exclusive figure at Entertainment Earth and get your pre-order in now! Marvel 80th Anniversary Wolverine and Hulk figures