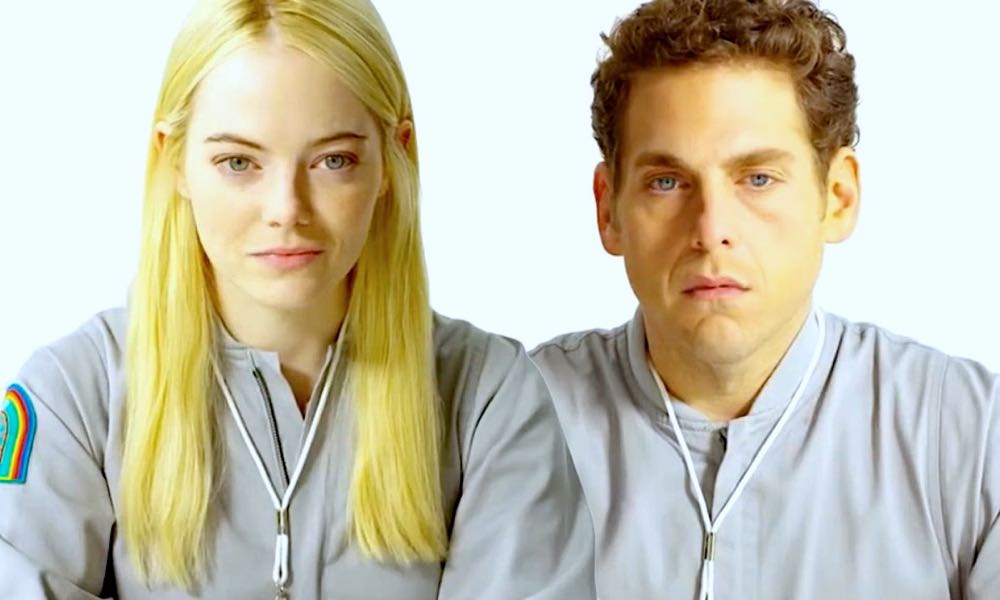 Set in an alt-version of our near-future, Maniac boasts a dynamite leading pair in Emma Stone and Jonah Hill; the often-Oscar-nominated duo play two strangers taking part in an experimental pharmaceutical trial. Justin Theroux is onboard as the new drug’s creator, Dr. James K. Mantleray, who promises a medicine that can cure any mental ailment. Things get pretty crazy soon after it begins.

Here’s the synopsis: Set in a world somewhat like our world, in a time quite similar to our time, Maniac tells the stories of Annie Landsberg (Emma Stone) and Owen Milgrim (Jonah Hill), two strangers drawn to the late stages of a mysterious pharmaceutical trial, each for their own reasons. Annie’s disaffected and aimless, fixated on broken relationships with her mother and her sister; Owen, the fifth son of wealthy New York industrialists, has struggled his whole life with a disputed diagnosis of schizophrenia. Neither of their lives has turned out quite right, and the promise of a new, radical kind of pharmaceutical treatment—a sequence of pills its inventor, Dr. James K. Mantleray (Justin Theroux), claims can repair anything about the mind, be it mental illness or heartbreak—draws them and ten other strangers to the facilities of Neberdine Pharmaceutical and Biotech for a three-day drug trial that will, they’re assured, with no complications or side-effects whatsoever, solve all of their problems, permanently. Things do not go as planned. It does sound like an intriguing subject to play with a lot of potential for some crazy.