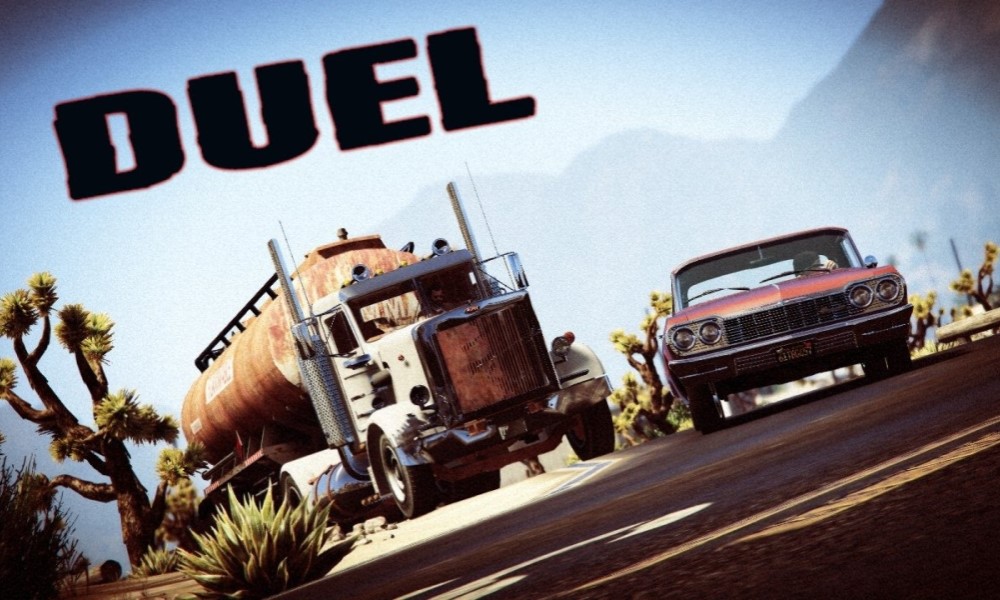 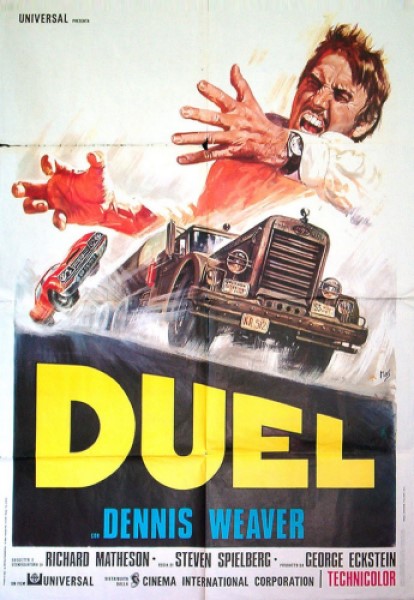 Today, I’d like to talk about a film called “Duel”. Duel was the directorial debut of a guy named Steven Spielberg, perhaps you’ve heard of him. The story was written by legendary horror writer Richard Matheson whose stories have been adapted into numerous films including “I am Legend”, “A Stir of Echoes”, “The Legend of Hell House”, and “Real Steel”.

The plot of Duel is about as simple as one can get. Dennis Weaver plays “David Mann” who is driving through the Mojave Desert on a business trip. He innocently passes a slow-moving tanker truck on the highway, thus beginning a day-long nightmare as the psychotic trucker follows and harasses him throughout his trek.

Weaver is brilliant as the stressed and terrified Mann. The film features only a small cast of supporting characters that are encountered as he desperately tries to flee the trucker, so he carries the weight of the film on his back. It’s a slow burn as Weaver goes from anger and confusion to desperation and panic.

Spielberg was just 25 years old when he directed Duel but it would be clear that he was a future star. It would only be a few years before he would secure his place in history by directing “Jaws”. Duel was so successful that Universal Studios had Spielberg film additional scenes, adding 15 minutes to the running time, so they could give it a theatrical release overseas in 1972.

Duel is a pure masterpiece of tension and suspense. It is brilliantly acted and directed and nearly fifty years later it has lost none of its potency.