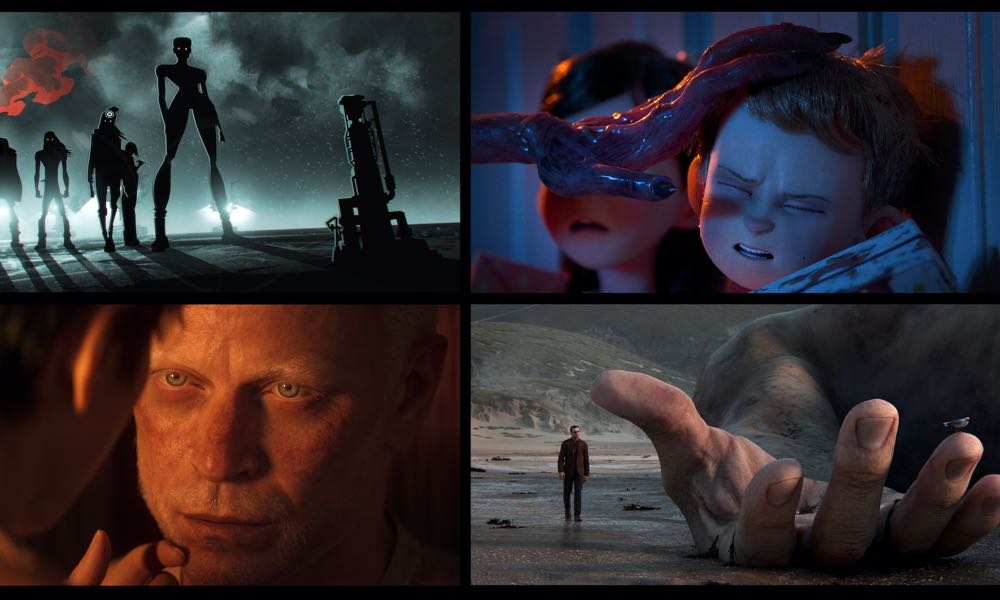 I watched the second season of the short story anthology series Love, Death, and Robots last night. Like the first season, the series reminded me of the almost limitless scope of what animation can accomplish on the screen and how to use it in ways live-action cannot to enhance a story. Recent animation examples have further managed to blur the lines between what’s real and what isn’t.

Admittedly, many people won’t even consider watching anything animated because they consider it ‘kid stuff’ and only suitable for children. They are obviously not acquainted with genre fans. Those people are dead wrong, and in many ways, animation has grown up a lot in the last few decades. Those people should consider that animation composes a large part of most popular movies these days. We all take CGI for granted these days, but there have been immense strides in this medium since its recent creation, and the amount of sophistication in the art form has increased a hundredfold easily. The artwork in this series is impeccable and dazzling, and just like the first season, the series incorporates a variety of animation techniques. There’s plenty of tropes here; a practiced eye can see influences from some of sci-fi’s most classic movies in almost every episode. But the artwork is not the only strength of this series; the storytelling is also at the top of their game.

There are only eight episodes this season compared to season one’s eighteen episodes, possibly because of the pandemic. These stories range from amusing to horrific and the silly to sublime. Others are more along the lines of classic sci-fi fare like technology out of control or introducing an alien environment, some futuristic existence, or a story in outer space. They are:

(1) POP SQUAD: The season’s first story tells of a frightening future dystopian world where not much has changed. It’s still a world of haves and have nots, except the stakes are much higher.

(2) LIFE HUTCH: This is one of the stories about technology out of control and is a simple take of  one pilot’s survival

(3) ICE: This enjoyable story about two brothers on a futuristic alien world and the strange way they find to bond is a little more nuanced and maybe even sentimental than the others.

(4)THE TALL GRASS: A train ride at night becomes a terrifying experience for one passenger.

(5) AUTOMATED CUSTOMER SERVICE: Another very amusing tale of technology out of control and one woman’s battle with technology

(6)ALL THROUGH THE HOUSE: A creepy take on Christmas when two small children decide to try to catch Santa when he visits.

(7)THE DROWNED GIANT: This one is unlike any other story in the collection, not only because of its unusual subject but in the way it’s presented. The entire episode is narrated by a single male voice speaking in the 19th century, which bestows the episode with a certain charm of its own.

(8)SNOW IN THE DESSERT: Not certain if this one portrays a future Earth or another planet. When a recluse visits a small town, he encounters something he didn’t anticipate.

I have long lamented the fact there is not a genre short-story anthology on television. This series represents a strong argument in favor of becoming a reality (I think Amazon has just launched a genre anthology series). Although season 2 is much shorter, Love, Death. And Robots remains as amusing, surprising, and plain old entertaining as the first, and I hope this series enjoys a long run.