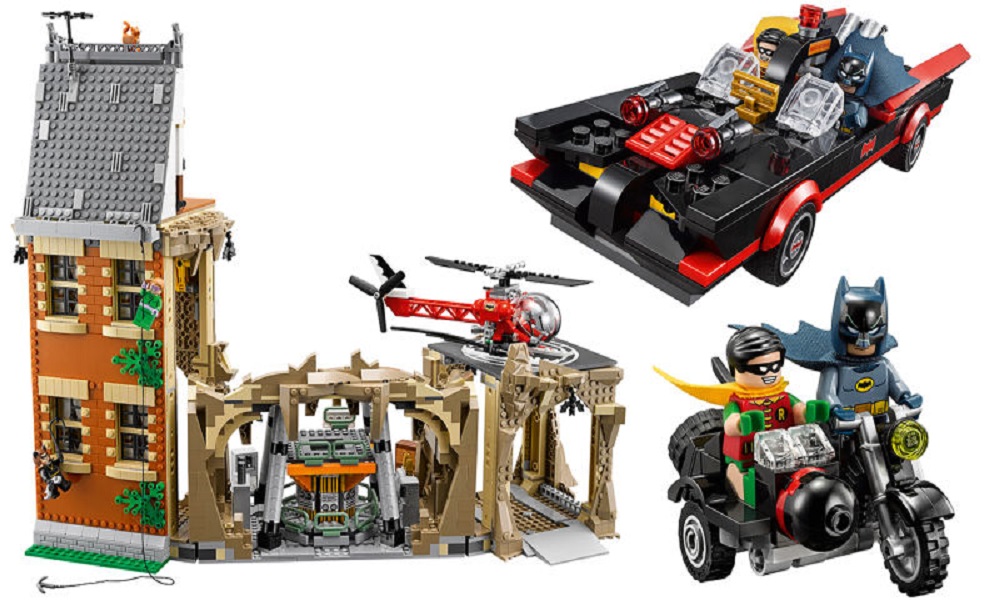 Holy plastic bricks, Batman! To celebrate the 50th anniversary of the classic ’60s Batman TV series that originally premiered January 12, 1966, starring Adam West and Burt Ward, Lego today launched a new set — the Classic Batman TV Series Batcave.  And how cool is this!  Just check out the pics below! 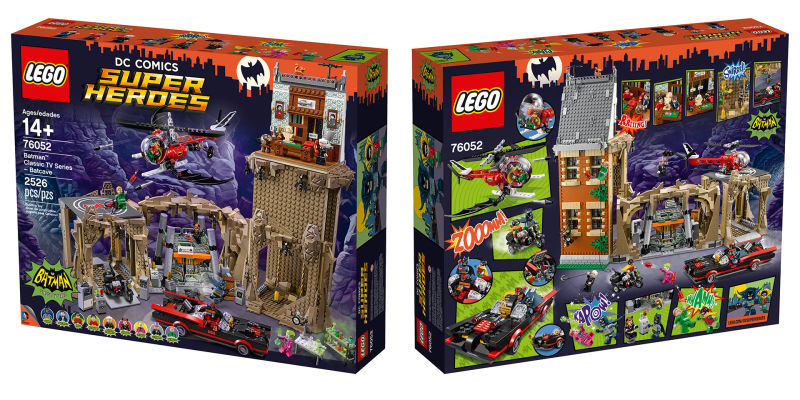 Hitting shelves on March 1, this elaborate Lego set includes over 2,500 pieces so fans can build the classic Batcave hideout.

No detail has been spared in this set, which consists of the Bat Lab with the Batcomputer, various gadgets, a lie detector machine, Bat-gadgets and test tubes with translucent elements.

This special Lego model also has a Wayne Manor section with an exterior wall for Batman and Robin to climb up, just like in the show. Bruce Wayne’s study features the iconic Batphone and a faux bookcase that slides open to reveal the secret entrance to the Batcave.

There are even poles for Bruce Wayne and Dick Grayson to slide down and transform into their crime-fighting alter egos. The set comes with a generous nine minifigures too: Batman and Robin, Bruce and Dick, butler Alfred and villains Catwoman, the Riddler, the Joker and the Penguin. 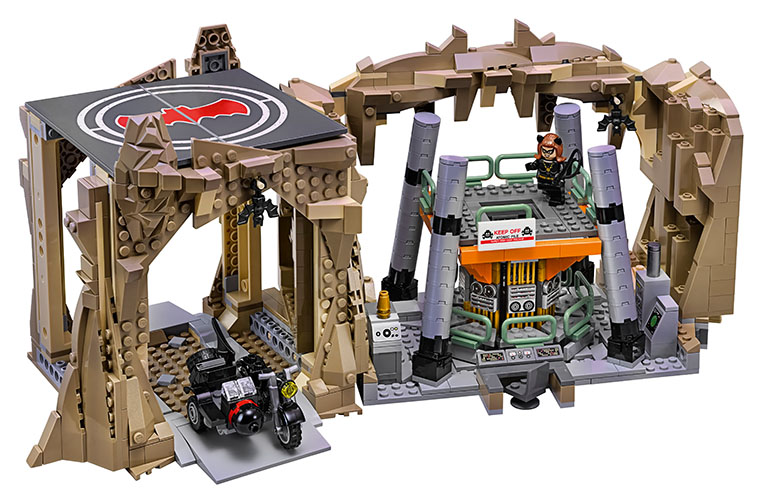 Of course, the Batcave set also houses the Caped Crusader’s prized vehicles. There’s the Batcopter — with flick missiles and a helipad to land on — the Batcycle, and of course, the Batmobile, which has stud shooters. Weapons include the Joker’s and the Riddler’s TNT, Catwoman’s whip and Penguin’s umbrella. Batman has his Batarangs, rope, grappling hook and handcuffs. There’s even a cat for Catwoman.

This Lego set retails for $270 so start saving now!