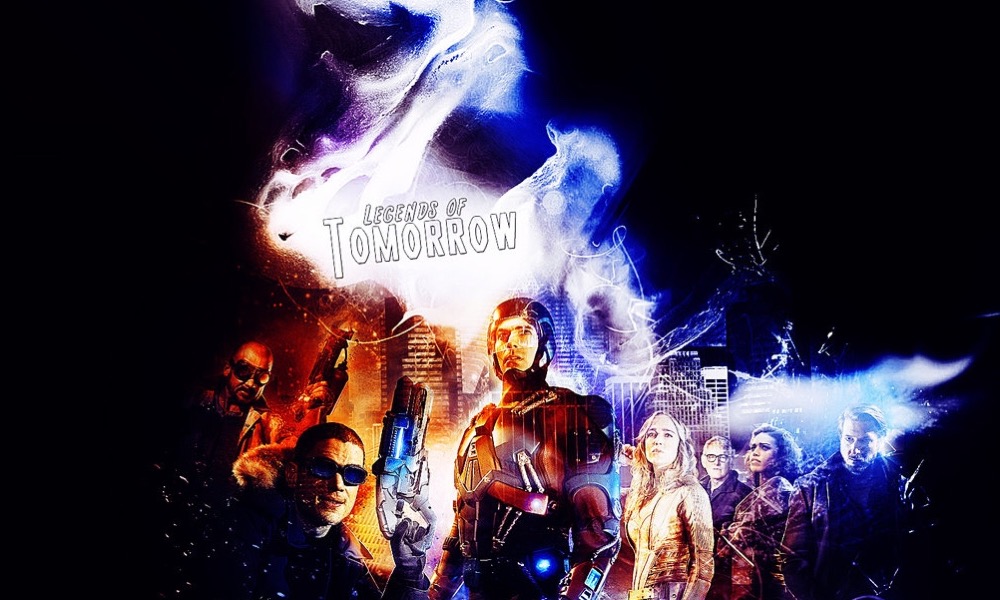 Curiouser, and curiouser. I find a lot of the decisions made by this series show runners puzzling to say the least. Like the decision to make this so far disappointing show an attempt at being as lighthearted as it appears to be attempting to be. It fails in most of its attempts at humor. We are not amused, simply disappointed, and confounded by the poor dialogue and writing.

It is next to impossible to not compare this show to other more successful ensemble genre productions, namely Guardians Of The Galaxy, and of course, The Avengers. Both of these examples depict the same themes of a team coming together, the inherent conflicts that arise, and the friction between the massive egos involved in the narrative. This episode begins on the same note with a testosterone driven competition over who will emerge as the alpha male in the group.

The contest for who gets to be leader of the group is mostly depicted as being between Ray Palmer/Atom and Leonard Snart/Captain Cold, while Rick Hunter, who i assumed would be taking the role of leader in the team takes a back seat in all this and only speaks up to mock the team when they screw up. This all results in the all-too-predictable effect of creating more problems for the group and and causing it to fail in its missions more than once in the episode.

When the team finally gets a bead on Vandal Savage in the past, their antics result in nearly getting them killed more than once, until Firestorm is portrayed saving the day by absorbing the energy of a small nuclear device after it detonates. This scene was visually entertaining along with some of the other purely visual aspects of the show. The visuals are not the problem with this series. Its the characters which  the show has failed to get me to care about.

For example Victor Garber is widely recognized as a great actor. I was a big fan of his as Jack Bristow, the cold hearted killer he portrayed in Alias, because he was so convincing in the role. Here he is portrayed as a bland, clueless, doddering nuisance of a man, his acting skills go virtually untapped in the role he occupies as Professor Martin Stein. It is puzzling why the show decided to make him so uninteresting.

One thing i did agree with in this episode was the death of a team member that came as somewhat of a surprise. It happened soon after i was thinking, as I watched, it might have been mistake having him as part of the team in the first place. It seemed to only serve the purpose of revisiting the ancient link between him and another team member, over and over again, which was beginning to become tiresome. It may seem callous to say so, but I was kind of relieved when it happened.

The episode also brings up the issue of paradoxes inherent in time travel stories. When Atom loses part of his suit, it sets up the notion of the team actually causing Savage’s future as being a successful world conquerer by supplying him with 21st century tech in 1975. The visit to the period and a meeting with the younger Stein also provides another example of how the group’s presence in the past could interfere with the timeline in the future. This visit is also used to bring up the subject of mairjuana use and which team members might be inclined to indulge in it. This does provide an irrelevant, but mildly amusing tangent when White Canary is shown confiscating some joints of the substance as they leave.

The episode seemed to waste a lot of its time on stuff that didn’t matter to me without progressing the story in any interesting manner, the episode ends with them once again vowing to work together as a team to accomplish their mission of ending Savage’s world conquering campaign, this time in the name of their fallen  comrade. The only thing is the episode failed to get me to care. While i have not given up on it completely, (its much too early in the show for that) it has a long way to go to convince me its worth my time to follow or care what happens to this group of so called Legends in the future.