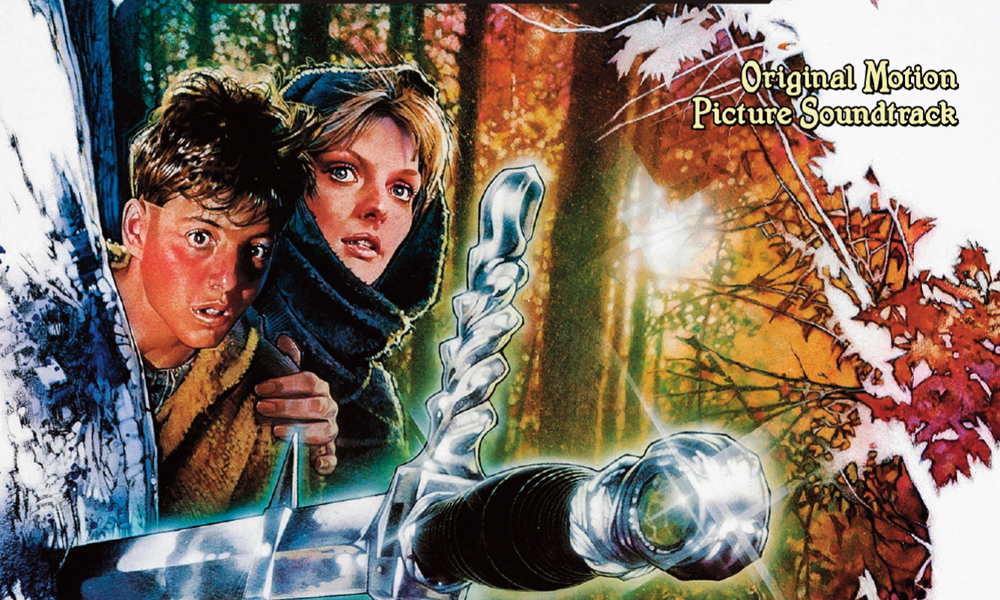 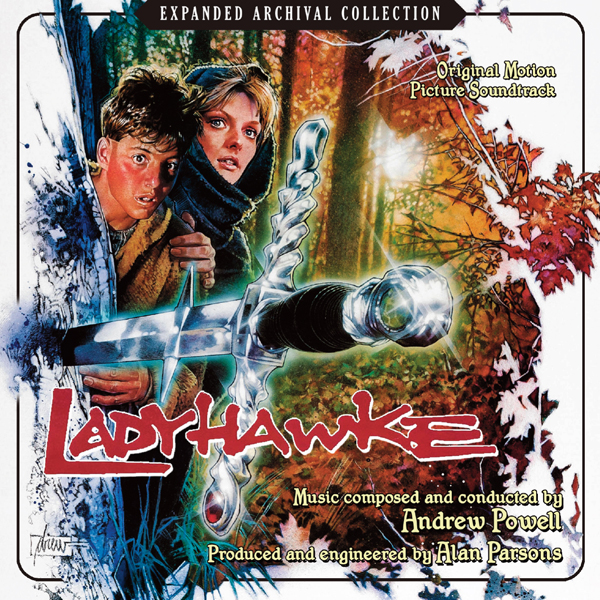 Ah, the eighties. Never has a time of film been more defined by its music. The 80’s produced some of the greatest soundtracks for motion pictures ever. It also produced a strange collection of ill fitting scores that doomed films to be trapped there forever. One of the greatest examples of an eighties score working is Alan Silvestri’s Back to the Future. Certainly, Robert Zemeckis could have dated the time travel film with eighties and fifties music. Those pieces are there, but it is Silvestri’s music that makes it truly timeless. This cannot be said about Andrew Powell’s Ladyhawke score, released the same year. However, at its very heart, it is still a classic.

For those of you unaffiliated with the Richard Donner directed Ladyhawke, here is what you have been missing out on. Set several years after the Black Plague has ravaged Europe, Philippe Gaston (Matthew Broderick) escapes the dungeons of the city of Aquila. This feat has never been accomplished before and thus begins the manhunt for Philippe. On the road, Philippe encounters a dark stranger named Navarre who travels with a hawk. He is the former captain of the guards at Aquila and is traveling towards the city to enact his revenge on the cruel bishop (played by John Wood). Philippe reluctantly agrees to head back to Aquila to help Navarre,. The magic kicks in at night when Navarre disappears. In his place is a beautiful woman named Isabeau (Michelle Pfeiffer) who travels with a wolf. Are they real? Philippe learns that both Navarre and Isabeau are cursed to be forever together and eternally apart as the animal companions of one another. A curse the jealous bishop placed on both of them.

The film itself is incredible as both a love story and as a medieval legend that never was. What is so incredibly jarring, today, is the film’s score. Andrew Powell, who only composed a score for one other film, Rocket Gibraltar (1988), has an incredible sense of the love story behind the film. In fact, his music is at the very heart of those moments. “Navarre Dreams of Isabeau” and “Philippe Describes Isabeau” are two instances that prove the power of music and film coinciding in harmony  What is the great deterrent to the whole score has to be Alan Parsons’ contribution to the film. Listening to opening titles (HERE) alone gives you a sense of how the two do not mesh well together.

The score is riddled with inconsistencies. If you are not a fan of the film or never heard the score before, it is difficult to understand the experience. At best, it is as if hearing “Night on Disco Mountain” before ever hearing “Night on Bald Mountain”. Or better yet, placing them in the same film. Yet, why should one buy the score and why did I give it an “A” rating? The answer is simple, the film itself. Ladyhawke is truly one of the forgotten great eighties films that has only one problem, Alan Parsons’ rock engineered over-synthesized music. LA-LA Land has supplied fans of the film with every single piece of music written for it. The upbeat propelling rock music that is supposed to move the plot along is so ill fitting, it makes you wonder why they shot the hawk with an arrow and then made Matthew Broderick ride off on a giant horse into the horizon to save it. Wasn’t Isabeau’s impending death enough momentum?

Pulling back, the reason film soundtrack aficionados need this score are the 40 plus tracks of unreleased music. That love theme and magic are never more prevalent than they are in “Navarre and Isabeau’s Dual Transformation* 3:24”. If you haven’t discovered the magic of Ladyhwake, it is time that you do so. Just remember, the music will propel you directly into the heart of the eighties.