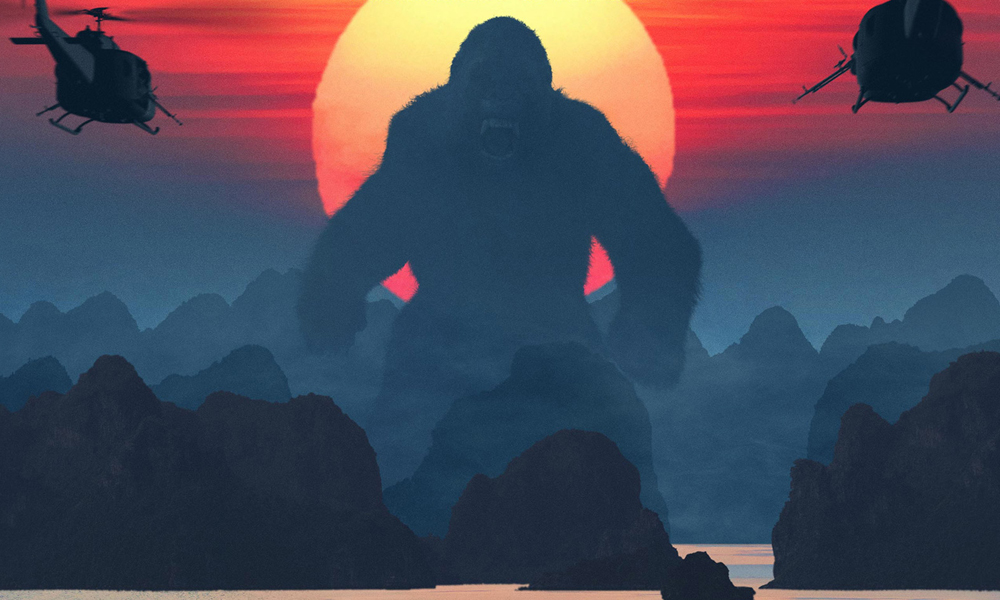 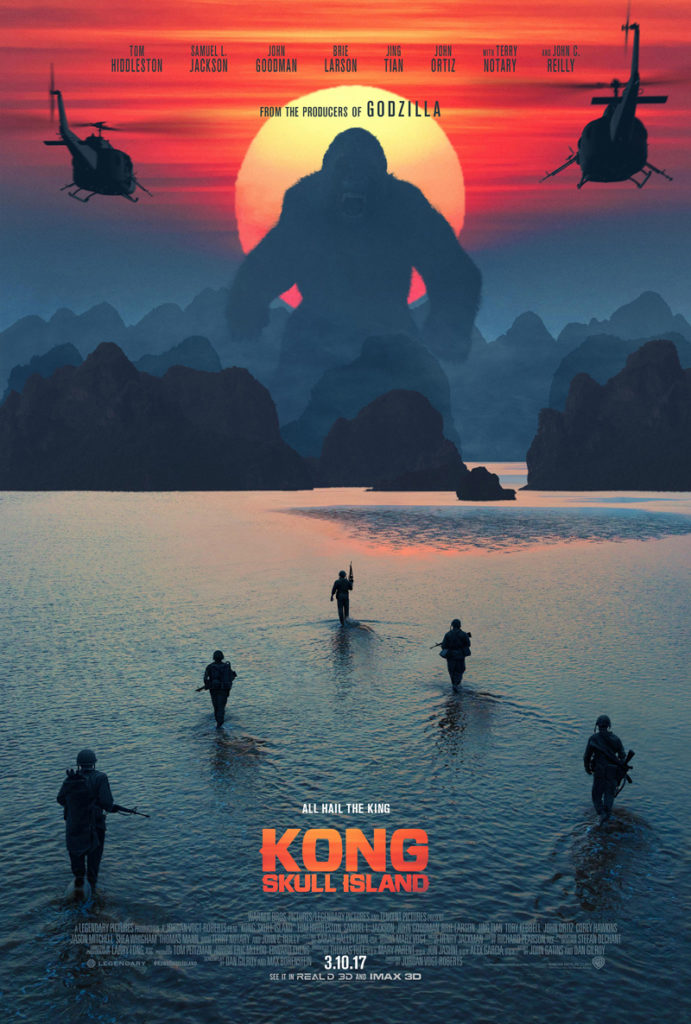 We are less than two weeks away from Kong: Skull Island. Warner Brothers has released both a new trailer and a VR experience to further the hype. Check out both below!

Synopsis: A diverse team of explorers is brought together to venture deep into an uncharted island in the Pacific – as beautiful as it is treacherous – unaware that they’re crossing into the domain of the mythic Kong.

Press Release: Enter the world of Skull Island and experience a face-to-face encounter with the king.

As the the ultimate monster icon returns to the big screen in Kong: Skull Island, Warner Bros. and Legendary present an immersive 360-degree experience that brings the mighty Kong to life in VR for the first time.

Developed by Legendary VR, ILMxLabs and the same VFX team that worked on the film, this visually stunning adventure places YOU at the center of an epic battle sequence as you join the Sky Devil helicopter squadron on a flight across the uncharted destination of Skull Island.

Lt. Colonel Packard (Samuel L. Jackson) will be your guide as you join a mission into myth. But beware the epic forces of nature you may awaken. Monsters exist, and you don’t belong here…

KONG VR: Destination Skull Island is an unmissable chance to get up-close-and-personal with the biggest Kong in Hollywood history, and don’t miss his return to the big screen on March 10.

Kong VR: Destination Skull Island will be available tomorrow on YouTube 360 at 9AM PST and Tuesday, February 28th, at 6pm PT at 1500 Samsung Retail Demo Locations, 15 AMC Theater Locations and on the Samsung VR store.