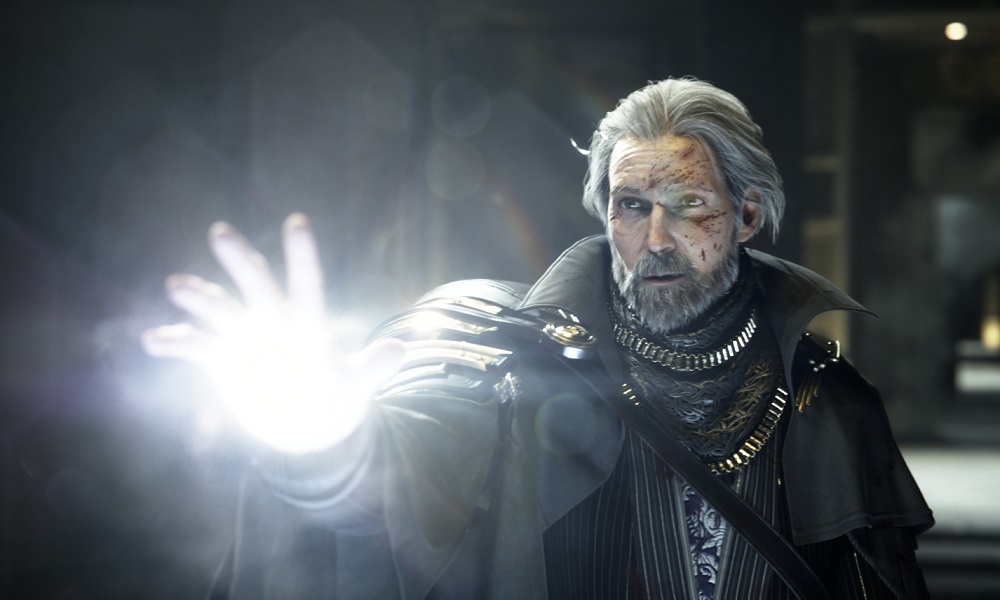 Kingsglaive: Final Fantasy XV is a feature-length, computer animated film based upon the long-running videogame series and particularly upon the upcoming Final Fantasy XV due out in November. While I still don’t think that animated films geared towards adults have reached a point where they are theatrically viable (at least in the U.S. market) they definitely have their core followers. Let me preface this review by saying I was never a big player of the game series and probably haven’t played one since back in the Playstation One days. While a familiarity with the series might be helpful it’s not necessary. 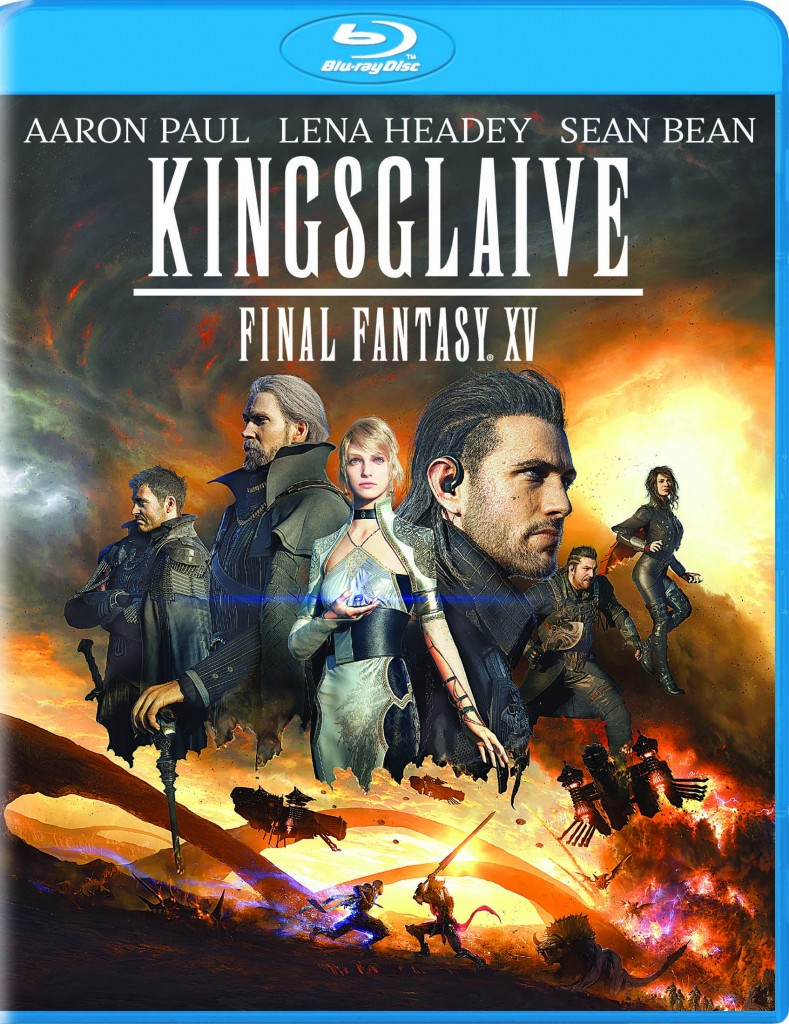 The film is set on the world of Eos where two powerful kingdoms are locked in war. Lucis is a kingdom of magic and possesses the last of the world’s potent magical crystals which they use to construct a magical defense barrier. The power of the crystal comes from the Gods themselves and is channeled through a ring wielded by King Regis (Sean Bean). Opposing them is Niflheim, a kingdom of highly advanced technologies who also utilizes monstrous demons which they have used to conquer all the other lands in the world.

In an opening prologue set 15 years earlier, the queen of Tenebrae, an ally kingdom to Lucis, is killed by General Glauca, supreme commander of Niflheim’s military and her children, Princess Lunafreya (Heady) and Prince Ravus are captured by Niflheim. Ravus has grown up despising King Regis, blaming him for his mother’s death. In present day, Niflheim launches an overwhelming attack against Lucis who is defended by an elite group of warriors called the Kingsglaive, men and women capable of channeling the King’s magic. Inexplicably, Niflheim retreats and sends an envoy to King Regis to negotiate a peace treaty which would include the Princess Lunafreya being wed to Regis’ son Prince Loctis. But the Emperor of Niflheim has far more sinister intentions than peace.

Kingsglaive: Final Fantasy XV throws a dizzying array of characters at the viewer in its near two hour running time and honestly it’s hard to keep them all straight. We have Kings, Emperors, Princes and Princesses, Kingsglaive members, guardsman, and advisors spilling out all over the place. The main protagonist of the story is Nyx Ulric (Paul), a hero of the Kingsglaive and the one charged with protecting Princess Lunafreya. Character development and background narrative are not the film’s strength. I would argue that the average video game does a better job with character development than the movie. There is little to say about the two kingdoms other than Lucris is the good one and Niflheim is the bad one…and they are fighting. There’s little in which to emotionally attach. A post-credit scene actually leads into the upcoming game which will explore a different side of the story.

Now, the sparsity of story is countered by the simply magnificent animation. Think about those great cut scenes in videogames and this is a film filled with that kind of quality throughout. The photo-realistic look is amazing. The character movements are fluid and the film is at its best during the many battle sequences. There are gargantuan “boss-like” monsters including a tentacled creature that seems like it was torn from the pages of an H.P. Lovecraft story. The fight sequences alone make it worth watching.  The voice acting is decent, headed by Game of Thrones alums Bean and Headey although there is also a lack of emotion in some of the performances.

While it might be lacking in substance, making its 115 minute runtime seem substantially longer, Kingsglaive: Final Fantasy XV  definitely has dazzling style and outstanding battle sequences.  Look for it on Blu-Ray and DVD on October 4.