31 Days of Horror: Kingdom of the Spiders 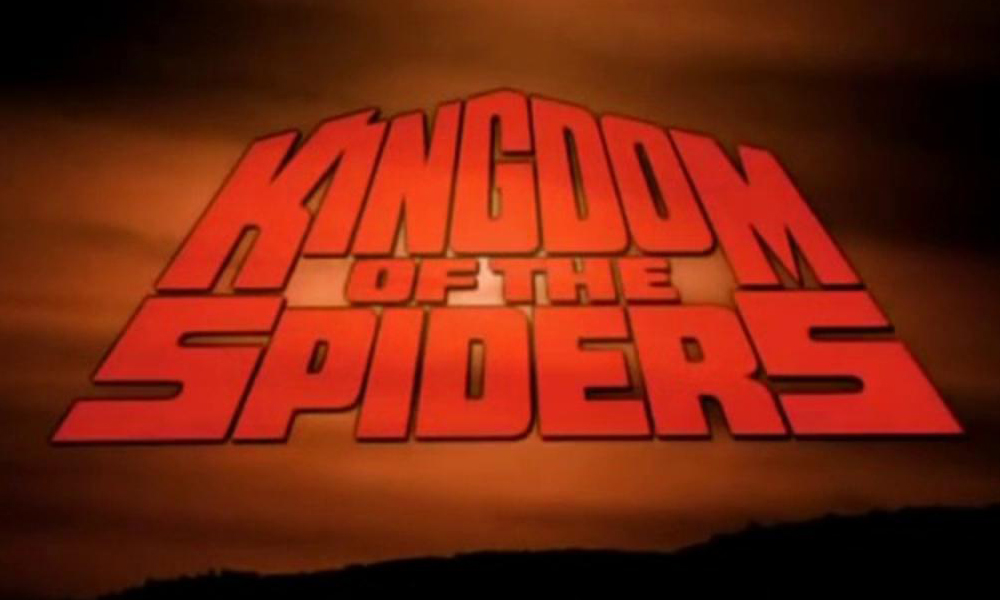 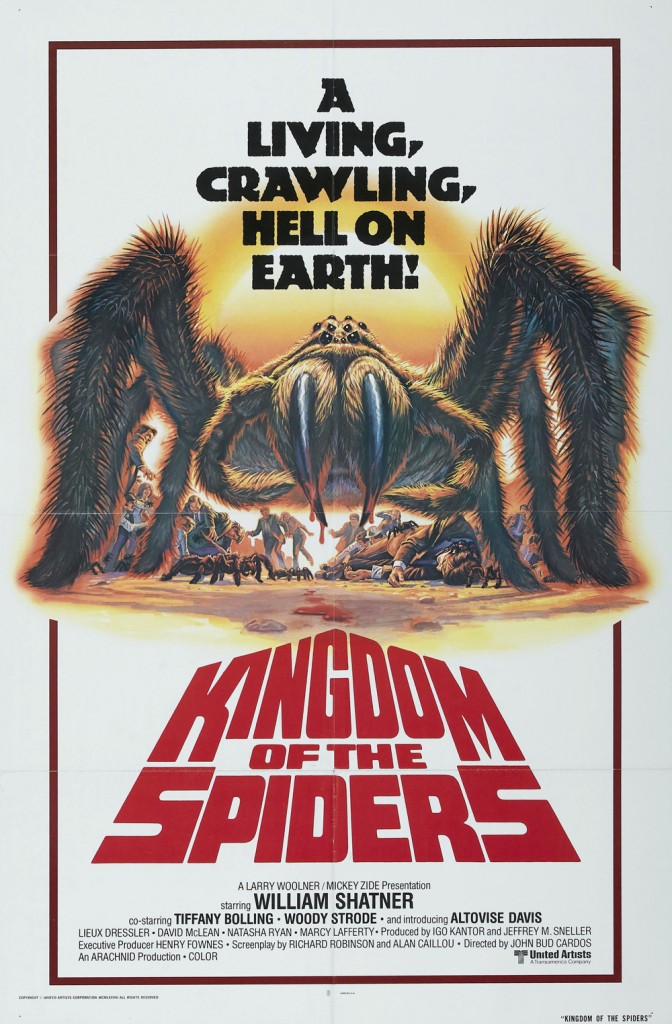 Is the age of the B movie truly over? It seems that B movies will fade into existence and never receive the special treatment that so many of them rightfully deserve. Years ago, late one night, I came across William Shatner riding a horse in a movie I had never seen before. The film was called Kingdom of the Spiders (1977) in which Captain Kirk, William Shatner,  plays a modern day cowboy. This was something I had to see.

It turns out that a small western town is about to celebrate its big county fair, one of the few resources it has to draw in money. The other main source of income is its cattle industry. One farmer, Walter Colby (Woody Strode), has had his prize bull killed. The local veterinarian, “Rack” Hansen Shatner), runs some tests and discovers it has numerous spider bites. It turns out tarantulas attacked the bull. Rack, along with a beautiful entomologist (Tiffany Bolling), begins an investigation into why the spiders have done this. It seems mankind has killed off their food supply and the spiders are going after dogs, cats, rabbits, cows, and man.

Outside of the reasonable explanation as to why this is happening; anyone can see the correlation to Alfred Hitchcock’s The Birds (1963). It’s your standard sixties and seventies small town over run with an ecological disaster plot. Throw in a little bit of Steven Spielberg’s Jaws (1977), with the town officials ignoring the early warnings, and you have B movie gold.

This isn’t a great film, of course, but it certainly is a fun one. William Shatner is especially good with two love interests and his cowboy attitude towards the whole thing. Shatner is clearly right where he belongs making the most of the dialogue. Surprisingly enough, also incredibly refreshing, is that Shatner isn’t doing his “Shatner” style of acting. He’s tame. Although his character is a complete womanizer, Captain Kirk keeps the big gestures and over annunciations to a minimum. Though on more than one occasion you’ll say, “Kirk to Enterprise” or “Spock, beam us out of here” while watching the film.

Trust me, I am not over selling this picture. Not at all! [review]