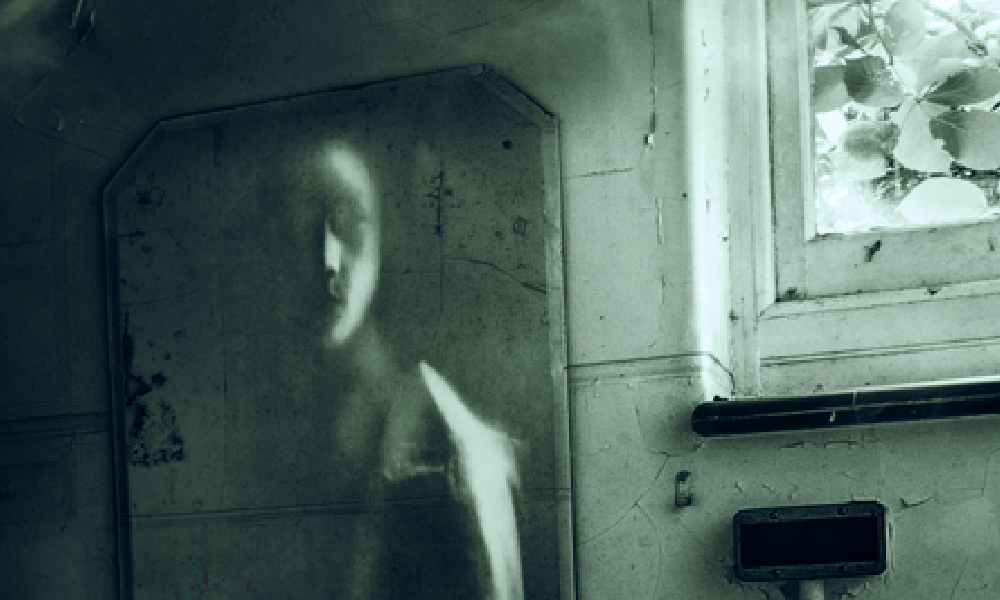 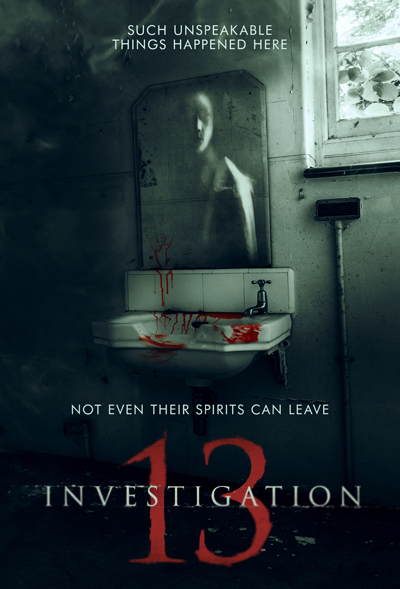 There’s so many times as a creator you have to make cutbacks because of the issues of time and money. But you can tell where there’s so many facets to a project that the passion, the drive, the desire to innovate was there.
Investigation 13 is pretty generic in general construction. A team of young filmmakers decide to document a haunted asylum. It’s the the mixed media and enthusiastic performances by the actors as well as some inventive time skipping directing which adds spice to a potentially played out notion.

No, this is not strictly speaking a ‘found footage’ film. Found footage is a PART of the movie, but most of it is shot cinematically like an omniscient view of realtime events. This certainly makes for less nauseating camerawork, which is appreciated. The spirit of found footage is here: creepy legends, corrupted video imagery, the aforementioned group of teenage thrill-seekers providing meta-commentary about filmmaking, journalism, and fame versus risk.

The cracks start to show however in the amateurish animated sequences which go for a scratchy unsettling look but come across as far too cartoonish for the proper feeling of menace to seep through. The acting is fine from veterans of the genre like Meg Foster and some of the newcomers shine, but one of the newer actresses in particular has difficulty pronouncing her lines and can’t emote particularly well. There’s a difference between verisimilitude, and awkward inexperience. That line gets crossed a couple of times here.

Still, this movie never feels like a ‘cash-in’. You don’t organize animation, multiple camera styles, and trust to lengthy sequences carried entirely on the shoulders of the performers just to make a quick buck, and the found footage niche is no longer the powerhouse it used to be in the glory days of The Blair Witch project. Horror is always a decently sure investment, but to try something new instead of just ripping off something else is extremely admirable, and at its best Investigation 13 is surprisingly compelling.

Ambition is not in short supply here either as the creators already envision sequels, which goes a long way to explain the surprisingly detailed focus on the villain’s backstory. When problems do crop up, as they are practically guaranteed to do in any film (let alone a low budget movie), you can nigh forgive them as unforeseen issues. But some are too big to ignore. The writing is…wonky. When someone comes across a prop so ambiguous they have to state aloud what it is, or when someone says ‘frikkin’…followed by the same word uncensored making the previous euphemism pointless, the film transitions from horror to unintentional comedy. You get the feeling some of the actors were reluctant to swear or unused to it anyway so every time they let loose their performances are charmingly awkward. The previously mentioned animated sequences are so hilariously goofy they fail to keep up the correct tone they’re supposed to. Also some of the sad-sack scenarios are so ridiculous and cliche they strain credibility.

I liked the characters, the concept, and the Mole Man myth is somewhat intriguing. It’s a shaky house of cards but it’s clearly an early effort from most involved and those are easier to forgive, to encourage greater things in the future. But from an objective perspective Investigation 13 never quite rises above a high budget student film or a low tier B-picture.