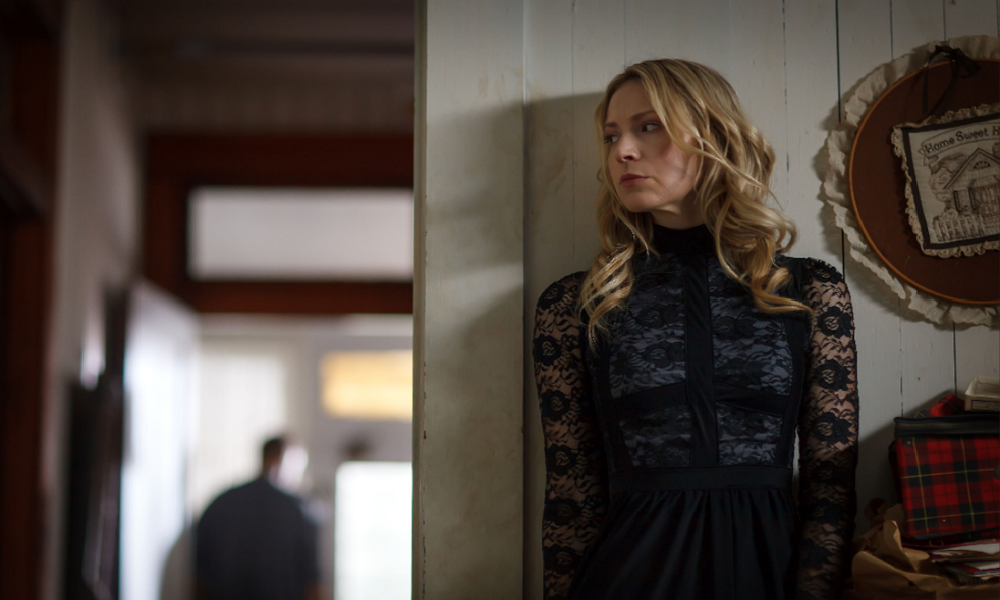 A trio of home invaders looking for loot gets more than they bargained for in “Intruders” a film which originally carried the more appropriate title of “Shut In.” The film had to change its title due to another film of the same name. Anna (Resgraf) lives with her terminally ill brother in a remote country home. Suffering from a terrible case of agoraphobia, Anna has not left her home in over a decade. Her only regular connection to the outside world is the daily food deliveries from Dan (Culkin) who harbors feelings for the reclusive Anna. 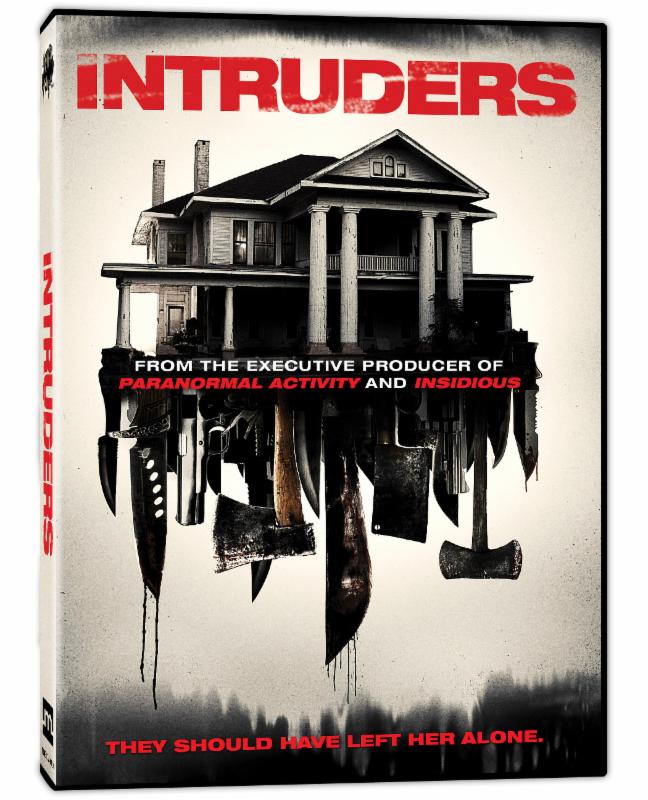 Dan unwittingly reveals to a group of local men that Anna has a large stash of money in the home. When her brother finally passes, the men use the opportunity to break into the home and steal the cash, thinking that Anna will be at the funeral. However, not even the death of her brother is able to help her overcome her extreme phobia. As the men invade her home, Anna finds herself trapped and forced to hide as they search for the cash.

Even with her house under siege and a means to escape, Anna can get no further than her front porch before she is paralyzed by hear and unable to go any further. However, Anna soon reveals that Agoraphobia is the least of her mental afflictions. Anna goes from prey to predator, trapping the would-be thieves in a home that is modified with hidden passages and rooms that exposes a dark secret about Anna’s family.

“Intruders” has an interesting premise but it fails to see it to full realization. Anna waffles between terrified victim and vengeful heroine. The background of her family and the terrifying events that took place in the home are left needlessly muddled. Also left murky is her relationship with her late father whose passing led to the onset of her phobia. Was he a loving father or abusive? There are hints at both but neither is ever stamped.

The trio of thieves are stock characters and completely uninteresting. You have J.P., the bossy ringleader; Perry the violent psychotic; and Vance, J.P.’s reluctant younger brother who follows his older sibling like a dutiful puppy. Their plan relied on the fact that a woman who had not left the house in 10 years would finally leave. Perhaps a little surveillance? Director Adam Schindler also missteps a bit in trying to make the viewers somewhat sympathetic to J.P. and carrying out his plot thread for far too long.

Despite its many blemishes, Intruders is a decent thriller. It has its moments of genuine suspense and tension. The film is buoyed by a strong performance from Beth Riesgraf as Anna. She is in 90% of the shots and is able to carry the action with a multi-layered performance. Roy Culkin, the younger brother of Macauley, also is quite good as the shy delivery boy Dan was the lynchpin to the entire story.