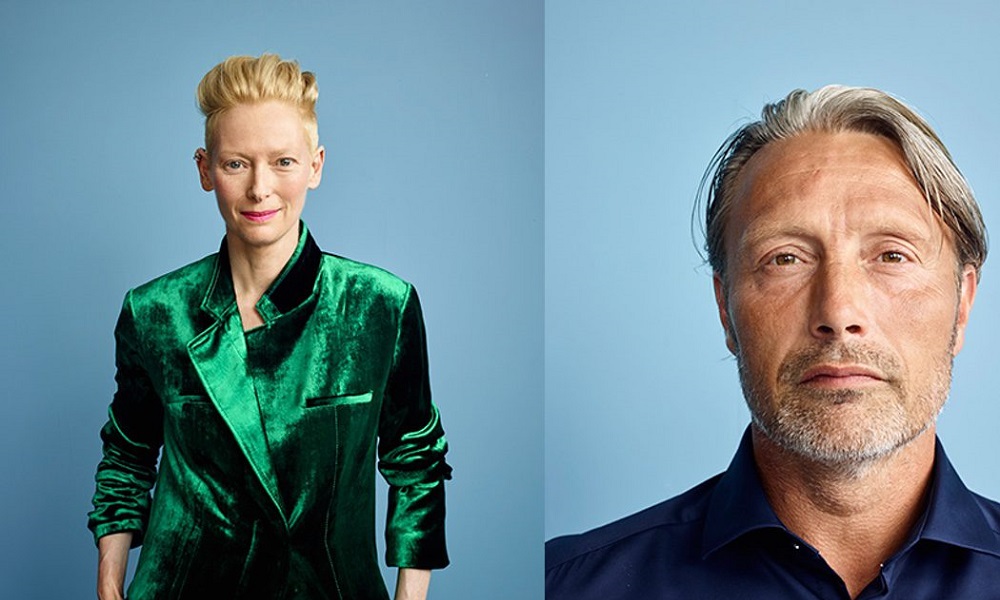 Tild Swinton first hit the big time in her gender-bending turn in 1992’s Orlando, launching one of the most varied and interesting acting careers in Hollywood. She’s played everything from Narnia’s White Witch to the archangel Gabriel to a Thatcher-esque authoritarian on a post-apocalyptic train. Somewhere in there, she nabbed a well-deserved Oscar for Best Supporting Actress.

Mads Mikkelsen had a thriving career in his native Denmark before his turn as a Bond villain in 2006’s Casino Royale made him a go-to staple for Hollywood bad guys. Those ranks include Hannibal Lecter, Rochefort in The Three Musketeers, and now the MCU, where he plays the central nemesis of Benedict Cumberbatch’s Doctor Strange. He’s joined by Swinton, whose controversial turn as The Ancient One has renewed the debate about Hollywood’s depictions of minorities. The two sat down to discuss the project at a recent press day for the film.

Question: This has got to be new for you. What’s it like jumping into the MCU?

Tilda Swinton: I keep saying that it’s a bit like being invited to join the circus, you know? You get invited to be the bearded lady or the painted gentleman or something, and you may have a chance in the future to play with a clown or learn a bit of trapeze or work with the ponies with the plumes. The reason that feels like a correct way to describe it is that everybody’s so psyched. I mean, even the Sorcerer Supreme, Kevin Feige, is just the super fan of all super fans. He’s the master of the big top, and it just feels like such a lucky break for everybody who’s working under it.

Q: Mads, what attracted you to this part? You certainly have no shortage of villains under your belt.

Mads Mikkelsen: Basically half of my life I was reading comic books and the other half I was watching Bruce Lee movies. So when Scott Derrickson was pitching this story for me, I think 10 minutes within the pitch he said, “and there’s a lot of kung fu and flying stuff.” I said, “whoa, hold on, rewind. Say that again.” And that was it. It’s a childhood dream coming true. It’s just amazing that at the age of 108 I get the chance to fly around in orange clothes and play like Bruce Lee did.

Q: Tilda, you use your hands to display magic in this film and the hand choreography must have been quite something to develop.

TS: Well, that hand choreography is actually a thing called tutting. We had a proper master working with us for weeks. We were learning how to tutt as much as we were learning martial arts, with a man named Jay-Funk who is somewhere here possibly. If he’s not, you should go on YouTube and look for Jay-Funk ‘cause he really knows how to do it and he’s got properly magic fingers. [Editor’s note: he’s bad-ass. Check him out at: https://www.youtube.com/user/JayFunkY.] And he taught us a series of extraordinary movements, which have to be super precise. You have to be at a certain point where the line is going to be drawn between your fingers and your fingers can’t be in front of your face. That was always my issue: I was always in front of my face with it.

It’s such fun because you have these extraordinary visual effects directors saying, “by the way, this is going to look like so.” And they’ll show you one shot, and you’ll go, “it’s going to look like that? That’s incredible!” And then you kind of forget that. And then if you’re lucky enough as I have to have seen the film and seen what they did with it, it’s beyond anything they warned us it was going to be. That’s kind of why we look fairly relaxed about it ‘cause we had no idea how great it would be when we shot it. I think if we’d known it was going to be so awesome, we would have been, “AAAAAHHHHH!!!”

Q: Mads, can you talk a little bit about approaching a villainous role like this. This character is the hero, as far as he thinks, and in his mind, it’s a story about him trying to save the world, with the rest of them as the villains.

MM: Well, I always play my characters as a hero. I think we have to look at it that way. The key to any good villain, which I think was very clear from the beginning in this script, is that they have a point. It’s not completely crazy what they’re saying. Even in Doctor Strange’s eyes, he believes that I have a point. And I think that’s the key for a good villain. You have to have something the audience to identify with, so he doesn’t just go ballistic and say “I’m going to take over the world because I can.” I think all good villains should come from that place. Scott was on that page from the beginning, so we tried to make this character a man who believes in what he’s talking about. A little like a demagogue, like Jim Jones. Somebody who believes utterly in every word he says.

Q: In the Sixties, when the comic first started, these ideas of alternative universes and opening your mind was very strong. That was kind of the ground where this character came to life. What kind of relation do you see in this world to those ideas: opening your imagination and mind, and letting the possibilities emerge?

TS: Well, I wouldn’t say that the Sixties had it all. I would say that we need to concentrate on opening our minds more than ever now, and in particular the notion that we don’t see just how much is out there. This film says something really radical: that ego and fear are things to be lived beyond, and let’s face it, this is a hot topic. We really, really need people to remind us right now that ego and fear are not necessarily the only option we can live through. I would say that’s the reason why it’s perfect that the film is being made now, because the time is really right for it.