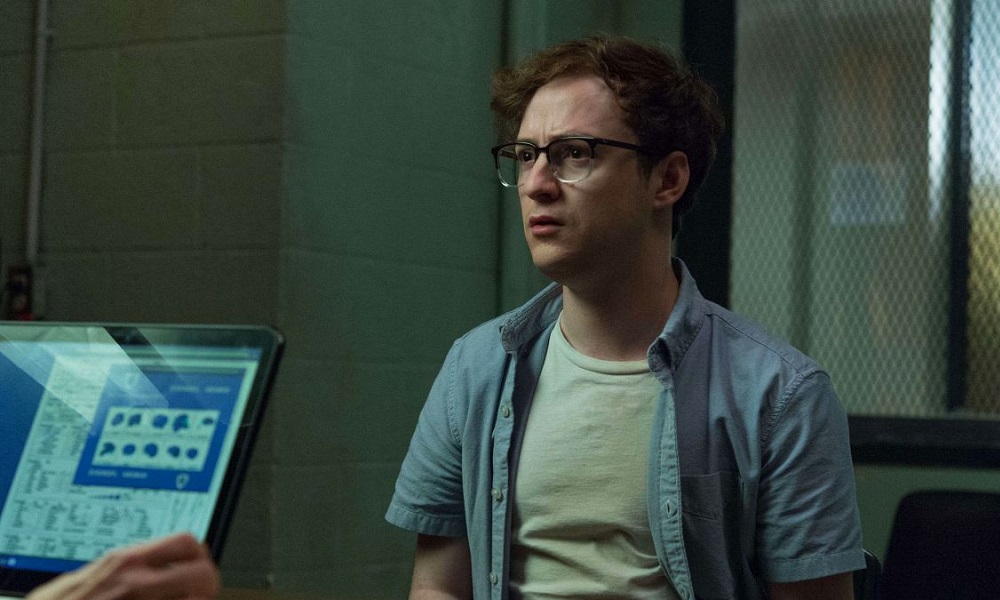 Griffin Newman has appeared in films like Beneath and Draft Day as well as a wide variety of television shows and shorts. He steps into perhaps his biggest role to date in Amazon’s hotly anticipated reboot of The Tick playing the big blue superhero’s stalwart sidekick Arthur. In an exclusive interview with the Sci-Fi Movie Page, he talked about the role and the challenges that came with it.

Question: How familiar were you with The Tick as a property before you landed the part?

Griffin Newman: Oh, I was a fan! My brothers and I watched the live-action show on Fox with Patrick Warburton. When that ended – way too soon – we found the Saturday morning cartoon, and then Ben [Edlund’s] comic books. The moment the rumors started swirling that they were going to do The Tick again, I told my agent “get me an audition.” This is a dream gig!

Q; How do you approach Arthur in light of the material that has come before? How do you make him “your” Arthur and still be Arthur?

GN: The material helped, starting with the pilot. Ben has basically confessed that Arthur was originally more of a joke-delivery engine than a character: just take a nebbish and plop him down in the middle of superhero mayhem. This time around, he wanted to give Arthur more weight as a character. We wanted to talk about why this little guy would want to put on the suit, what he hoped to accomplish with it, and even the idea that he might be crazy: that this is all in his head. You can do all of that and still make him the funny, panicky in-way-too-deep guy that he’s always been.

Ben’s big idea for this show was to actually make Arthur the protagonist. The Tick is the hero, but he doesn’t change. He’s always going to be totally confident in his abilities and totally certain about what’s right. You see a lot of that in superhero stories, but you don’t always see guys like Arthur. It’s Arthur who has to grow and change and become a better person. He’s the one on the hero’s journey. He’s the guy who doubts himself. He’s the guy who wonders if he has it in him. This is the guy who isn’t ready for the kind of danger he’s put in, and the guy who – after refusing the call to adventure – has to step up and answer the challenge, and become more than who he is.

Q: There must have been a lot of physical demands for the part.

GN: There was, but that was always going to be a part of it. If you sign up for a superhero show, you get to do superhero stuff, which means lots of running and fighting. That’s less of a challenge than a perk in some ways because it’s really what we were all doing when we played at being superheroes as kids, but there is that physicality needed for the part.  They did find an amazing stunt double for me. He has a great sense of humor, great comic timing. He did the really dangerous things. But I got to do the flying scenes in the rig with the greenscreen.

And that’s where it kind of comes back to the character too. Arthur’s frightened a lot. He’s frustrated. He’s categorically out of control of the situation and sometimes he’s struggling just to keep it together. So if you’ve been in the rig for 12 hours and it’s uncomfortable, or you’ve been running around for 30 takes and you’re exhausted, you can use it. You just channel it into the character and make the performance better. Peter [Serafinowicz] has the tough part because he has to be cheerful all the time. I can freak out if I need to and it’s still just being Arthur.

Q: How about putting on the costume? How do you balance the things that the costume brings with the need to be character underneath it?

GN: Colleen Atwood designed the costume, and she’s a legend. She’s won a ton of Oscars. She designed the costumes for Supergirl and the Flash on TV. She worked with Tim Burton. And her costumes for this were just wonderful. I put it on for the first time, and looked at myself in the mirror, and I said “wow, I really am a superhero!” Colleen looked at it and said, “no, it’s a mess. But we’ll fix it.” They went to work on it for the next hour and a half.

And again, that kind of experience really helps the character. Arthur always has his victories snatched away. He gets deflated right at the moment he deserves to stand tall. With a costume like that – something very outlandish and larger than life – it could swallow you up if you don’t have more of a character to relate to beneath it. But Arthur himself has this ambivalent relationship towards the costume. He’s not sure he’s up for being the hero it makes him feel like. So you just take that moment – thinking you look amazing and being told “nah, it needs work” – and you funnel it back into how Arthur feels and what Arthur struggles with. A bad costume can be a distraction, but a good one makes your job easier. And I had a great costume!

The Tick is currently available for live streaming on Amazon Prime.