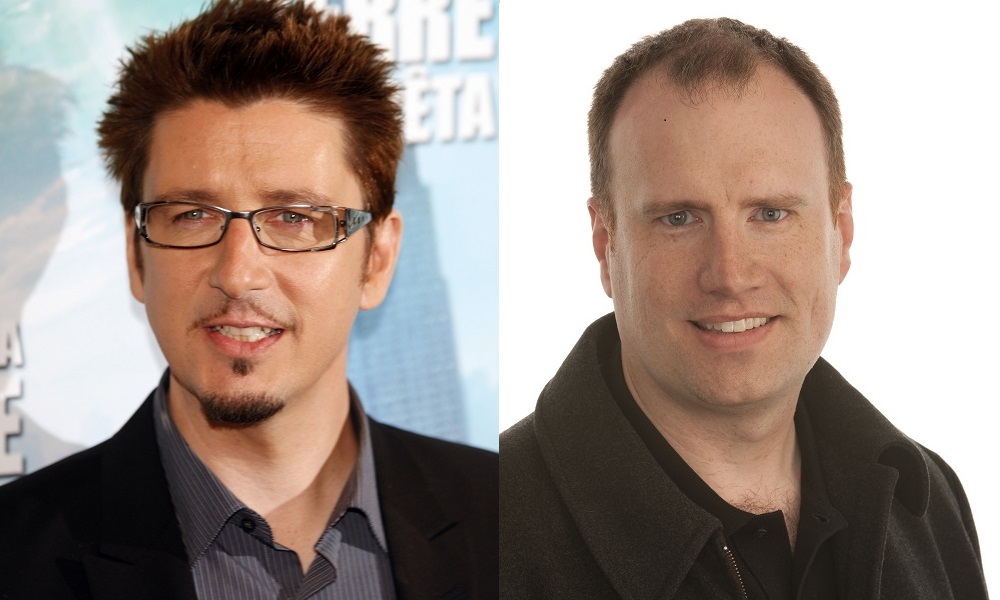 Kevin Feige cut his teeth as a producer on the X-Men franchise before taking over for Marvel’s burgeoning film prospects a decade ago. The results have become the stuff of Hollywood legend, and the Marvel Cinematic Universe is now the biggest franchise in the world thanks to his game plan. Part of that plan involved hiring director Scott Derrickson – a director best known for horror films like Sinister and The Exorcism of Emily Rose – to helm the origin story of their most mind-bending hero, Doctor Strange. The two of them sat down with the press at the recent junket for the film to talk about the process of bringing the Sorcerer Supreme to life.

Question: Why was now the right time to bring Doctor Strange into the Marvel Cinematic Universe?

Kevin Feige: Well, it’s something we’ve been talking about for many, many, many, many years, and sometimes things just work out. Timing often works out well for us. It’ll be our 14th film within the MCU and we always say we have to push the boundaries, we have to keep surprising people, we have to keep making them unique and different, and certainly this movie and this character fit all of that. The notion of tapping into other dimensions and tapping into that supernatural realm of the Marvel comic-book universe is going to come in handy as we move forward throughout the Cinematic Universe.

Scott Derrickson: Doctor Strange was a product of the Sixties and was big breath of fresh air in the world of comics at that time. As a fan growing up with the comics, and then watching the movies in this series, I felt ready for some new, daring, weird left turns. I think Guardians of the Galaxy did that. I was so pleasantly surprised when I saw how bold that movie was. So when I came in to meet on Doctor Strange, my approach was to make it as weird in the MCU as the comic was in the comic book world.

Q: One of the things that you did push to make this movie was the start time, which needed to be shifted to accommodate Benedict Cumberbatch’s schedule. What sort of changes did you make to make sure that you could make this movie with Benedict?

SD: Kevin and I talked about who we wanted in the role, and we landed on Benedict pretty quickly. I flew to London, met with him, and explained the movie. I think I had some of my concept art at that point and Benedict really wanted to do it, but he was doing Hamlet onstage in London. We were a summer release movie, so it wasn’t going to work. I came back and I met with a bunch of other actors, good actors, but I just felt like it had to be Benedict and Kevin, to his credit, agreed. So we pushed the schedule for him.

Q: What are the challenges to make these films fresh so they don’t fall into a formula, they don’t feel conventional?

SD: The challenge was to try to make a movie that is as visually progressive by movie standards as the Ditko art was in the Sixties. Our primary source of inspiration was the early Stan Lee/Steve Ditko comics, and that artwork is still progressive. You look at lot of the panels in the comics and that was our primary source of inspiration: visual effects have just caught up to where we can do some of the things that we did in this movie. The trick of it was to not hold back and to push ourselves as far as possible to do original things with the set pieces. My goal was for every set piece in the movie to be the weirdest set piece in movie history. And that comes out of movie fandom more than anything else, because that’s what I want to see. I want to see event movies that use visual effects sequences for more than just mass destruction, to get more creative with them and find new ways to do them and give me as an audience member some kind of visceral experience that’s unique. The movies that do that are memorable and change the way you feel about cinema in general. I don’t know if we achieved that but it was certainly the goal to push ourselves into something new and something fresh so that the audience would be genuinely surprised in moments.

Q: Tell us a little bit more about how those effects scenes were developed and designed. Was there ever a point where you thought, “this might be a little bit too far?”

KF: I think there were a lot of those points but we just kept pushing forward and our amazing effects team led by Steff Saredi did a great job. Scott was in there right to the bitter end, until about 12:30 AM the day before we got on the plane to Hong Kong for the first junket.

SD: Because we moved the schedule for Benedict, we had a shorter post­production period -­

KF: But a longer pre-production.

SD: To Kevin and Louis D’Esposito’s credit, we hired more vendors to start all at once than you normally would have, so we had a lot of the stuff coming in all at the same time. But that was one of the most creatively rewarding parts of the whole process: to try to think about not just weird, bizarre images, but to try to think about what can’t be done. The final sequence of the movie was the result of me just thinking, “what can’t you do?” This idea of a fight scene going forward while a city’s undestroyed, backwards… that’s impossible. So let’s do it! We designed the scene and storyboard, and then worked with the pre-vis team to figure out how to make it.

It was the same with what we call the Magical Mystery Tour: the whole mind trip scene. It was about drawing out every single shot and some of it being impossible to do. Some of those ideas didn’t work, and sometimes we would try things and we were overshooting. But every day, I got up for work and I thought, “somebody’s going to come knock on my door and say, ‘you have got to back off, this is just getting too weird.’” And it never happened. Marvel was really completely behind the idea of trying to push the boundaries of what a set piece in a tent pole movie can be, and that was always the goal.