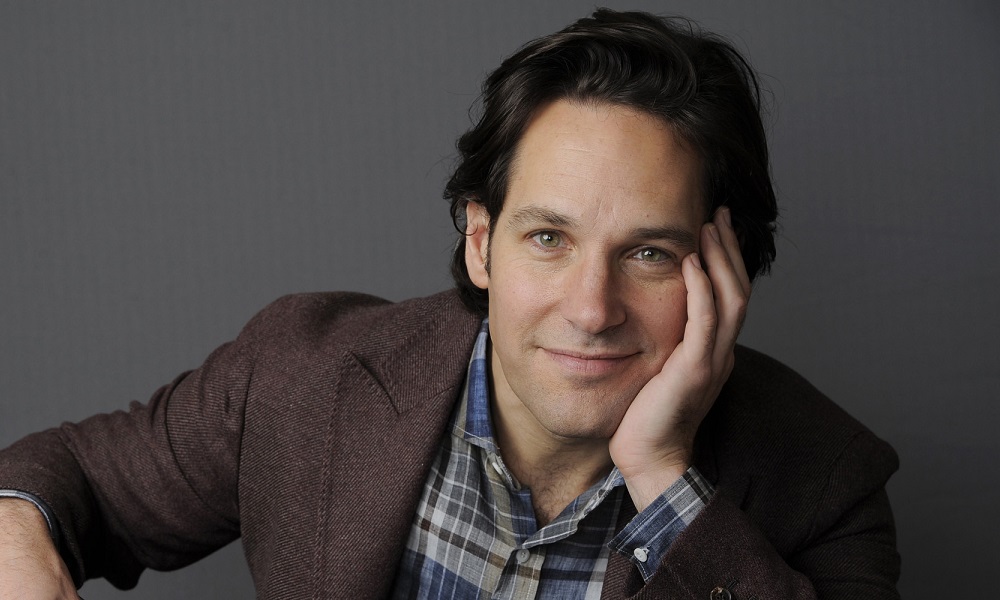 Paul Rudd arrived on the scene with 1995’s Clueless, playing Alicia Silverstone’s easy-going stepbrother and eventual romantic interest. Since then, he’s established a sterling reputation as a comic actor with the likes of I Love You Man, The 40-Year-Old Virgin, Forgetting Sarah Marshall, and This Is 40. But he’s also had a chance to flash his dramatic chops in the likes of The Shape of Things and Baz Luhrmann’s Romeo + Juliet. Now he’s officially joined Marvel’s dog pile on superhero culture, taking the lead role in Ant-Man opening this Friday. At a recent press day for the film, he talked about the role, its challenges and the experience of joining the MCU.

Question: How did you prepare for the role?

Paul Rudd: Well, growing up, I really didn’t know the character. Before we ever started shooting, I read the comics, did the research, and worked to get into the mindset of this character as much as possible. There was also all of the physical stuff that I wanted to kind of throw myself into, to feel as if I could play the part and not only be convincing but just help me feel the part more. That was different than anything that I’d ever done. I liked the challenge of this. Honestly, I don’t think I’d be people’s first choice for a more traditional superhero, but I thought this could work really well. It would be an exciting adventure, and I enjoyed the fact that when I was cast people went, “huh, that could work.” You wouldn’t necessarily think that, and I think that Marvel likes to do that. I was thrilled to have the opportunity.

Q: Word on the street is that your 9-year-old thought that you weren’t that cool when you said that you’re going to play Ant-Man. Has he seen it yet and has that been redeemed?

PR: There was nothing to redeem. More than anything else, my kid likes to make me laugh. He said that, that’s what he said, but it was part of his wonderful odd sense of humor. This is the first thing I’ve ever done, ever, that he was legitimately jazzed about. He can see it, his friends know about it, and he got to see a sneak preview of it a couple of days ago when we were at Disneyland. We went there and I was sitting next to him. As a parent, to see the look on my kid’s face when he’s watching this… I’ll never forget it. As soon as it ended he just looked at me and said, “That’s awesome!” And every time a commercial is on, he’s like, “Dad, Dad, Dad!” He’s so excited and I’ve never experienced that with my work before. It’s so it’s so cool to be able to share this with my own family, and especially my son.

Q: How much of a challenge was wearing the suit?

PR: I’m biased because I loved the suit and I think it’s the coolest-looking suit of all of them, and I loved wearing it. It was not that uncomfortable and it helped me feel the part. There’s something that happens when you get in that thing, it’s inevitable. I would stand differently, I would feel more like a superhero. I would just sometimes catch myself and think, “Oh, gosh, this thing is amazing-looking.” You stop being self-conscious and the character just comes. And as far as getting skinnier to fit in it, I did what you’d expect. I didn’t eat anything for about a year. I worked out all the time. I took that Chris Pratt approach which is just basically eliminate anything fun for about a year, and that’s a good way to prepare to play a superhero. And again, it helped me feel the part, which is I kind of got into that aspect as well.

Q: The fact that you had this father-daughter storyline that was going on, did that give you another level to play with this character?

PR: That was the thing that I hung the whole thing on. You know, you can have a movie that has amazing effects, and this certainly has that, and brilliant visuals, a lot of action, humor, whatever, but whenever you see something that you can connect to, that’s emotionally resonant, it stays with you in a very different way. I think that’s the key to any movie and that’s what I thought about throughout this whole film. This is what the movie is about.