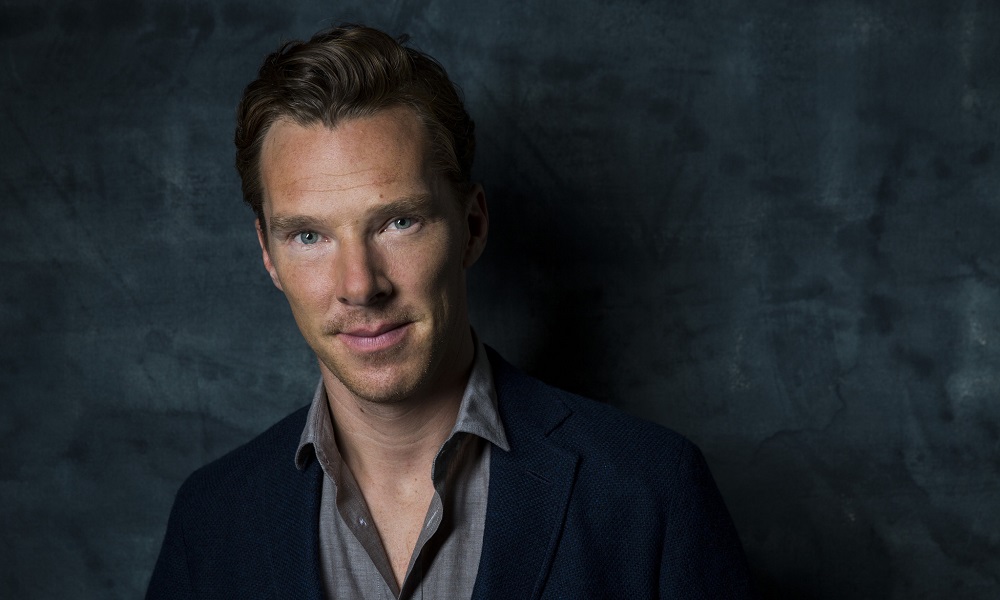 Benedict Cumberbatch has been acting since he was 12 years old, and had amassed a sterling reputation as a stage actor early in his career… peppered with supporting turns in movies like Atonement and The Other Boleyn Girl. Then came Sherlock, the BBC’s modern updating of Sherlock Holmes with Cumberbatch in the lead. The role made him an international superstar, and led to a deluge of prominent movie parts: everything from Enigma code-breaker Alan Turing to Smaug the dragon in the Hobbit films. It was perhaps inevitable that he eventually found his way to the Marvel Cinematic Universe, specifically the role of Doctor Strange, whose self-titled movie opens this Friday. He spoke to the press about the film during a recent junket in Hollywood.

Question: What’s the most surprising thing about taking on this role?

Benedict Cumberbatch: The weight of responsibility. It’s a great motivator to do a good job and fulfill the promise Kevin Feige and the producers have shown you, or that they’ve given to you. It’s a good thing. It’s a very good place to start from, knowing that the challenge of conveying this character properly is right there in front of you.

Q: How did it feel when you had your first superhero moment: decked out in the gear?

Benedict Cumberbatch: I was sort of giddy, like a child at Halloween. It really was the penny drop moment for me. You know, this film had lots of alluring qualities, lots of things that made me really want to go to it and this character in particular: his trajectory, his origin story and where he was going to lie within the Marvel Cinematic Universe. But the journey he goes on was sort of supremely important to me, as well as the great humor amongst that profundity, and that oddness and unique weirdness and newness that we were going to bring visually. I’d kind of put the hero thing on the back burner in the face of that, so when I first had that moment, it really was quite wonderful.

The second time it really hit home was near the end of the main body of the shoot, when we were in New York on Fifth Avenue and there were as many paparazzi as there were crew. It was getting a little bit surreal – but we were on Fifth Avenue and running down in and sort of jumping, or skipping really, but jumping to fly, and there was the Empire State Building in the same eye line, and it was just a moment of magic to think of the men and women that first crafted these comics on the floors of that building and other buildings in that town. There I was playing one of those characters!

Q: How about your famous visit to the comic book shop in gear?

BC: It’s funny. I was in costume, so I didn’t have any money to buy any comics. But I offered my services. I said, “look, if the film doesn’t work out, I’ll come and stack the shelves for you.” Which would have probably amused him as much as us. But yeah, it was a magic, magic moment, no pun intended. It was very special, and – like a lot of things in this film – very unexpected. Those moments came about for the right reasons. It really was the last place we were starting, the last shot of Mads [Mikkelsen] chasing me and suddenly there was that comic book store. It was incredible.

Q: The key to the Doctor Strange at the beginning is his arrogance, his confidence, his being the smartest guy in the room and then the fall, in the humbling he goes through. Is that like playing Holmes, or is that completely different?

BC: I’d say it’s slightly different. I mean, there’s the crossover of clever and arrogant I suppose, and workaholic, but after that, it drops off. Strange is a materialist, he’s egocentric, yes, but he’s got charm and he’s witty. He’s liked by his colleagues, he’s had relationships with them, he’s not this sort of cut off outsider sociopathic asexual obsessive that Sherlock is. He’s a man of the world, as opposed to Sherlock, who isn’t.

Q: Do you see parallels in acting, in your career, to the journey Strange goes through??

BC: I certainly draw inspiration from the people around me. I get to work with a whole cast of people who inspire me, on almost every job. This job in particular was extraordinary, and everyone on it was helping me raise my game on every level. I mean, Rachel [McAdams] just dived into this very detailed world, the surgeon’s world. To watch her scalpel-like precision – pun intended – delineating exactly where her character was at in any given moment… it helped map out an entire world. My character was shifting away from that world but had to be completely invested in it. Rachel was just invaluable in doing that.

Or Tilda [Swinton], treading this incredible line between being ancient and wise and yet ever-youthful as she is. She was now and present and not something old and fussy, but still conveying that sense of age and wisdom. She just did it with such grace and charm. The whole cast was that way. Chiwetel [Ejiofor], who I’ve worked with before, constructed Mordo, and to see the complexity of his journey l come to fruition… and Mads, this man who complains about being 100 but moves like a 20-year-old. He is just the most absurd athlete, but also the most understated and supreme gentlemen. He is always trying to make sure that you’re all right and that your craft is all right and that you’re not getting hit in the face or hurt during the action scenes. I adore Wong, I think the world’s going to absolutely love that character, and it was a master stroke on Benedict [Wong]’s part, to find so much in that character. They’re the people who I get to work with every day on a job like this, headed by a director and a mastermind who both know their craft inside out and you feel safe in the hands of. This could go on for a long time, with a team like that. If that doesn’t inspire you, and motivate you to go out there and give it everything you have, then you’re in the wrong business.