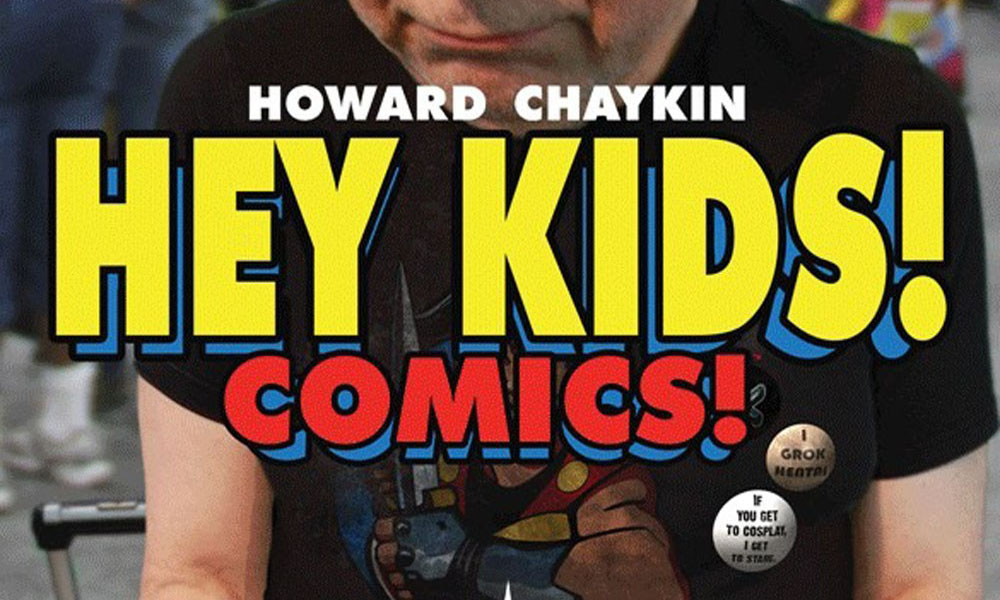 Reading like a reality television show based upon the comic book industry of yesteryear, this opening instalment to Howard Chaykin’s “new creator-owned series filled with what he calls behind-the-scenes personal drama, lurid flimflammery, and just plain out and out larceny” is undoubtedly not for the faint of hearted bibliophile with its 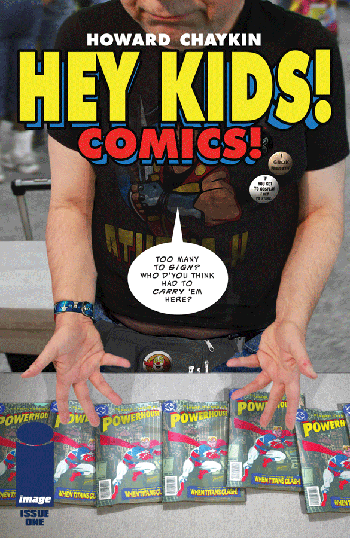 formidable mixture of expletive-laden dialogue, word-heavy speech bubbles and frequent time hops around “a fictionalised history of more than half a century.” Indeed, for those readers disinterested in this story-telling medium’s dark and dirty past, back when the likes of Jack “King” Kirby and Steve Ditko were merely artists working for hire and Stanley Martin Lieberman still had an aspiration to be a ‘serious writer’, the New Jersey-born author’s narrative to Issue One of “Hey Kids! Comics!” will doubtless disappointingly strike them as a choppy, tediously dull series of set-pieces depicting little more than a group of people, predominantly men, smoking, drinking and swearing at one another whilst trying to figure “out what comes next” now “the mask and cape thing has seen its day.”

For those who have perhaps read Sean Howe’s “Marvel Comics: The Untold Story” multiple times however, this twenty-eight page periodical paints an enthralling flashback to the days when “aspiring artists climbed into business and bed with conmen and clowns, gainers and gangsters, to create the foundations of today’s biggest entertainment business”, and resultantly offers a fascinating insight into the harsh ‘hand-to-mouth’ job such Silver Age luminaries like Carmine Infantino, Gil Kane, Joe Kubert, Gene Colan, Jim Steranko and Neal Adams endured. Certainly it’s hard not to see comparisons between “some of the greatest comic book artists of their generation” and the Eagle Award winner’s fabricated pencilers Ray Clarke and Ted Whitman, nor sympathise with the unkempt Irwin when his creation “Powerhouse” opens up at the St. James Theatre on Broadway, and is forced to accept a begrudgingly given financial handout from the disheveled man’s former boss who is clearly living an extravagant lifestyle based upon his work; “Guy used to work for me, when back when. Him and his dead partner made the thing up.”

Chaykin’s own uniquely-styled artwork also adds to the engaging atmosphere of this publication, as it’s clear the illustrator learnt a lot when he once “lived in the same Queens apartment building as artists Allen Milgrom, Walter Simonson and Bernie Wrightson”. In fact, a good proportion of this book’s overall charm stems from Howard’s fantastic attention to detail for his leading cast’s facial features, as well as the similarities between them and the likes of Kirby’s famous pipe-smoking habit or Tom Hollenbeck’s evident financial success as a result of the “junk” his predecessors “made for a half-century” suddenly becoming “the culture…”