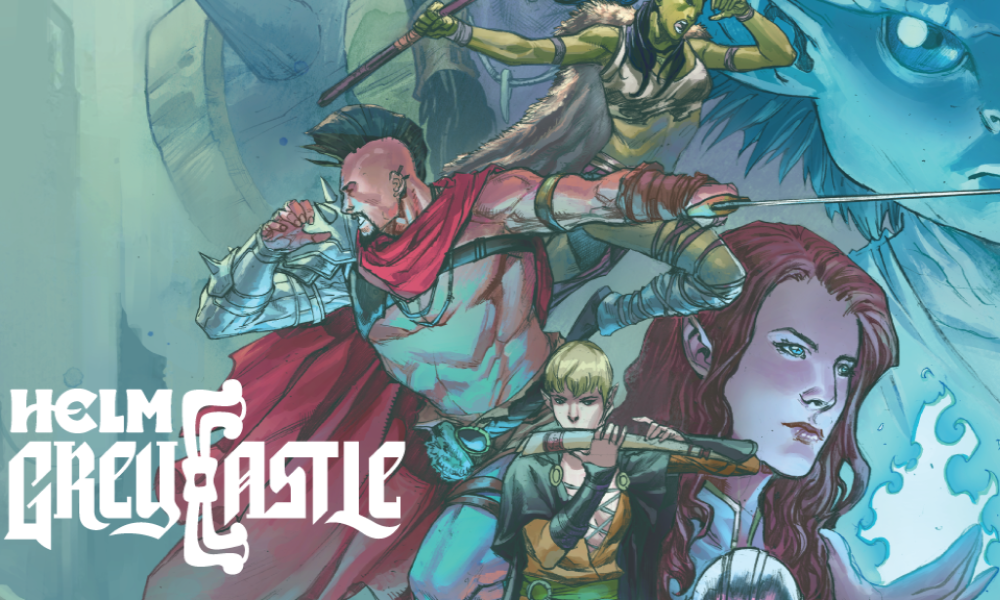 For a long time we comic readers have been told that there’s a place for everything in our comics.
In Japan, they have great selections, for Men, for Women, for teenagers, and so on. Stores actually full of one kind of comic. 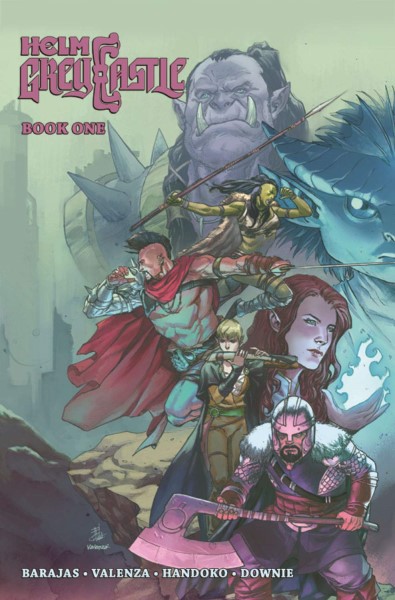 HelmGreycastle is a Dungeons and Dragons kind of comic. The characters have that look–softer than Conan, but harder than any other ‘normal’ characters. They’re an interesting lot, and this book puts us right in the middle of an adventure. The story is a high fantasy, with the comic world mixing with the world of the Aztecs. ‘Gods’ speak with more human characters–and interact in the most basic of ways.
And it’s clear there’s more to come.

The art of HelmGreycastle is very good–good enough that the artist might try his luck with Marvel or DC. Within that art is the story of a group of adventurers in the midst of a great adventure. One in which they could easily die–although I doubt that will happen.
Helm Greycastle is the leader of this bunch–he’s big and strong and pretty good with a sword. Unlike most such characters, he has a wife and a son–albeit a little boy intent on killing his foes.

The other characters are a Dwarf, and Elf, and a female fighter who is pretty good at killing. In this first story they end up in the time of the Aztecs, but here, those same Aztecs have killed Cortez and are ready to kill others. It’s a strong-enough storyline, and seems to give us a plot that will last a number of issues.

At the same time, this book features ‘Sacred Armour’. An actual game that includes maps, information, and game master stuff–all ready to go.

It’s all a kickstarter concept–but it’s been well realized and now has a life of it’s own. This one could go for a while!