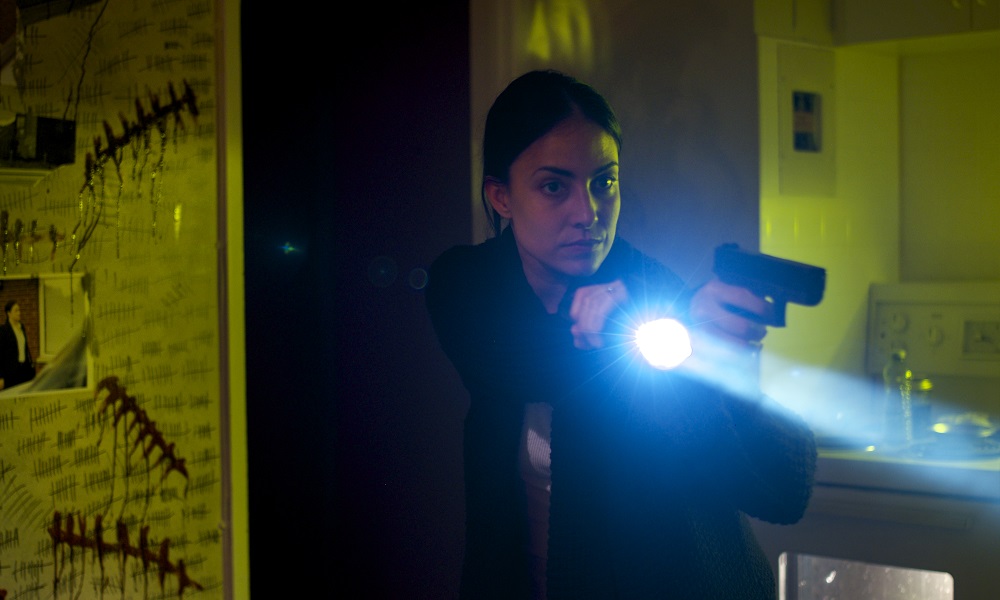 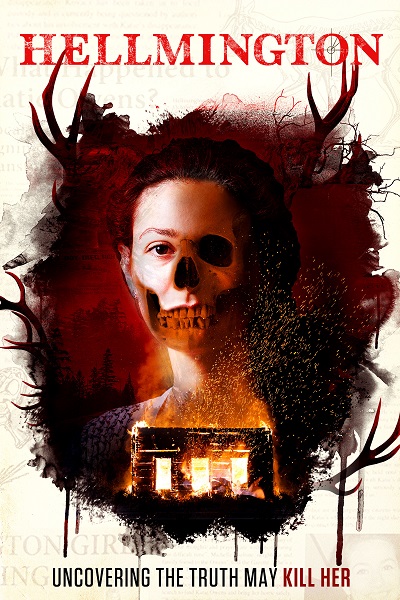 throwback slasher movie, probably with a masked killer stalking co-eds. What I wasn’t expecting was a slow-burn moody arthouse style blending of a detective thriller and supernatural horror. Here be gore, jump scares, and shady cults you’ve come to expect in contemporary fright features, but what you won’t expect is the judicious use of almost still frame composition images that build a sense of dread far better than a lurker in a mask might (although this movie has one of those too for good measure).

Even the title eventually trades the spook factor of the word ‘hell’ lurking in the word for the surprisingly in-depth thematic meaning of the film being about a town in its entirety, from the Hellmington High School to the Hellmington prison. The story follows Sam who is plagued by bad memories that return to haunt her when her father’s dying words are a cryptic riddle. Now, against the wishes of her uncle, the police, and practically everyone else who would prefer old evils stay buried she begins a one woman exploration into the titular community of Hellmington and a numerology based death-dealing organization.

Between this focus on a township and the teaming up of a sarcastic but capable young woman, a sect of dubious morals represented by a symbol often left to intimidate its victims, tragic family histories, a no-nonsense cop, a crazy older woman, and a bespectacled questionable ally who follows our heroine on her investigations there’s quite a few parallels with the Silent Hill video game series, specifically Silent Hill 3. The music helps this comparison with heavy synth and warbling undertones, courtesy the band Cults.

I was also reminded of Twin Peaks, from the off-kilter direction style and dreamlike atmosphere to the suspicious and guarded characters who all seem to be concealing dark secrets.
None of these comparisons are signs of poor quality. Actually Hellmington is a considerably better adaptation of the Silent Hill feeling of creeping doom and gloom and past sins festering into the present over the official live action film of the same name.

Then…it all comes crashing down. This is unfortunately an instance of a story that seems to have been written without a coherent ending in mind, and the conclusion settled on is a distressingly clumsy attempt to ravel all the dangling plot threads back into a coherent resolution. It just doesn’t quite work, but neither does it entirely overshadow the experience before it thankfully.

Until the shaky payoff, it’s a fun, stylish, creepy ride.