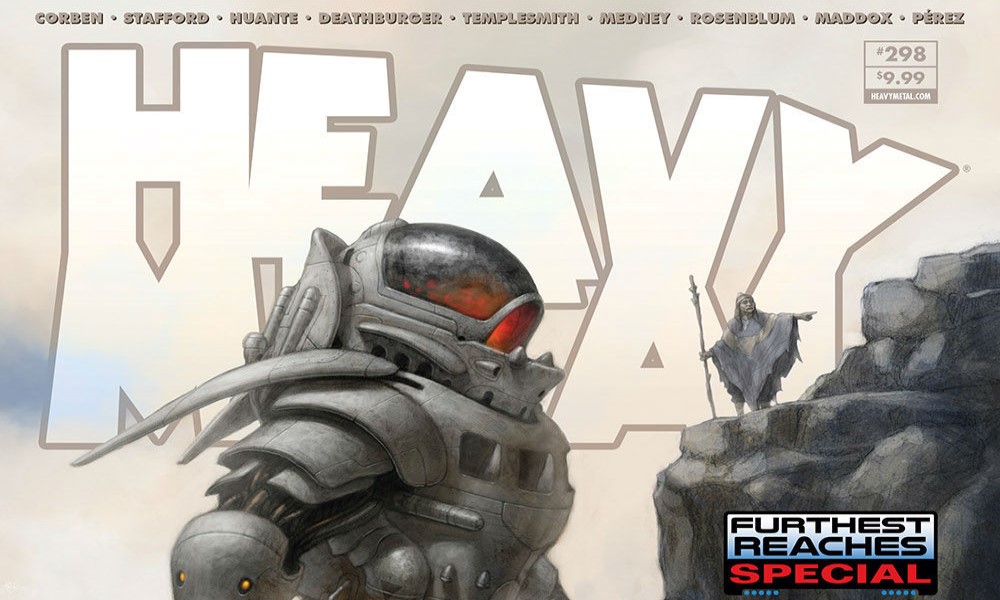 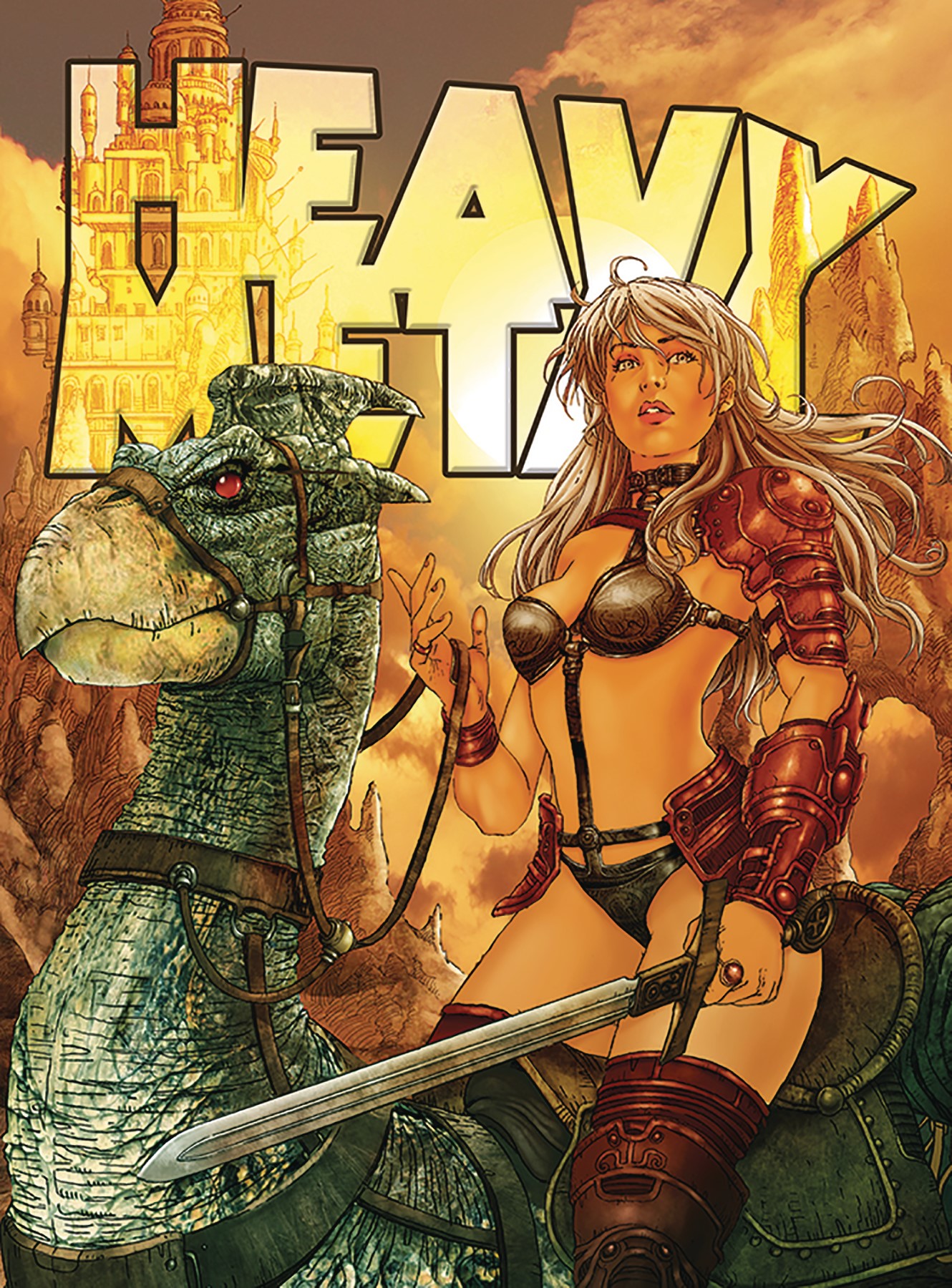 I recall buying my first issue of Heavy Metal and a young comic book fan sometime in the late 1970s. There were other magazines publishing comic material such as Eerie and Creepy. Marvel had an entire line of magazines in the 70s but even to a young lad like me clearly Heavy Metal was something different. It was full color and featured adult content and artists I wasn’t familiar with like Philippe Druillet, Moebius, and Richard Corben. And unlike many of the magazines of the day that primarily featured horror stories, Heavy Metal featured fantasy and science fiction stories.

The magazine has changed ownership through the decades but is alive and kicking and approaching its landmark 300th issue. Today we’re looking at issue #298. The issue has three different covers but the one I have features the beautiful Taarakian warrior Taarna, the character featured in one of the segments of the 1981 “Heavy Metal” animated film and who also graced the film’s poster. The cover is courtesy of Esau Escorza and Carlos Villas.

This issue features 144 pages of full-color stories. The longest is the bizarre “Philip K Dick’s Head is Missing” by Michael David Nelsen and Dwayne Harris. Based on the true story of the Android Head of sci-fi legend Philip K. Dick that went missing in 2005.

“Bug House” by David Hine & Mark Stafford tells the story of a pair of intrepid exterminators hired to rid an elderly woman’s home of a plague of pests that becomes a bigger challenge than they ever thought. The art in this story reminded me of the sort of bizarre work you saw in underground comics of the 1970s.

In “A New Life” The dictator of a solar system finds himself facing a rebellion. With no means of escape, his councilor devises a way to transfer his mind off the planet and into a new, synthetic body. But the process goes awry and he eventually ends up in the body of a baby on a planet called Earth. By Emilio Balcarce & Marcelo Perez.

“Dowser” takes place in post-apocalyptic future where the world is nearly devoid of water. A group of bandits track down an old man known as the Dowser who is said to be able to locate water sources. They force him to help them, with dire consequences. By Dwayne Harris.

Also included is a gallery of art and interview with Carlos Huante, Artist and concept designer for the Ridley Scott films Alien: Covenant and Alien: Prometheus.

Heavy Metal is always welcome as anthology titles like this are so uncommon in today’s comic book marketplace.