Good Omens (2019): Renewed For A Second Season; We Take A Look At Season One 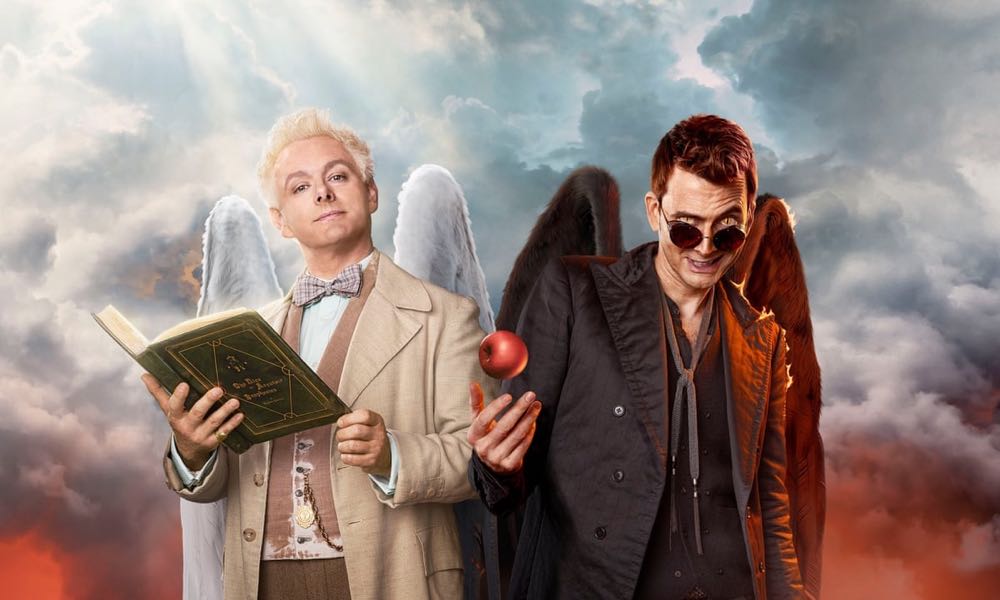 Good Omens is returning for a second season on Amazon Prime Video, the company announced today. Also back for season 2 is Neil Gaiman, who co-wrote the original novel together with Terry Pratchett.

Of course, based on Good Omens: The Nice and Accurate Prophecies of Agnes Nutter, Witch is a 1990 novel written as a collaboration between the English authors’ Terry Pratchett and Neil Gaiman.

The book is a comedy about the birth of the son of Satan and the coming of the End Times. There are attempts by the angel Aziraphale and the demon Crowley to sabotage the coming of the end times, having grown accustomed to their comfortable surroundings in England.

Goof Omens is one of those stories that manages to be quite dark and ironically very amusing at the same time. This charming satire of the Omen movie franchise (1976-2015) is a delightful series that bears the unmistakable breeding of the BBC and all that it implies. Not only is this series loaded with charm, but Good Omens is also a dark and witty satire that pokes fun at anything and everything, including life and death, heaven and hell, good and evil, and everything in between.

Tenet and Sheen do most of the heavy lifting here, carrying this series on their backs just like their respective character’s wings. The characters they portray respectively are the antithesis of their kind. Although not blatantly, it is enough to cause problems. They are each excellent and delightful in this as a pair of middle-aged queens fed up with their lot. One prissy and the other as an agent of hell, and a classic bad boy who doesn’t give a crap about anything except maybe his longtime friend who works for the opposition. They share the common resistance to complying with the rules., which has far-reaching and unforeseen repercussions that have far-reaching results. These two disgruntled employees upset the plans of both heaven and hell with hilarious results.

The supporting cast also contributes to this series by doing a great job portraying members of the opposite camps (heaven and hell) in this production. T heaven is broadly portrayed as strongly reminiscent of a corporate entity populated by insensitive myopic and clueless managers> While hell is portrayed as being occupied by stinking, rotting, bug-infested individuals. Both camps display a single-minded enthusiasm and ambition to take part in the soon-to occur prophesized Apocalypse no matter what. While our heroes find the whole Apocalypse thing very inconvenient and not all that appealing

Not familiar with this title? Good Omens is a miniseries based on the 1990 novel of the same name by Terry Pratchett and Neil Gaiman. A co-production between Amazon Studios and BBC Studios, the six-episode series was created and written by Gaiman, who also served as showrunner. Douglas Mackinnon directed the series. Good Omens stars an ensemble cast led by David Tennant, Michael Sheen, Adria Arjona, Miranda Richardson, Michael McKean, Jack Whitehall, Jon Hamm, and Frances McDormand as the voice of God.

Like most other productions from the BBC and Amazon Studios (at least so far), this is a quality production on all levels and very enjoyable. Highly recommended, and if you haven’t seen it yet, you should make room for it in your queue. Happy viewing.