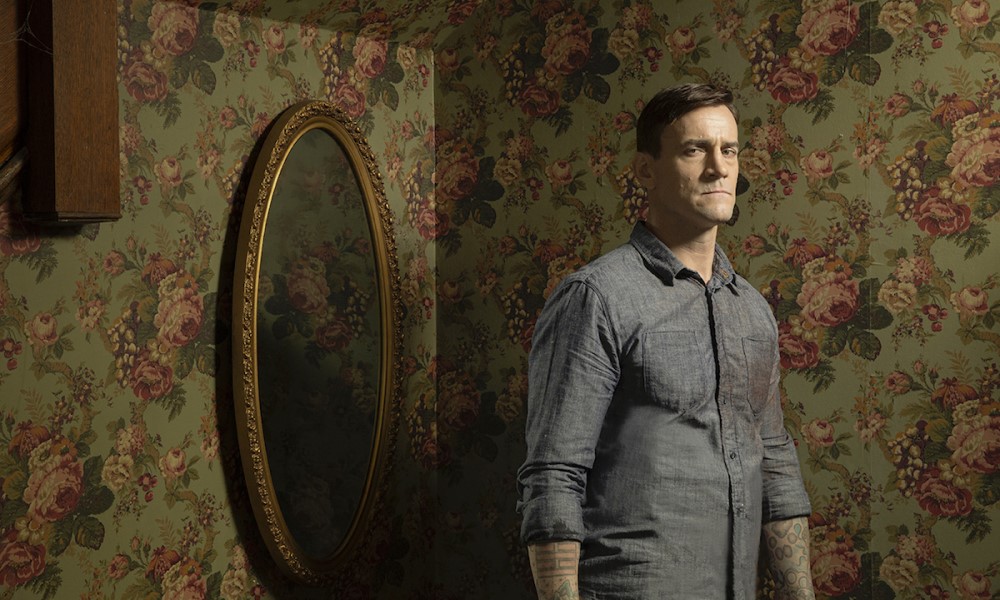 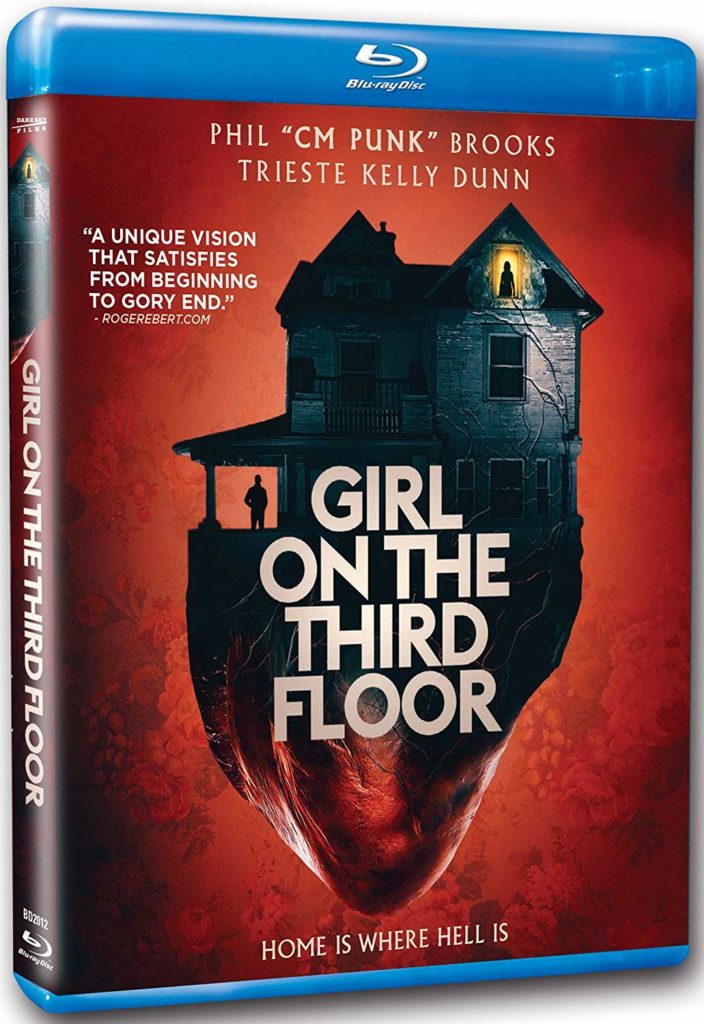 Girl on the Third Floor stars former professional wrestler, Phil Brooks, better known by his ring name “C.M. Punk”. Brooks plays Don Koch who has bought an old Victorian home in the suburbs of Chicago along with his wife, Liz. Don moves into the house early to renovate the home for his wife who is pregnant with their first child. Dan’s sordid background is hinted at early on and we quickly become aware the Don is on his last chance with this wife.

Accompanied by his dog, Cooper, Don begins renovations and runs into one problem after another. A strange fluid oozes from electrical outlets, Don gets blasted in the face by a viscous black liquid as he tries to fix the plumbing and he keeps finding clear marbles scattered throughout the house. And then there is the beautiful girl named Sarah who keeps showing up and luring Don back into his old womanizing and boozing ways.

He meets his neighbor who is the pastor at the church across the street who reveals that Don’s home had once been a notorious brothel decades earlier. The house and its restless spirits prey on Don’s weaknesses and lead him down a deadly path.

Girl on the Third Floor isn’t anything original. It’s standard haunted house fare and borrows liberally from the first season of American Horror Story. Brooks has to carry much of the film on his own and while he does go a bit over the top at times with his expressions and reactions. I’ve certainly seen worse performances by more experienced actors.

Director Travis Stevens takes a page from the Evil Dead films by tormenting Don with a lot of slapstick horror. The spirits taunt Don constantly with oozy, bubbly, and disgusting fluids whose origin I don’t want to guess. At its core, however, it is a story about a sleazy guy paying for a lifetime of being a jerk, which makes it hard to feel any sympathy for him.

While Girl on the Third Floor doesn’t blaze any new trails in the haunted house genre, it does provide a good balance of creepiness and dark humor to make this worth a view.