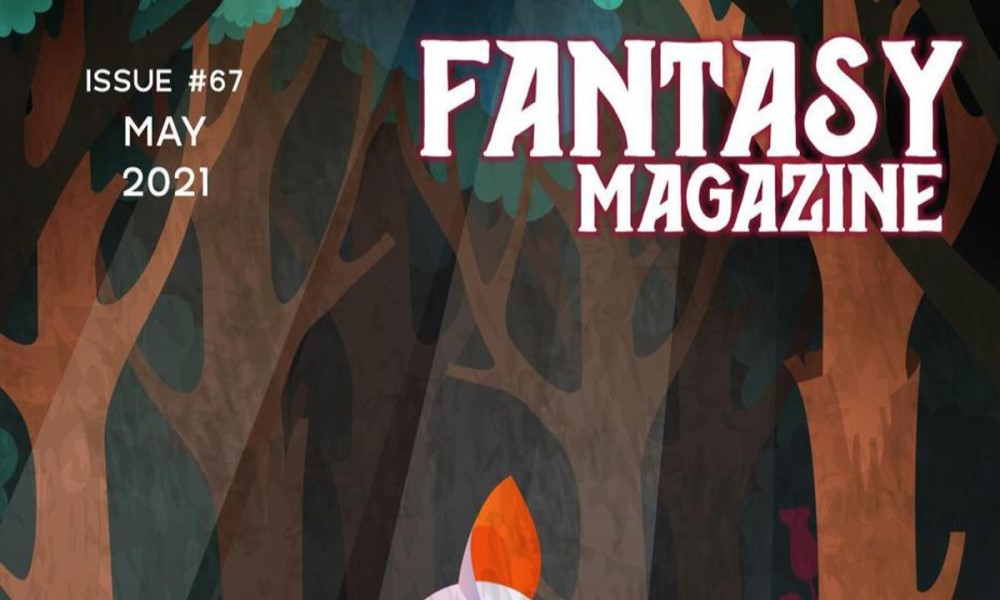 Well, well, well. If it isn’t my friend Izzy Wasserstein gracing the cover of Fantasy Magazine #67 as the headlining story. Izzy is a badass, so I know “Like Birdsong, the Memory of Your Touch” (clocking in at just 700 words) will be awesome, but I’ll do my best to remain stoic and objective in my reading of it…. 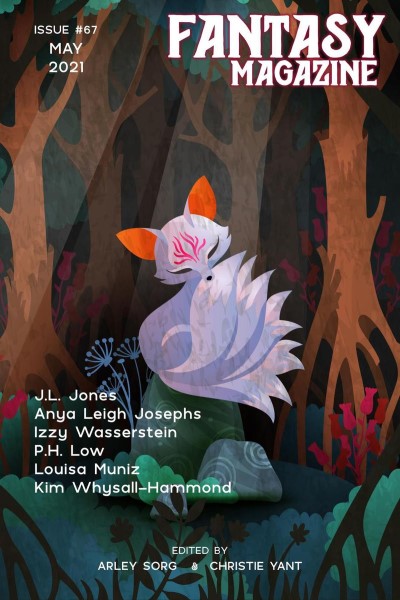 Nope, not gonna work. How can I be stoic and objective when the underlying theme strikes chords similar to the classic Ray Bradbury story “August 2026: There Will Come Soft Rains” (one of my all-time favorite stories that takes its name from Sara Teasdale’s poem “There Will Come Soft Rains”) that examines a dying world destroyed by humans and being reclaimed by nature? Exquisite. The cherry on top is the writing style. Izzy chose to use a stream-of-consciousness POV that echoes the chaotic and seamless style in Virginia Woolf’s Mrs. Dalloway, a perfect emulation of “the relentless effacing of years.” Did I mention Izzy is a badass?

“The Sweetest Source” by J.L. Jones reminds me of a cross between Charlie and the Chocolate Factory (or Willy Wonka and the Chocolate Factory, take your pick), Return to Oz, Hunger Games, and The Matrix. And it works to a certain extent. It’s 5,019 words and should probably be a novella or novel. Some things just aren’t sweeter when they’re shorter. It’s worth a read, and if it one day becomes a book like it probably should, I can see some Hollywood interest hovering around.

“Disenchantment” by P.H. Low is the one I identify with the most. It’s about a girl born with a hole in her heart, raised by overprotective parents, feeling like she doesn’t belong, plagued by festering self-doubt, and yet fueled by a longing to escape, to explore, to live. This piece is a situational story, so don’t expect much to happen. It’s a glimpse into a burgeoning quest. What happens next? Will she succeed? Will she find what she’s looking for? We’ll never know. All we need to know is that she accepted the quest, and such a prospect is the very message many of us need to hear after the stagnant year we’ve survived, isn’t it? Just take that first step.

This issue #67 is a really, really great one—and I’m not just saying that because I know Izzy Wasserstein. Each piece is a call to awareness, to awaken, to accept the quest. And I’m here for it.