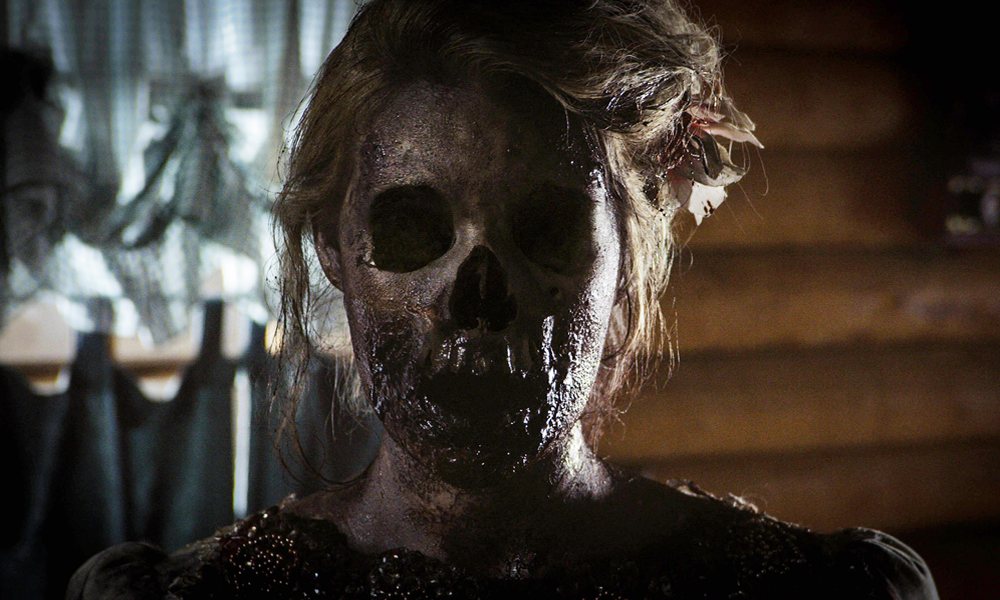 There’s an unwritten rule in low budget productions: don’t let in on your limitations. Generally the desire is to make films that feel higher tier than your resources allow: polished effects, smooth camera pans, talented amateurs. It is possible, probable, and all too common to overshoot the mark and reach too high for a smaller film to manage, leading to the opposite of glitz and glamour. The curtain falls and the budget is put into stark relief, not circumvented. 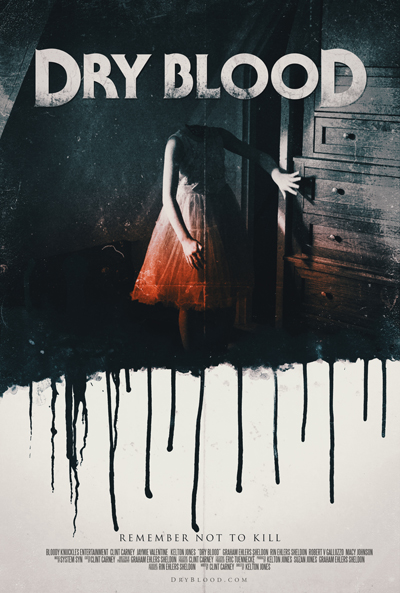 There’s another school of thought however: Verisimilitude. Shadows and lighting that feel accurate to the location, off the cuff dialogue, a slightly rocking camera casually taking in objects and characters like an invisible observer, not so much like artifice. When telling a story from the perspective of an unreliable narrator it is an overlooked imperative to cement a world that feels solid before it starts to break down. The lead of Dry Blood, Brian, is a recovering addict so his worldview is askew, but the film cleverly has the cracks in his outlook spread slow and at the peripheries of what originally appears to be an entirely ordinary canvas. There is color correction, but not so much that the film looks entirely one color. There’s CGI but it’s blended with practical work and is subtle enough to warrant a double take. Dialogue has profanity, but not to a ridiculous degree. Just enough to seem like ordinary people speaking.

Of all things I got the sensibility of David Cronenberg’s ‘magical realism’, and this is a very good thing.
It’s an effective dissemination of the weird which does keep the watcher’s attention to the slightest detail. You realize quickly not everything you witness actually occurs. People will say something and immediately deny it, leading you to wonder if both the viewer and protagonist are experiencing a waking delusion. A film is an intriguing place to investigate themes of fractured perception because on some level everyone is aware all films are manufactured realities. Rules of progression, consequences, and basic adherence to physical laws and reason allows a film to encourage a watcher to believe in the new vision presented to them on the screen, suspending disbelief for the duration. But what happens when those rules are broken? A pretty intriguing mix of believability and psychedelic delirium, up to a point. Unfortunately, the cracks begin to show in the film itself at a certain point.

The real let down is the sound effects. Maybe it’s my own experience in editing but I was able to directly recall each stock asset used, which coupled with the sometimes poor mixing led to scares being muted. Maybe the final version of the film will use better or original assets or maybe this issue won’t be a problem for anyone else. Still deeply familiar wolf howls, thudding noises, and glass breaking sounds might be off-putting just because of how artificial they seem lined up against the gritty, raw footage. The music too can be a little on the nose in terms of emotions: orchestra blaming away or a base measure muttering overpoweringly when the performances on screen would have led the mood well enough. Again, this is only truly obvious stacked against highly effective scenes without any music at all or incidental droning of music over a stereo sound system.

Then there is the conclusion which is a mingling of great acting and way too predictable twists. What began as an investigation of someone suffering from doubt culminates in a PSA about the evils of drugs. The mood and theme of uncertainty in my opinion should have stayed more consistent, but to be fair there are incredibly few psychological horror examples I can name without disappointing endings.

Dry Blood is slow burn which some may find off-putting, but given the story being told about a man falling apart bit by bit the pacing is appropriate. The payoff actually feels like a disservice to the carefully measured buildup, but the journey is an interesting one while it lasts.