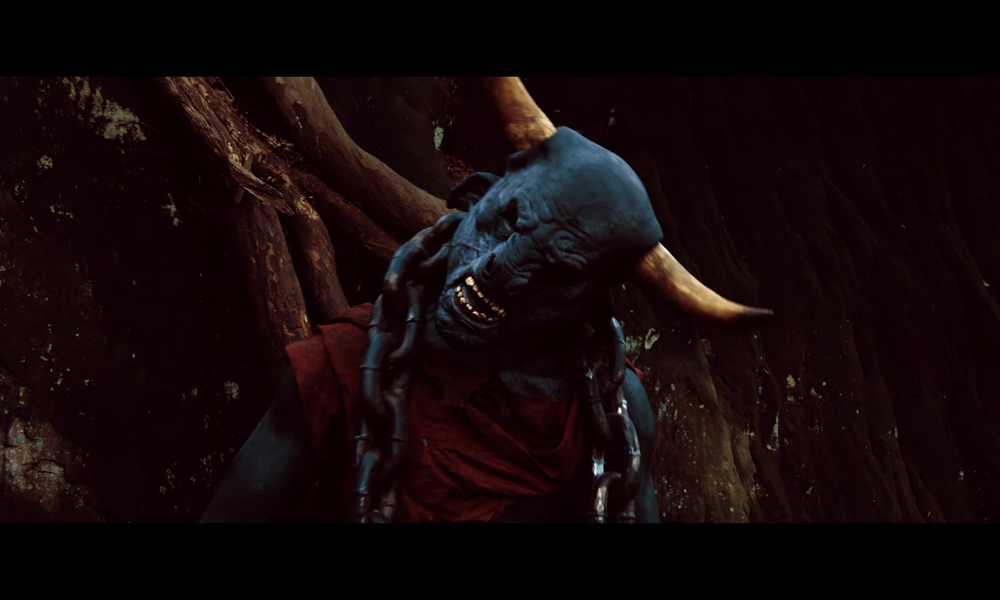 From award-winning executive producer Chris Newman of Game of Thrones and the Special Effects team behind Harry Potter comes Dragon Kingdom, the sequel to 2017’s Knights of the Damned. Dragon Kingdom picks up a few hours or minutes after the end of Knights of the Damned and sees our heroes leading Princess Elizabeth away from the now demolished castle and through village and countryside in an attempt to get to the castle where her father is staying and here evil brother is headed. 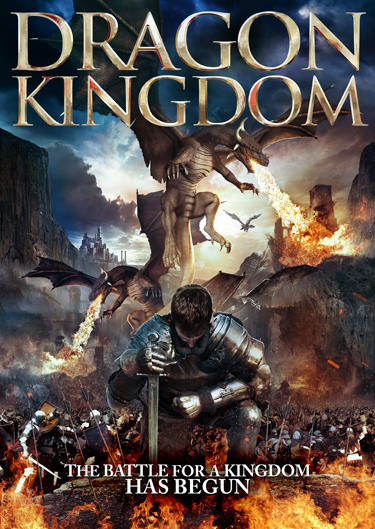 I am going to come straight out and say, this movie is flawed. In the trailer it touts itself as being from one of the producers of Game of Thrones and the special effects team behind Harry Potter. I’ve always felt that if you have to name-drop either people or past projects to give your piece credibility it’s because there is an extreme lack of originality and quality that your trying to cover up by dazzling your potential audience with what has come before and hope they’ll bite and spend money on a new derivative product in hopes of capturing the past magic.

A strategy that can work if you deliver and the project or movie in question outshines the creator’s previous efforts and can absolutely blow up in your face if the product is on par or even subpar in comparison.
Dragon Kingdom does not match the acting, dialogue, scale, grandeur, boldness, writing, choreography, pacing, dramatic tension or drama of Game of Thrones and if the special effects team who worked on Harry Potter worked on this movie, they must have spent their millions of dollars and last eight years of their lives high as balls destroying every brain cell they had on meth and crack cocaine.

Don’t get me wrong, the dragon effects are decent for a low-budget film, but if you’re going to bring Harry Potter visual effects as your standard, you better bring the goods and they did not bring the goods. I honestly think they passed out and let their dealers make the visuals.

Having said that and getting it out of my way. The visuals in this movie, costumes, creature design and even CGI special effects were good for a low budget film. Some of the creatures were people wearing painted clothes with foam bumps put along their spines and painted hoods and masks, but in the end, they were fun to laugh at in all their low budget glory. What they had was good for the money, but it absolutely looks fake and doesn’t appear to really be interacting with its environments and has some clunky movements (especially when flying) but, it’s not a gripe when you realize it fits with the aesthetic of the movie.

The major flaw of this movie seems to be in the script. The movie is dialogue heavy in places with characters talking back and forth about what is going on or what had gone on (in the previous movie) and it is boring. The next problem is with the flow of the movie, it is either in the editing or the script. There are random scenes which don’t seem to fit or have any rhyme reason or context to the story at hand.

Case in point. Early in the movie our heroes meet a group of survivors who the heroes send off to ships in order to set sail for, somewhere else, I got bored and the details were lost. The story does catch up with the survivors on the boat, talking the captain and getting the captain to set sail and take his ships on a journey to rescue these refugees, but the scenes, dialogues, danger, mean nothing to the greater story at hand.

The survivors flee and after an argument with the captain, they all set sail. Refugee story: Over. Done. They, nor the captain were interesting or valuable to the story and disappeared and if they showed up later in the movie it was a five second blip, but nothing was said or done for them. Maybe, they’ll be in the next movie, but other than setup, they don’t setup any purpose here.

The big problem with this movie and its predecessor, is the ending and this will be the main gripe of most people who sit through these two films. These feel more like an episode of Game of Thrones in that the stories end on cliffhangers, but not satisfying cliffhangers where any major resolution happened. With Game of Thrones or any TV series you know there’s another episode coming out next week, but the story arc of the episode had ended.

It was like an episode of the Get Along Gang, but with swords, lizard masks and a beautiful princess. Seriously, there was fighting, but these villains were all defeated with speeches and laying down of swords. It was hard to swallow.

This movie did not allow any great investment in the characters or their stories and was hard to follow. The sets and characters for the most part looked great, but they looked too great. They were clean and though they were supposed to look weary, looked generally refreshed and like they’d not been fighting for their lives the last week.

In the end, this movie was okay, I would say if you like an occasional bad movie, this might be for you. The horror element is light, this is mainly a fantasy movie with dragons and knights with some zombies thrown in as an almost afterthought, but if you’re bored, I’d give this one a whirl, especially if you enjoy ripping on bad movies. The acting is okay, but the script needs work, or the editing. You decided where the flaws are.