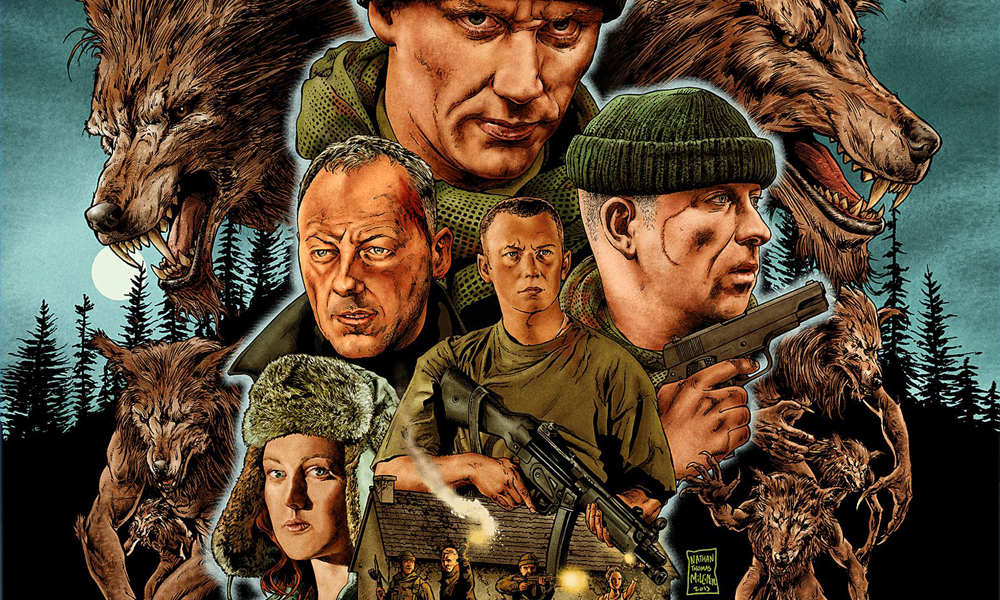 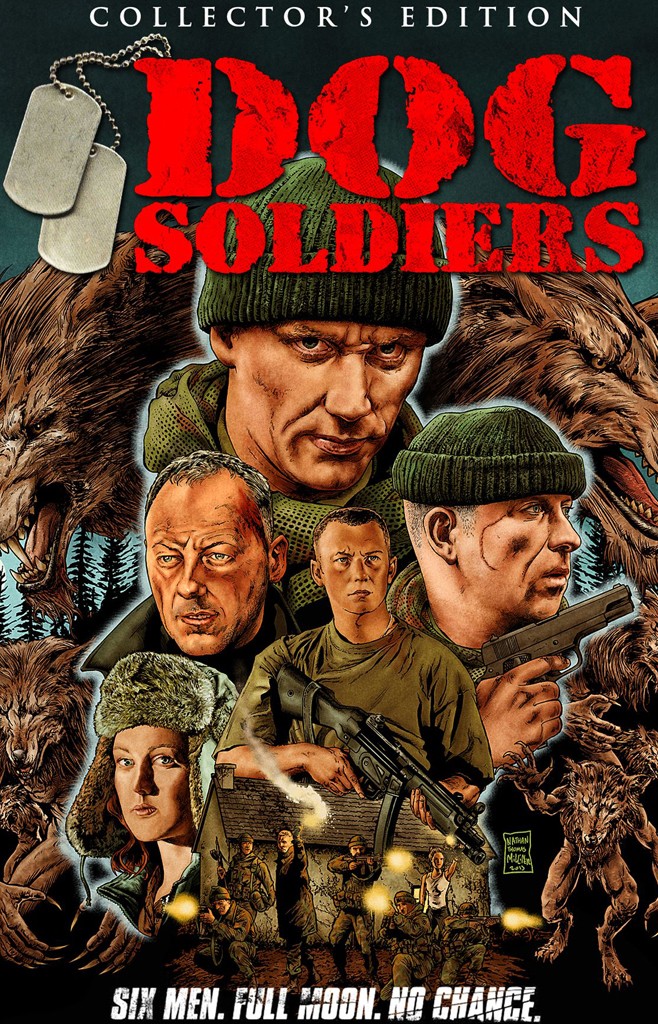 Hollywood loves to pitch you two properties to sell a new movie. It is their quick sell and faster than explaining a lot of the plot and details. Using the same technique, I will give you the same deal on Dog Soldiers. It is the Evil Dead (1981) meets Aliens (1986), with werewolves.

When the film was released in 2002, names such as Neil Marshall, Kevin McKidd, Sean Pertwee, and Liam Cunningham meant very little. If you were a fan of Danny Boyle’s Trainspotting you may have recognized McKidd’s name, but certainly not the physical transformation the actor went through from heroin addict, to soldier, to centurion in HBO’s Rome. Pertwee is a fine actor, but until his recent starring role on Gotham as Alfred, was better known as the third Doctor Who’s real life son. Cunningham is a fantastic actor, yet outside of his role on Game of Thrones, blends perfectly into the cast of actors he always supports. As for the film’s director, multiple Game of Thrones episodes, The Descent, Doomsday, and Centurion where all that followed after Dog Soldiers. All these elements are now what make the film so much fun.

We get our quick scare at the beginning of the film to set our tone. A couple of young lovers out on a camping trip get torn up. Pay attention, because the one obvious prop will appear later in the film, long after you have forgotten about it. We then witness Pvt. Cooper (McKidd) being hunted by a special forces unit lead by Capt. Ryan (Cunningham). This is actually Cooper’s trial run to become a part of the special forces unit. We learn, from Ryan’s assessment, that Cooper doesn’t have what it takes to be a part of the team. Why? He is deemed too sensitive. Between these two separate events, with some establishment of time taking place, we get a sense of the creatures and characters involved. It seems a bit jarring, the time jump, but is only to establish that these are different events. In short, just go with it.

We join Cooper, a short time later, on another training exercise, only this time it is in a war game type scenario. Sgt. Wells (Pertwee) is leading his unit and Copper is his second in command. They are working with their unit on maneuvers when a dismembered animal literally drops into their laps. They trace the wounded animal’s path back to a military camp complete with supplies and one wounded soldier, Capt. Ryan. Then all hell breaks loose.

In the realm of of horror movies, Dog Soldiers is exactly the two films I used to summarize the plot above. Marshall uses the very best of those two horror films to deliver a great thriller that is never tongue in cheek; nor does it over-explain why the werewolves exist. Realism is the key and McKidd’s Cooper takes everything in stride as if he is a very real soldier dealing with the problem. Why are their werewolves? It doesn’t matter, because we still need to survive them. There are two horror elements from the Evil Dead that come into play. The first is the soldiers fortifying a home to trying and survive the night. The second is that no one is safe from becoming one of the werewolves. The element from Aliens arrives in the form of comradery. The one thing you expect in Dog Soldiers is a Hudson (Bill Paxton) character. Thankfully, Dog Soldiers leaves this character out of the film.

I went in with an open to mind to Dog Soldiers. Werewolf movies are always a tough sell and rarely as good as the original Wolf Man with Lon Chaney or John Landis’ An American Werewolf in London. Neil Marshall knew this and even mentioned it in “The Making of Dog Soldiers” special feature documentary, that he used that insight to shape his film. How can you top Rick Baker’s werewolf transformation? You can’t, so Marshall kept to the story and ignored the trappings that so many other werewolf films fall into. The film does look a tad grainy on Blu-ray because it was shot on 16mm and blown up to 35mm. It won’t matter because you will howl at the moon after you witness this great horror movie.