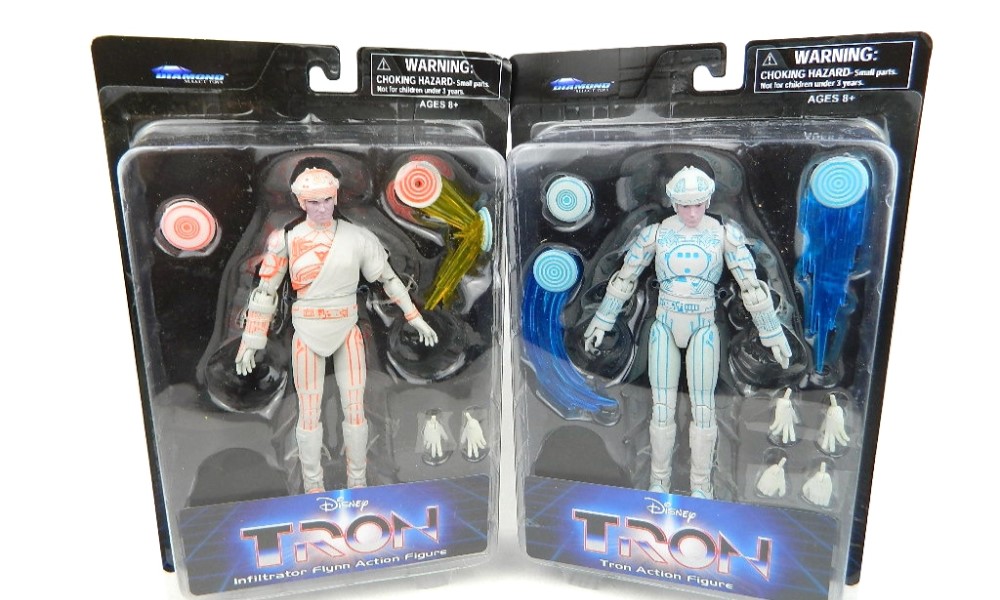 Tron (1982) was one of the first films to utilize computer generated animation and effects. The development of the film first started in 1976. Director Steven Lisberger shopped the project to every major studio in Hollywood and were turned down. In 1980, Disney finally took a chance and decided to produce the film. This is notable as at that time Disney was not the juggernaut company that it is today. Their previous attempt at a science fiction film was the 1979 film “The Black Hole”, an attempt to cash in on the Star Wars craze which met with lukewarm critical reception and moderate box-office success. 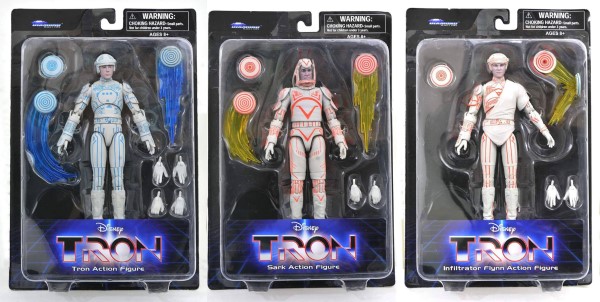 Tron would be come Disney’s highest grossing film in five years and become a cult classic, inspiring video games, books, a 2010 sequel, and a 2012 TV series on the Disney Channel. Now, For the first time ever, Tron gets “movie-accurate” action figures courtesy of Diamond Select Toys! Each 7-inch scale action figure is based on the look of a character from the 1982 film – Tron, Sark and Infiltrator Flynn in his red infiltration disguise. Each features approximately 16 points of articulation and interchangeable disc accessories and effects, and comes packaged on a full-color blister card. 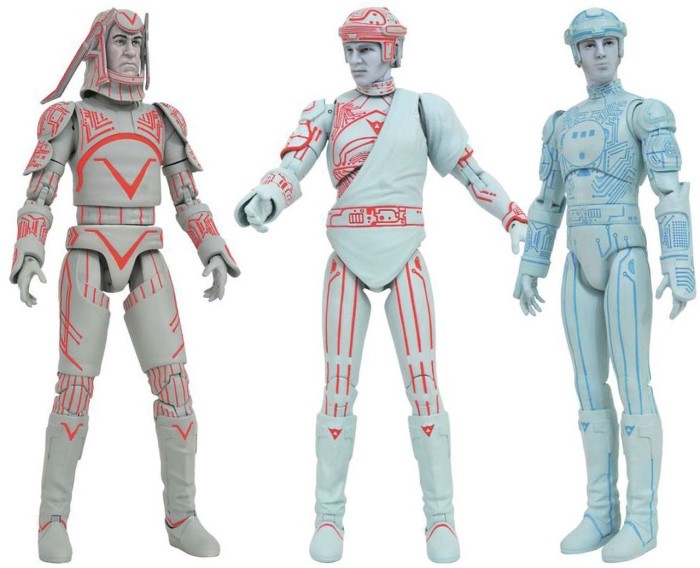 Infiltrator Flynn is the character portrayed by Jeff Bridges in the film. Flynn was a former computer programmer who finds himself zapped into the digital world of the ENCOM mainframe computer by the Master Control Program. Flynn teams up with the heroic Tron to bring down the Master Control Program. Flynn is highlighted in red neo colors. He comes with interchangeable hands, a disc, and a disc with rebound effect. The 16 points of articulation make Flynn highly posable, especially to throw and dodge the deadly laser discs. At first I thought that the likeness to Bridges wasn’t very strong but I was thinking of Bridges in terms of modern day. I googled some pics from the film and upon further review the likeness is quite good. The figure some with a base so it displays well when removed from the card. 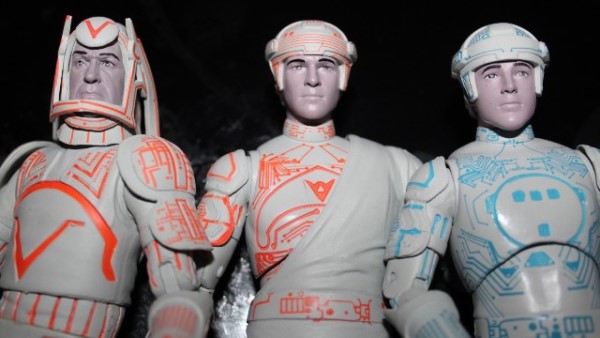 Next up is Tron, portrayed by Bruce Boxleitner in the movie. Alan Bradley was Flynn’s programming partner who developed Tron as a security program to keep watch on the Master Control Program. Flynn’s goal is to locate Tron while in the mainframe and unlock the security program as a means to counter the MCP. The Tron figure comes highlighted blue neon as seen in the film. He come with three sets of hands in all with different grips to hold the laser discs. He come with one standard disc and two discs with trailing laser light effects. One is a straight motion and the other a curved motion. Again, the sculpt provides a very sharp likeness to the film version. Comes with a base for standing.

Finally we have the evil Sark played by David Warner in the film.