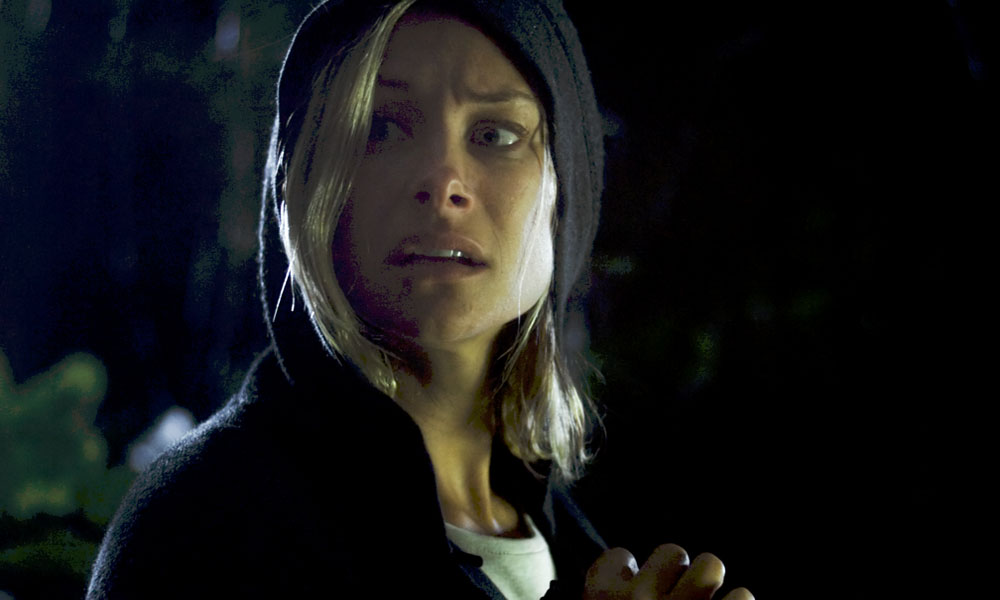 Newly widowed Abby (Jaimi Paige) takes her friend Jen (Alyshia Ochse) and 13 year old son Sam (Toby Nichols) on a hike to scatter her husband’s ashes. While on the trail, they encounter a mysterious hiker (Claude Duhamel) whose plans for them bring them fear, misery and death. 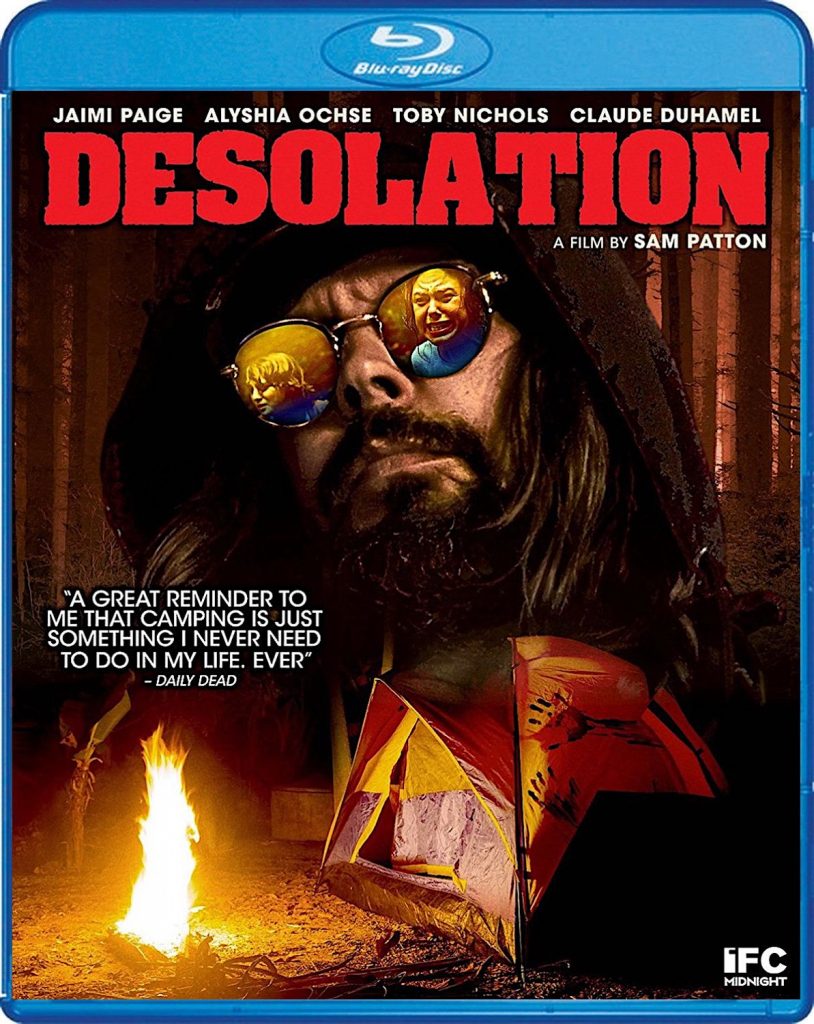 The villain, on first viewing is a guy in a hoodie who looks like either the Unabomber Ted Kaczynski or Rob Zombie. On second viewing, he looks completely ineffectual and doughy. His main power is being a creep as he stares at people from a distance. I really had a hard time finding the villain intimidating or much of a threat. He wears a hooded rain jacket all day and night with a pair of sunglasses…how the hell does he see in the dark of a forest with those things on? He’s never seen with a flashlight.

I can buy these two women and boy found this guy creepy. Despite their apprehension and unease however, they continue their hike and camping trip and come nightfall they go off to their separate tents to sleep, letting their guard down.

Sometime in the middle of the night, Jen’s tent is slit open and she is dragged off. Abby gets up and upon finding Jen gone starts screaming after her. She wakes up Sam and they plot how to leave without Jen. As a mom, Abby has that obligation to keep Sam alive, she says as much, but she doesn’t even try to find Jen or follow an obvious trail towards her friend.

There is no dialogue or action to make you think any of them are conscientious objectors, pacifists or devout Amish. They’re in a forest, which literally has weapons everywhere, they just need to reach out and grab a dried-out branch or a hand sized rock and beat this meandering numbskull until he stops following them or gives their friend back. When they are eventually forced to fight back there is almost no hesitation and nothing after the fact to suggest they broke some devout moral code.

The actions of the goofy murderous hiker and the way the other characters reacted to him were the biggest downside to this movie. Considering that their reactions to him naturally would caused increased tension and drive the story, but because the reactions are boring and dull, what little tension there is evaporates and the move just drudges on.

The visuals of this movie were crisp and the dialogue between the two female actresses dealing with the death of Abby’s husband and Jen’s possible future plans was felt almost like a natural conversation. Sam, was a little more annoying as a character, I don’t necessarily think this is the fault of the actor. It didn’t add any realism or value once the action picks up, it just made one wonder why his mother didn’t smack him and tell him that their lives were on the line.

In the end, this movie was fluffy on any terror. It might make an okay time killer if you have an hour and a half and aren’t looking for anything gory or violent and your cell phone isn’t charged or you don’t have any personal grooming to do.