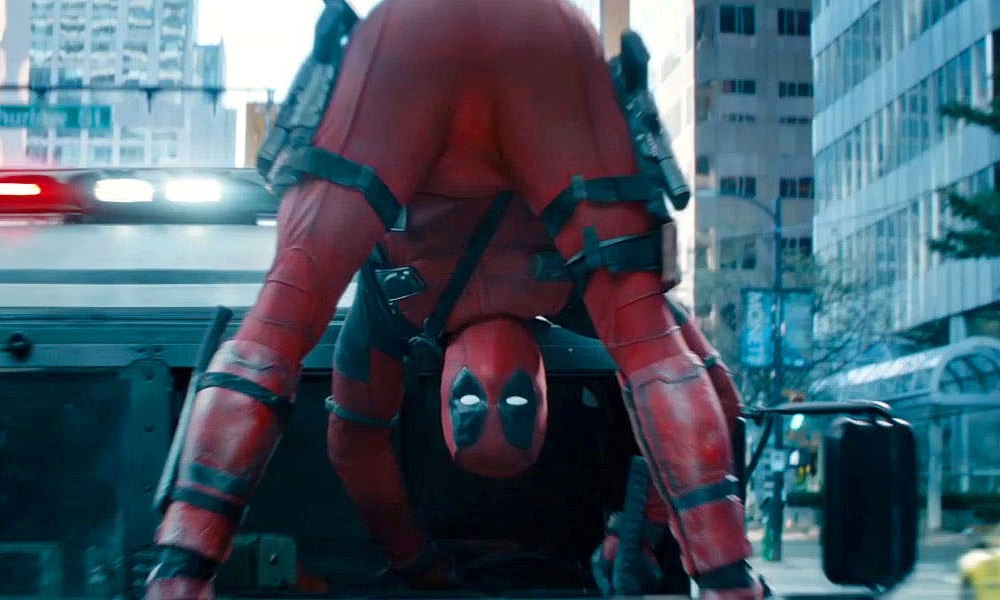 My tastes have changed as I’ve gotten older, wiser, and more cynical and analytical.  As an adult I came to see the original “Star Wars” trilogy, released when I was a kid and which all kids then loved, as live-action children’s cartoons.  (The two Star Wars (1977) sequels even functioned as toy commercials just as children’s cartoons do.)  And I came to see the original Lethal Weapon (1987), released when I was a teen and which I once thought was the coolest movie ever made, as “Rambo gets adopted by The Cosby Show’s Huxtable family.”  (That was actually a clever bit of cross-breeding and cashing in.)

But even now that I’m a bitter middle-aged bastard, my inner adolescent refuses to “go gentle into that good night.”  That’s why I was a fan of the deliberately offensive comedy TV show Tosh.0 before it “jumped the shark” and love the blackly comedic, ultraviolent Deadpool (2016), which is essentially “Daniel Tosh as a superhero.”  (Ryan Reynolds even sounds almost exactly like Daniel Tosh when he plays “the merc with a mouth.”)

In Deadpool, a mercenary with the Stan Lee-style alliterative name of Wade Wilson and terminal cancer undergoes an eleventh-hour experimental procedure to awaken any latent mutant capacities.  It activates a superhuman regenerative ability but leaves him looking “like Freddy Krueger face-f***ed a topographical map of Utah.”  Seeking revenge and restoration, he names himself after the morbid betting game of deadpool, dons a Spider-Man-esque costume, and proceeds to make juvenile wisecracks and “break the fourth wall” as he both gives and receives acts of tragicomic überbrutality. 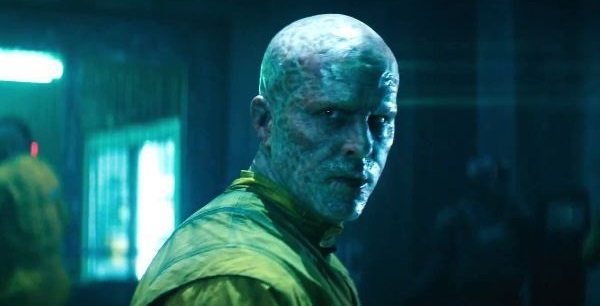 Deadpool earned over $783 million against a $58 million budget and broke numerous box office records, but plans for a sequel began before it was even released because it’s “sooo good.”  Thus in its de rigueur post-credits scene Deadpool promises “in the sequel, we’re gonna have Cable.”  And Deadpool 2 (2018) does indeed have Cable (played by Josh Brolin), a cyborg soldier who arrives from the future to perform a terminator-style retroactive abortion.  His target is Russell Collins, a.k.a. “Firefist,” a 14-year-old mutant who in the future murders Cable’s family (and many others).

Deadpool, seeing that Collins was being abused by the orphanage staff at the Essex Home for Mutant Rehabilitation, decides to save him, reasoning that if he can prevent him from committing his first murder (of the Home’s headmaster) he won’t get a taste for it and continue along that path.  And adding to the grimness and darkness is Deadpool’s suffering a tragic loss at the beginning of the movie, which the jocose opening credits remind us was directed by “one of the guys who killed the dog in John Wick,” i.e., one of the co-directors of John Wick (2014).

The original Deadpool has grimness and darkness, too; but it doesn’t bleed into the movie’s wild, whimsical tone or adulterate its silly, sophomoric humor.  This is mostly because its nonlinear narrative features Deadpool being Deadpool before jumping back to the beginning of his “origin story,” in which he suffers terminal cancer and prolonged torture.  In contrast, Deadpool 2 not only features Deadpool’s tragic loss near its beginning but obsesses over it.  And it takes its theme of embracing the “F word” (family)—Deadpool’s salvation via becoming less of a loner—far too seriously. 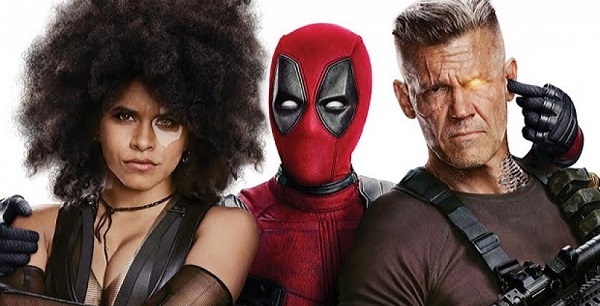 Deadpool 2 is ruined by the fatal error of treating its tragedy and theme with solemness instead of satirizing them for the action movie clichés they are.  And this is especially regrettable because its premise provided the potential for it to be a worthy—and perhaps even superior—sequel.  A sequel, to be successful, should be better, bigger, and/or more elaborate in more than one way to compensate for audience pre-familiarity.  It should have a bigger scope, bigger stakes, more carnage, and/or more characters than the original.  Deadpool 2 is an increase in some ways but a decrease in others.

This sequel to Deadpool does have a bigger scope, bigger stakes, and more characters.  But its comedy and carnage are not only at a lower level but are undercut by its semi-somber tone and slowish pace.  It misses or botches many opportunities.  The mutant boy is a chubby, ungainly brat and thus could’ve provided what Jake did in the hit comedy TV show Two and a Half Men.  Cable could’ve provided material for more “Terminator” jokes.  And the section in which Deadpool and the boy are incarcerated in “The Icebox,” a prison for supervillains, could’ve been mined for comedy gold.

To be sure, Deadpool 2 does have some merits.  The fights with the Juggernaut, an ill-fated group parachute drop, and certain mid-credits scenes are hilarious.  Ryan Reynolds is again terrific, as he owns the “motormouth mercenary” role as much as Robert Downey, Jr. owns the Tony “Iron Man” Stark role.  And Zazie Beetz is also terrific as Domino, a mutant whose superpower is her being extraordinarily lucky.  But the positives are outweighed considerably by the negatives, and so Deadpool 2 is on balance a bad movie—not very bad or even pretty bad, but solidy bad.