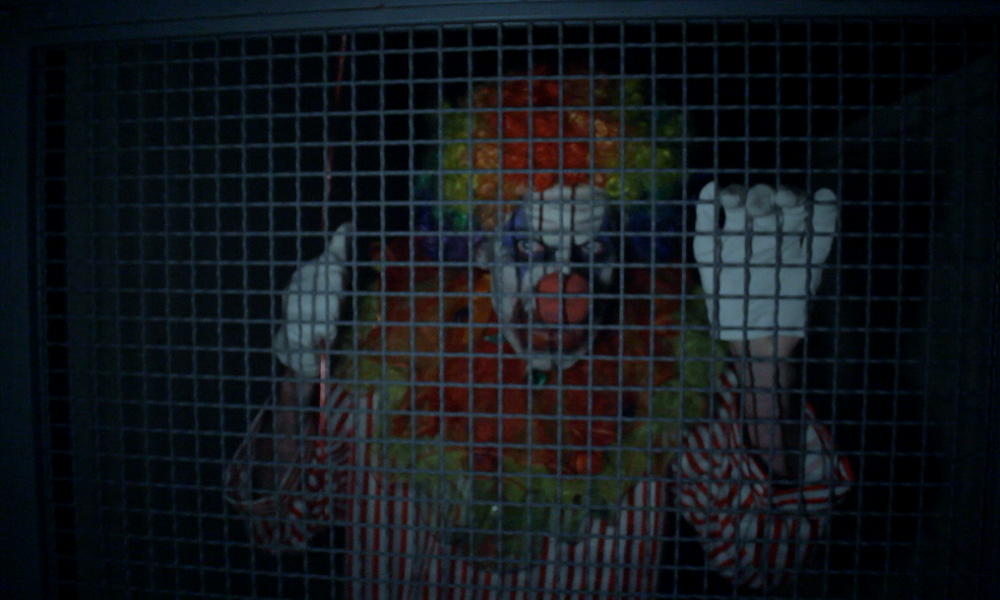 Is…this supposed to be a joke?
Initially watching Dead List made me suppose the constant homages to other films, stilted dialogue, poorly compressed footage and unimpressive special effects were due to poor filmmaking, but about half an hour in and things got so ridiculous I’m not completely convinced any of this was meant to be taken seriously. 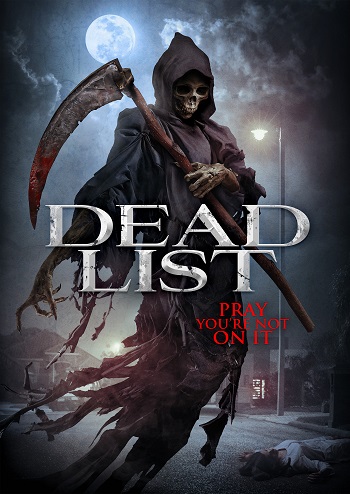 From the slightly-too-familiar premise and title to the baldfaced ripping off of pop horror, Dead List is on shaky ground as either a hokey attempt to recreate the scares of slashers past and present (and mostly failing) or a straight-faced intentional send up of horror cliches. No one can be this tone deaf, let alone an entire team of actors, writers, and crew. Someone should have pointed out that just because you’re injured in the face doesn’t mean you will immediately die. Two LED lights, one red and one blue, do not a cop car make just because you mount them behind a parked car and foley in a siren. In the same film seemingly trying to capture a mood of menace and atmosphere in a sequence involving a surprisingly effective elderly actress acting strangely it is generally NOT recommended to have another sequence involving a flapping, grumbling booklet chasing someone like something out of a wacky commercial. Or maybe Evil Dead on a budget? However that basically highlights the weird disconnect of horror types on display here.

Dead List has some interesting ideas at the heart of it. The references to classic horror flicks extends to the format of the film itself which is essentially a harkening back to the anthology film which was big for awhile in the seventies and eighties and saw a light resurgence recently. Each obnoxious character is literally marked for death and their demises are usually some kind of bizarre circumstance with a gruesome finale. So far, so decent. Where things fall apart is the crucial ingredient lacking here that was prevalent in so many classic anthologies movies: irony.

None of these sequences has much impact beyond a chuckle because none of the characters are well established or their foibles laid bare…except maybe their arrogance, caustic attitudes, and flippancy, but that could be ANY character in this film. You don’t care about any of these people or what they want so when they’re in trouble or if they die you feel nothing.

It doesn’t help the music is constant even in scenes where silence would have improved the mood. What kept me invested beyond the broad acting, confusing events, bad effects, and poor lighting and compositions for shots was the desire to see the mystery through. Were the creators aware of how bad their own film was…and was that the true point? Sequences like the talking, flying book made me think of Evil Dead, and that was very much a self aware horror feature. As mentioned the references are in your face and have no subtly but you can appreciate the filmmaker’s passion for the genre at the very least. The credits are based on Halloween down to the music and slow zooming in. There’s an homage to the viral short horror film The Mama which was developed into a feature of the same name. There’s an homage to Drag Me to Hell, The Twilight Zone, Creepshow, Psycho, Jaws…the list goes on.

So was all of this, along with the overplayed tropes and hilariously cheap effects, signposts that Dead List is an elaborate prank? I guess it could be enjoyed on that level: as a schlocky reference pile whose ambition either overrode the obviously tiny budget, or an ironic tribute to the productions the filmmakers clearly adored. It’s a film that’s difficult to hate but equally difficult to love.

Someone out there is going to dig this movie. This is just weird enough to scratch some kind of itch. For me it was a little too feeble to be fully enjoyed on any kind of intrinsic merits. It might be a good time with friends to appreciate just how random, ridiculous, and laughable this ‘horror’ can become.
Did they try and fail to be scary? Did they never truly try and it was all a joke played on the viewer? I’m leaning towards the latter but I can’t discount the former, and this is why I can’t quite give this a stamp of complete approval as anything but a curiosity for those looking for a campy, if confusing, distraction.