Daredevil Season 3 Review (Spoiler Free) Plus WTH Is Going On With Marvel/Netflix? 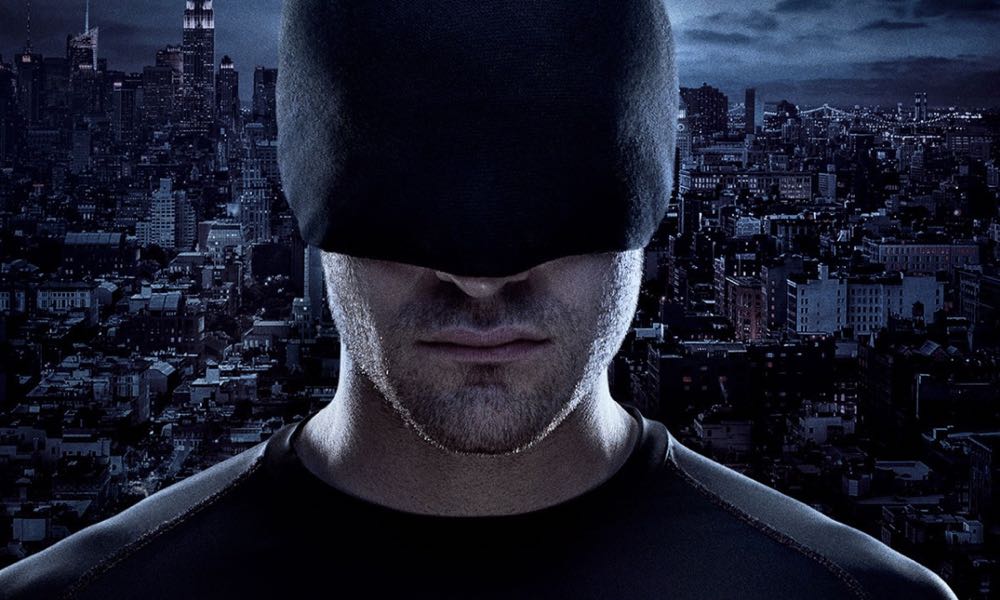 Admittedly, I sometimes find D’Onofrio’s portrayal of Fisk as a villain laughable to a degree. He occasionally conjures disturbing images of a bloated, wealthy John Travolta with poor sartorial taste in a Saturday Night Fever white three-piece suit made of some shiny fabric (silk?). Fisk has at times, (esp season 2) seemed like a spoiled fat child throwing tantrums when he doesn’t get his way. Still, season 3, however, has managed to make Fisk scarier, and seem a lot less over-the-top bloated drama queen this time around; the show found a way to make him feel more manipulatively sinister, psychotic, and someone to be taken more seriously.

In sharp contrast, the series takes a shot at humanizing Fisk by having him motivated primarily by his distorted idea of love. The show even goes so far it has him talking like a sappy poetry-spouting romantic like a teen with a hard crush who utters lines like ‘Love is the perfect prison.’ But the series never lets you forget he’s a monster. The season provides the set of circumstances that lead up to Fisk being named Kingpin.

Season 3 finds Matt struggling with not just healing his damaged body but also his damaged soul in the wake of the events in The Defenders, and a decision ahead about what path to follow in life going forward, coupled with an existential crisis of faith. He gets help from an unexpected source. The season’s narrative unfolded nicely in an organic way with a few surprises along the way and other devices to flesh it out nicely.

On the surface, Froggy has moved on with his life and is a successful lawyer while Karen is still a half-crazed investigative reporter who continues looking for windmills to joust with when she isn’t crying. Karen cries a lot. They both know things aren’t right without Matt and do not want to give up on him and admit he might be dead. Karen most of all. Froggy keeps trying to convince her to move on and that Matt is dead, but it becomes apparent he is trying to convince himself.

The other bad guy this time around is Agent Benjamen Poindexter or “Dex” AKA Bullseye who has the uncanny ability to turn anything he throws into a dangerous weapon thrown with deadly accuracy. Wilson Bethel is convincing in the role. He’s a scary guy. He gets depicted as a true sociopath with a violent rage inside he can only relieve by killing. The fight scenes with the character were different from standard fight scenes because Bullseye would fight by rapidly alternating between throwing anything within reach and punching, kicking and shooting. He proves to be a formidable adversary. The season ends with what looks like a setup for his possible return. (article continues after the bump)

Marvel’s Daredevil has been canceled by Netflix and will not return for a fourth season.

“Marvel’s Daredevil will not return for a fourth season on Netflix,” the show’s runner told reporters, “We are tremendously proud of the show’s last and final season, and although it’s painful for the fans, we feel it best to close this chapter on a high note. We’re thankful to showrunner Erik Oleson, the show’s writers, stellar crew and an incredible cast including Charlie Cox as Daredevil himself, and we’re grateful to the fans who have supported the show over the years. While the series on Netflix has ended, the three existing seasons will remain on the service for years to come, while the Daredevil character will live on in future projects for Marvel.” So the show is canceled, but it sounds like there might be a place for Daredevil’s character in future projects.

Following on the heels of the release of season 3 of Marvel’s Daredevil came the news that Netflix had canceled Iron Fist which I am sure most fans did not find that surprising, but right on the heels of that announcement came the news that Netflix had also canceled Luke Cage, leaving just Daredevil and Jessica Jones. Now maybe it’s just me, but I suspect that Marvel would prefer to have four shows on Netflix as opposed to two.

These recent decisions lead me to wonder what’s going with the two entertainment giants? Are we on the verge of stage two in the relationship between Netflix and Marvel, or is the honeymoon over and these are the first signs of a breakup? If so, what characters should we expect to see in the second stage? What second-level Marvel characters do you think should have a TV series? Of course, they could rearrange the stuff they already have that people like, for example, a series that rotates episodes featuring the Daughters Of The Dragon, Or Luke Cage and Iron Fist working together in the Heroes for Hire premise.