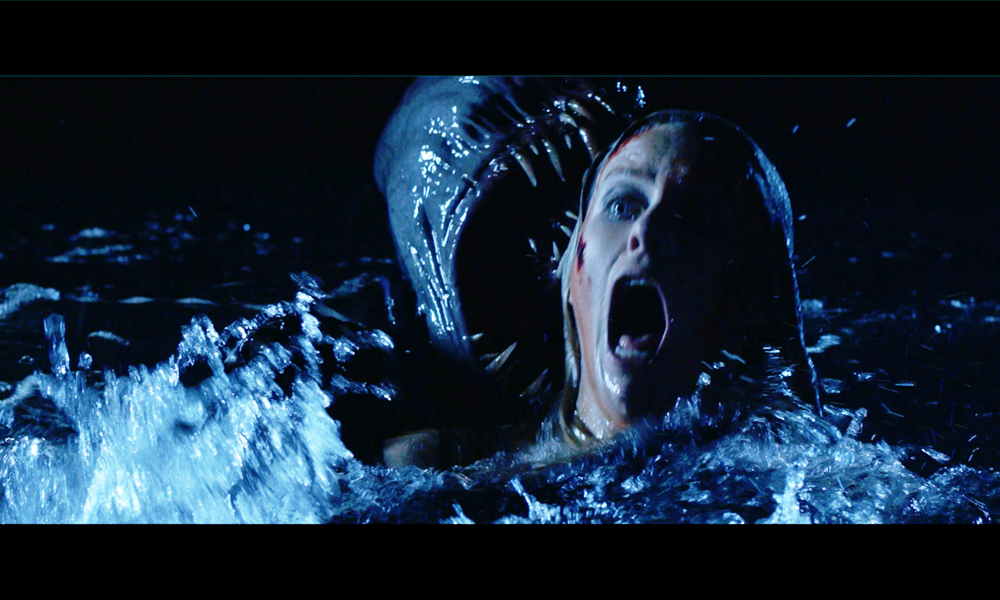 D-Railed is an apt title for a film that to be barrels along just fine, and somewhere along the line falls off a cliff. 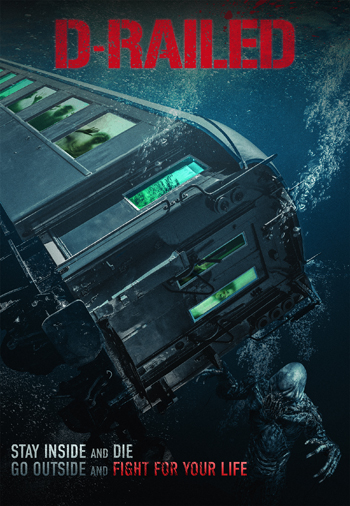 The general premise is a fun one. A group of ordinary folks put on costumes and role-play characters for a murder mystery train experience. At first it’s an intriguingly atmospheric combination of self-aware period clothing and tropes mingled with the cold opening’s promise of something darker and spookier to come. The actors are clearly having a great time portraying two different people apiece: the character they embody for the train trip and the contemporary person who paid for the experience in the first place. A suitably hammy host introduces every member of the cast in grandiose fashion. Everyone, including the audience, is having a good old fashioned time.

Then something happens and suddenly three different plots are fighting for space and the tone shifts on a dime. What had been a serviceable slow burn thriller with hints of the supernatural tries to morph into heist movie and then a disaster film AND THEN a monster movie without much provocation. I realize the unexpected is shocking, but the transition in moods is so rapid I kept expecting the other shoe to drop. It’s like if something like Friday the Thirteenth had the characters going to creepy old camp with a dark history…but along the way they crashed their car and ended up being attacked by a bear. People who signed up for the ‘teens at a camp’ movie would just be confused.
Confusion is not exactly the ally of horror.

The very idea of something as conventionally ridiculous as a monster is a tough sell for a supposedly serious film from the offset. Having the monster story hijack another far more enjoyable story midway through just feels aimless. I was geared up to praise the film for not giving in to the modern tropes of screaming actors wandering around blue-tinted badly-lit sets constantly screaming. From the beginning everything is brightly lit, people are smiling, and the tone has a subtle menace but remains enjoyable and inviting. The acting is great, the effects subtle.

Then someone flips a switch, the blue lighting falls, and all the interesting characters are replaced by dazed and muttering rag-dolls doused in stage blood and grime, meandering without direction in the dark in a musty, boring abandoned locale.

Someone must have decided the foundation of the film was too entertaining, too original, and too much of a deviation from every other horror film released in the last ten years. It even concludes with Lance Henriksen (who is barely in the film) intoning the fourth big twist in as many minutes to give at least a little old school credibility. By then the film has ceased to be a story and has dissolved into barely connected generic set pieces.
The two parts are functional and stylish in their own right, but it’s a shame the initial concept couldn’t be expanded to the rest of the movie, or that a film with such a promising start skids to an uneven end. The parts are greater than the sum of the whole thankfully.