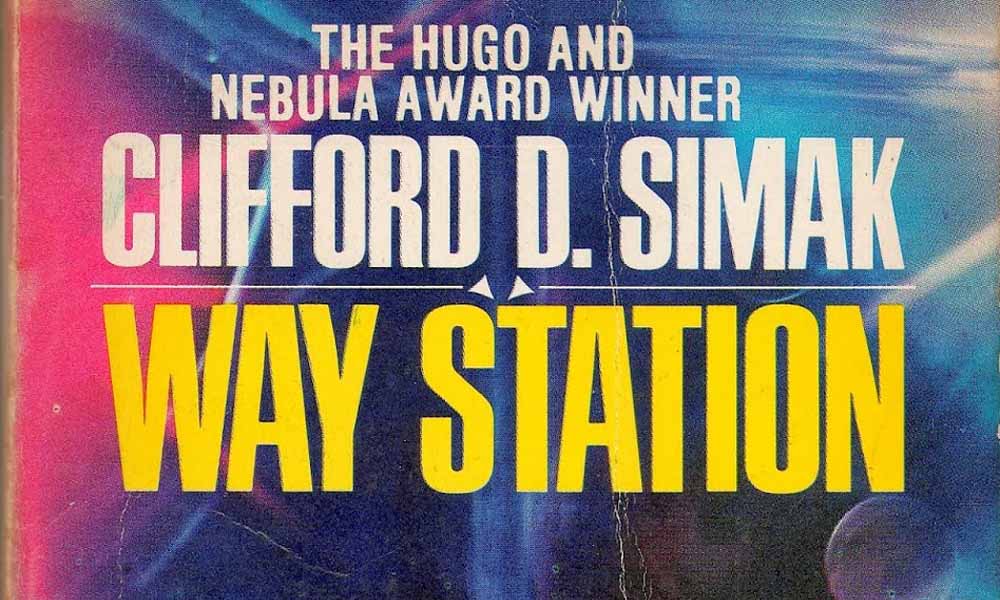 Welcome to the first in a regular feature here at the SciFi Movie Page, the Classic Science Fiction Book Review of the Week.  Each week we will take a look back at a classic sci-fi novel (1930s to the 1980s) and share our thoughts on why it is a classic.

Cliff Simak’s Way Station was published as “Here Gather the Stars” in the June and August 1963 issues of Galaxy Magazine and was one of his most notable works, winning the Hugo in 1964 as Best Novel. 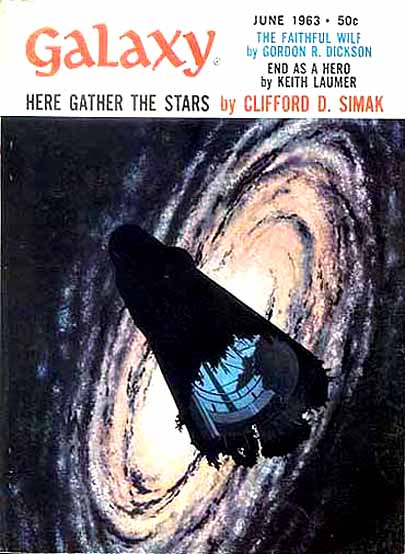 Enoch Wallace was a veteran of the American Civil War who is chosen by an alien named Ulysses to be the caretaker of an interplanetary way station through which aliens from all over the galaxy travel.

Enoch’s is responsible for monitoring the machinery of the way station and making sure arrival conditions meet the biological needs of the wide variety of aliens. The work is not difficult, but requires him to adopt an extremely broad and open-minded perspective. Sometimes he is able to communicate in some fashion with them, befriending and gaining a sense of fellowship with many individuals and races.

Enoch becomes friends with a number of the more frequent alien travelers who will bring him gifts in exchange for a cup of his coffee which is considered a delicacy to the aliens. As a side benefit of his manning the way station, time does not move for Enoch so he still appears to be in his thirties even though the book is set in the 1960s and would make him over 120 years old.

Even though Earth is the location for the way station its existence is kept secret from the rest of the population of the world because they are not deemed ready to join the Fraternity of Galactic Races. 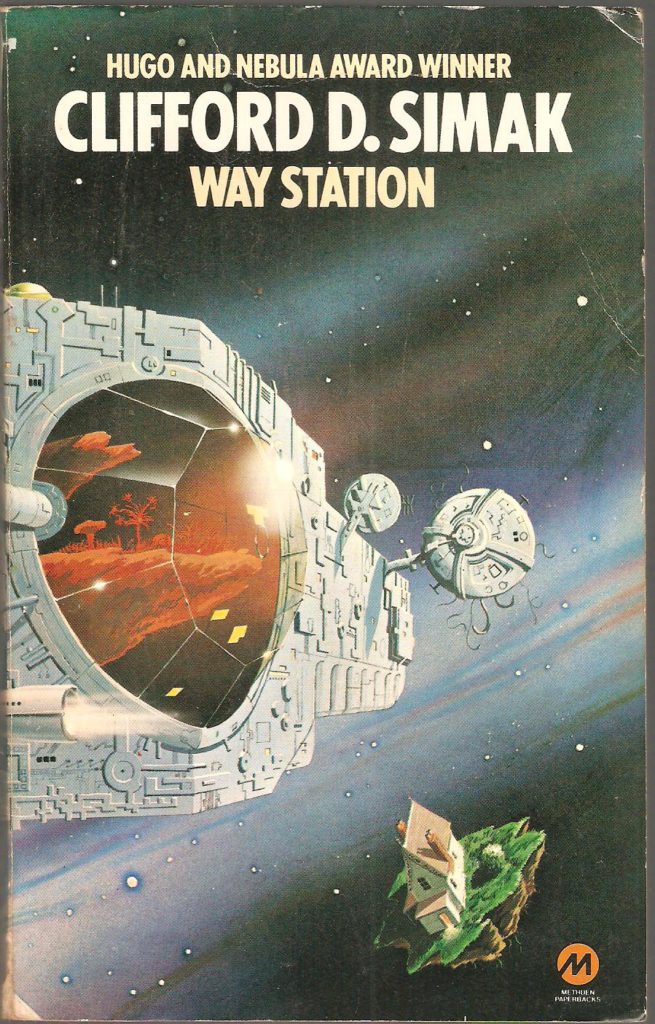 While studying one of his visitor’s culture’s unique mathematics, he sees a high probability that human civilization will be destroyed by nuclear war in the near future. Even more troubling to Enoch than the fact that millions may die in the war is the idea that this act of aggression could forestall Earth’s entry into the Galactic union.

Even more troubling to Enoch is that he learns that the Galactic Council intends to shut down the way station, leaving Enoch without access to the alien knowledge and technology that he has grown accustomed to having access. On top of that, Enoch has to deal with local rednecks who have becoming increasingly suspicious of his unchanging appearance and begin to make trouble.

Written at the height of the Cold War, Way Station plays upon those fears of global annihilation and ups the ante by giving one man, Enoch the chance to know that the Earth can have a bright future with alien beings throughout the galaxy if they can only control their violent tendencies. Through Enoch’s decades of service at the way station he has become more isolated among his own people and longs to form a connection with something greater than him and the human race.

Individualism is a reoccurring theme in many of Simak’s works owing in part to his own upbringing in a rural part of Wisconsin.  Enoch is in many ways an example of the rugged, pioneer spirit the still exists today.

Way Station isn’t what one would call an exciting or thrilling read. It is a though-provoking story of what one’s existence is and what potential it could have. It is definitely a product of its era but still one that resonates today.