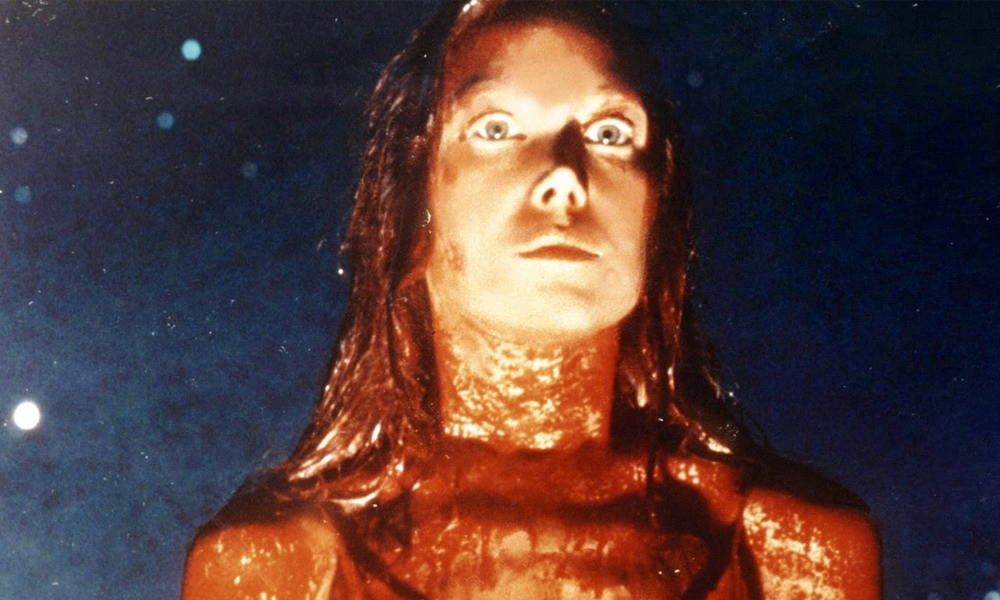 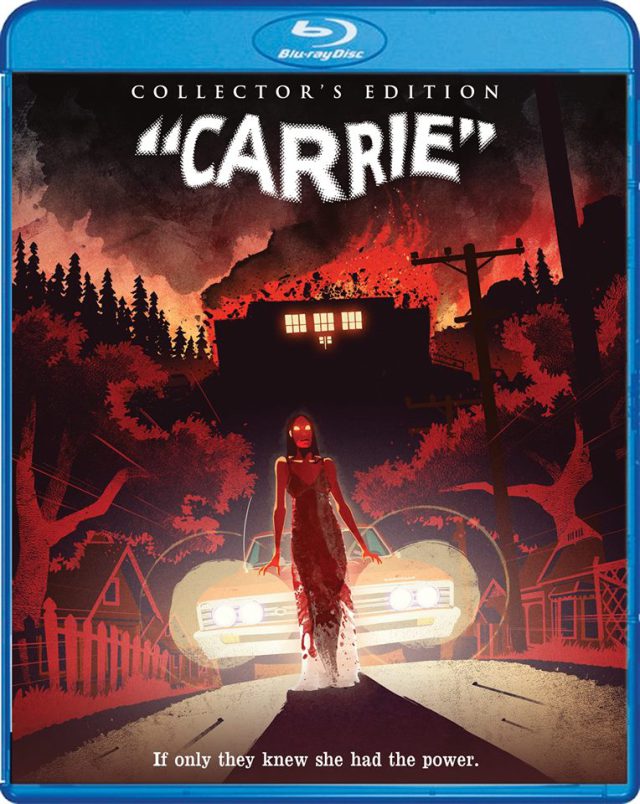 Carrie, based on the novel by Stephen King, is an American horror classic. Who better to honor this film then Scream Factory! Below you will find all the specifics on the 2-Disc Collector’s Edition Blu-ray that arrives this October! This is a must have for horror fans.

Press Release: Los Angeles, CA – In 1976, Carrie, the “absolutely spellbinding horror movie” (Roger Ebert) directed by Brian DePalma (Scarface, The Untouchables, Dressed to Kill) and based on the best-selling Stephen King novel, premiered in theaters, forever changing the landscape of horror films, and launching much of its outstanding cast into stardom. On October 11, 2016, the SCREAM FACTORY™ home entertainment brand celebrates the 40th anniversary of the film with a 2-disc Collector’s Edition Blu-ray release which includes a brand new 4K scan of the film and nearly 3 hours of bonus material.

The first film adaptation of a Stephen King book, Carrie was a box office hit, garnering Academy Award® nominations for the up and coming star Sissy Spacek (Coal Miner’s Daughter), and film veteran Piper Laurie (The Hustler), a rare accomplishment for the horror genre at the time. Featuring the first major film roles for John Travolta, who was then starring in TV’s Welcome Back Kotter, Nancy Allen (RoboCop) and William Katt (The Greatest American Hero), Carrie was also the big screen debut for Amy Irving (Yentl), P.J. Soles (Halloween) and Betty Buckley (Eight Is Enough).

At the center of the film’s terror is Carrie (Spacek), a high school loner with no confidence, no friends… and no idea about the extent of her secret powers of telekinesis. But when her psychotic mother and sadistic classmates finally go too far, the once-shy teen becomes an unrestrained, vengeance-seeking powerhouse who, with the help of her ‘special gift,’ causes all hell to break loose in a famed cinematic frenzy of blood, fire and brimstone.

Over the last 40 years the ultimate revenge fantasy has become one of the all-time great horror classics, and Carrie is now, finally, offered as a definitive, two-disc Collector’s Edition Blu-ray.

Fans of the film will want to take note of two exclusive offers on the release—which are only available at www.shoutfactory.com while supplies last.

DELUXE OFFER (Limited to 2,000 orders only – pictured below) 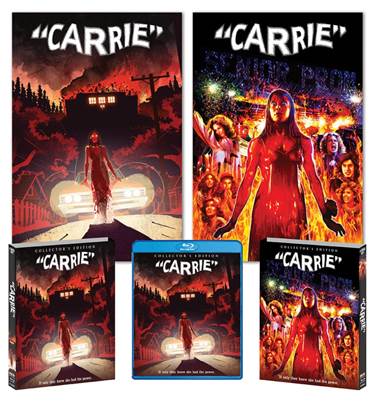