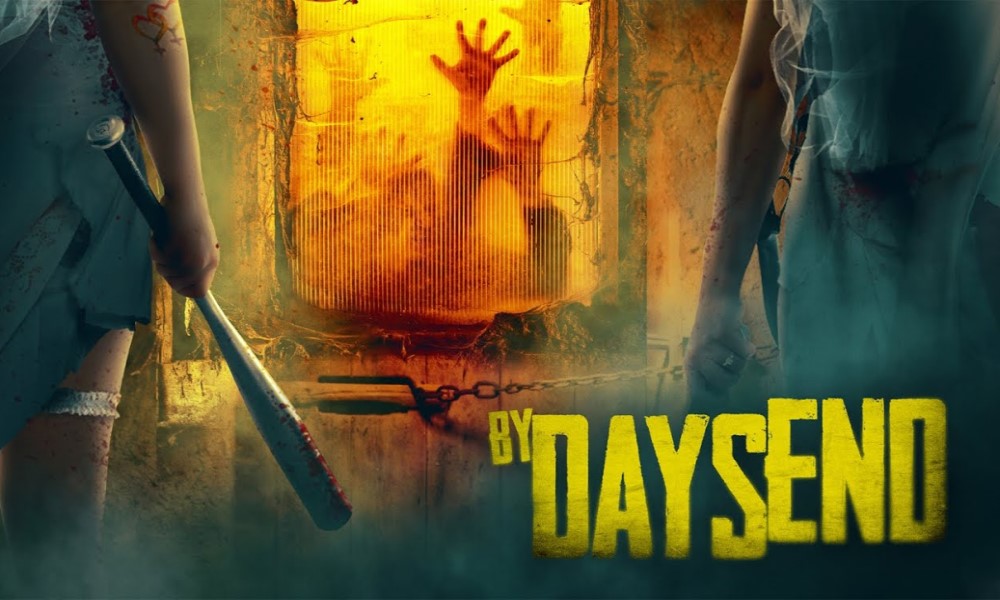 Found footage films are a genre I quite enjoy in concept. It’s one of the few innovations in filmmaking-as-storytelling that this century can claim. If you want to theoretically capture reality in a way conventional cinematography cannot there’s little more effective than pretending that what you’re seeing was captured by accident by on-site cameras.
Unfortunately some people use the conventions of the genre as a crutch for low budget production values, amateur actors, or stories so flimsy and cliche they require a distracting style to cover up their shortcomings. 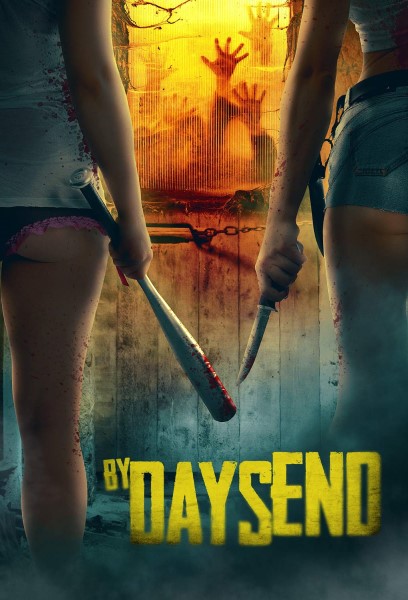 From the start By Days End is VERY promising. Usually horror takes place at night, but there is something uniquely unnerving about pale natural light and the slightly fuzzy veneer provided by the perspective of digital footage. There is no score to the film and few sound effects. I was really getting invested into the starkness and grounded creativity of having cameras that are obscured by insects crawling across them, the anticipation of horror taking precedent over shocks and jumps, the muffled and frightening news broadcasts going unheeded in the background, the isolation and uniformity of a gated community and hotel complex that had a cloying claustrophobia before anything overtly terrifying occurred.

Then less than half an hour later it all fell apart.

Zombies are like any other concept in fiction: neither useful nor detrimental by themselves. You can play with conventions, use well known ideas to advance metaphors, or explore new avenues of thought using classical tropes as a springboard. By Days End does nothing new. Zombies have even regressed to magically possessed (as far as I could tell) corpses, instead of the more plausible ‘rage zombies’ created by a virus used in more modern adaptation of the idea.
There’s a lesbian relationship but it functions as much like an excuse for the audience to quickly care about characters as it would have if the relationship had been a hastily sketched heterosexual relationship or the film dwelled long and hard on a parent and child.

It’s not so much a character journey as it is the writers trying desperately to create an emotional heart for what ultimately boils down to the same kind of trapped in a room surrounded by zombies story that the late great George Romero would have at least spiced up with some humor and action. Even the found footage concept collapses. There’s nonsensical jump scares (are zombies silent ninjas?), camera angles keep changing in a way suggesting a film crew rather than accidentally recorded footage, and there’s even artificial transitions made by having static and skipping…which real cameras don’t do. It all ends the way every zombie movie ends.

The effects are patently bogus digital additions that never convince. You digitally applied a blue screen to a laptop? You couldn’t afford real looking guns? Great filmmaking is forged by necessity and lack of resources, but if you pretend your production is more affluent than you can conceivably make it then your film comes across as even cheaper. The opportunity was there to make the most of what was available, like The Blair Witch eschewing a fancy special effects conclusion with a simple resonant mystery. Days End tries to patch itself with poor post production, long padded lingering glances at a woman in her underwear, and when all is said presents absolutely nothing new to either found footage or zombies.

It might have actually been a much more interesting and compelling film of whatever genre if the zombies didn’t wander in and spoil everything.