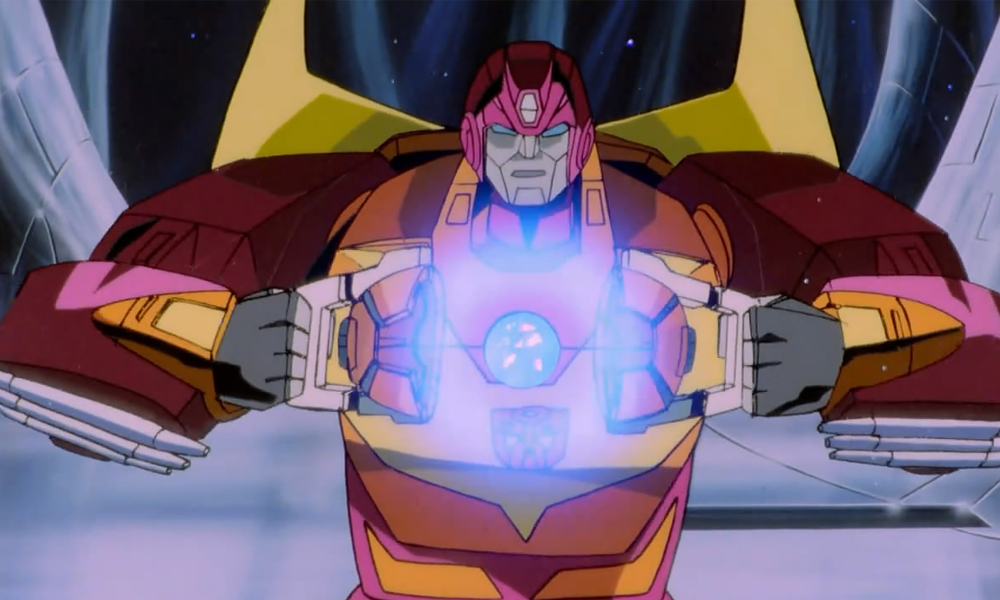 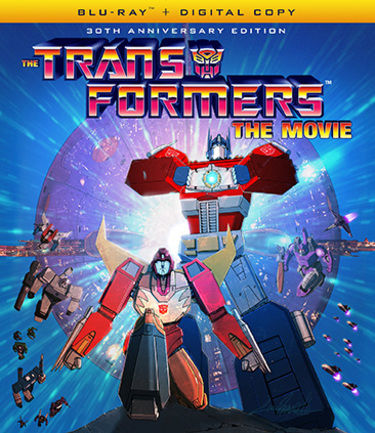 It was a long ride home. Well, it was only about three miles, but it felt long. Then, of course, there were the unnecessary stops of kids who took way too long to get off the bus. As Susie would walk down the aisle and say goodbye to all her friends, I would get really angry. Why couldn’t she just hurry up? There will still two more stops and Transformers started at four. I was never going to make it. If I missed the beginning, I was probably going to be completely lost.

When the bus did stop, it was a race to get home and get that TV on. Soccer practice started in a few weeks and missing the Transformers would be a regular thing. Now it was time to suck it all in, Optimus Prime and his Autobots thwarting the evil Decepticons. In the years that followed, I did eventually see every episode. The 1986 movie though was a different story. See, my parents didn’t take me to see it. To this day, I have never seen Unicron larger than life on the big screen, but I am working on that. As a kid, hearing Optimus Prime died was the equivalent of learning President Kennedy was assassinated. Our hero had fallen and some new Autobot named Rodimus Prime was now the leader. To this day, I wonder what my face must have looked like when my good friend, Matt, told me the news.

You get nostalgic for those things from your childhood when you get older. In college, I found a few places that still had giant clam shell boxes of the Transformers. These were never more than a collection, not a full season. When I started working at Blockbuster Video, they had the only copy of Transformers: The Movie in town. Imagine a college campus of 93,000 students and only one copy of Transformers: The Movie. Think I am nuts? It was the only one and when it did come back, I snagged it, copied it, and put it back on the shelf. Before I got back behind the counter, someone was already renting it. It would eventually never return as someone, besides me, figured out that it was the only copy in town and not on VHS anymore.

Here we are now, 30+ years later since the show originally aired, and 30 years exactly since the movie came out. Shout! Factory has released a perfect Blu-ray to commemorate the film, as well as a stunning transfer on top of new special features and interviews. The biggest and best addition to this release of Transformers: The Movie is “Til All Are One”. This 46-minute retrospective features Story Editor, Flint Dille, Dan Gilvezan (Bumblebee), Gregg Berger (Grimlock), Susan Blu (Arcee), Neil Ross (Springer), Vince DiCola, and Stan Bush.

It is Flint Dille who really is the window into the production of the film. Dille regales us with stories about the constant re-writes, scenes that would have massacred the 1985 toy line, and what Orson Wells was like during his recording. However, it was his recollections about the impact that killing Optimus Prime had on fans that were the most interesting. At the time, in both fandom and pop culture, this was just a show about selling toys. The studio and producers had no concept of what killing the leader of the Autobots would do to kids, nor did they care. The movie was nothing more than a bridge from one season to the next and a launch of a new toy line. Dille didn’t even have a sense of who the new characters were. He just based them all on the 1985 Chicago Bears. He does credit the voice actors in helping to shape the story of the film. They knew the characters better (some had already started recording the new season) than he did and with their fore knowledge of where they were coming from, he was able to shape a better story in the recording studio. 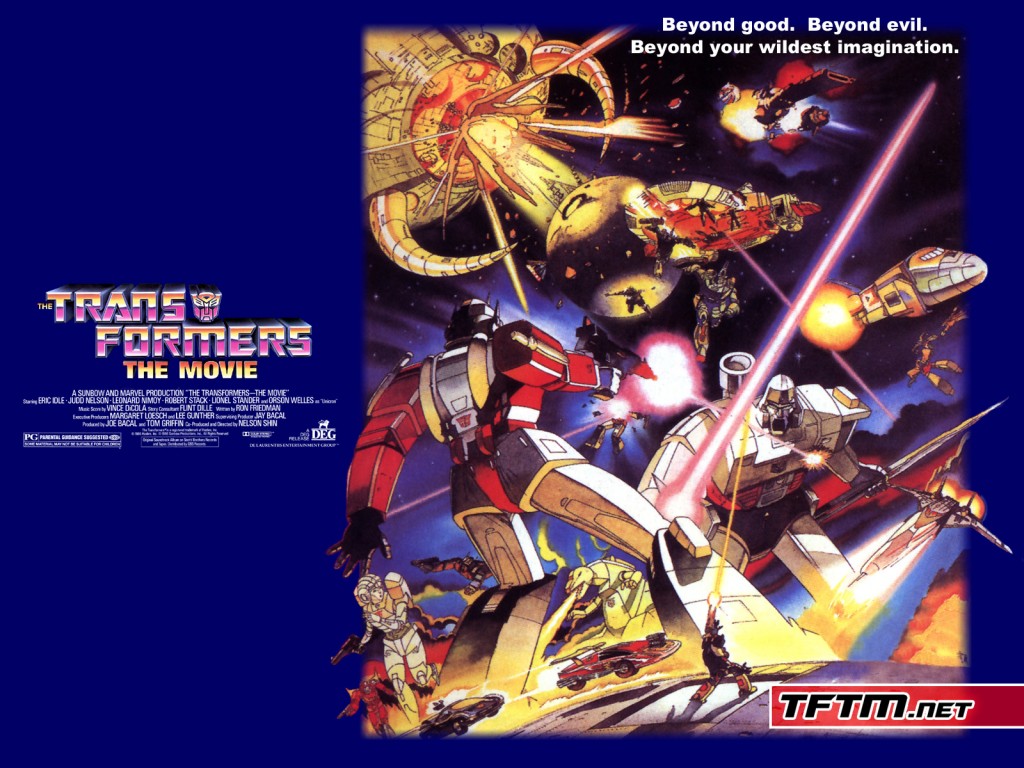 The one person to whom all those involved credit the success of Transformers, both the series and film, is Wally Burr. This voice director was so particular and prepared that he would study and agonize over every storyboard before the actors got into the studio to get it right. Flint Dille called Burr an incredible inspiration. Neil Ross, the voice of Springer, states that it was Burr’s perseverance and dedication that made the Marvel/ Sunbow Productions of that era stand the test of time. He also had a way of making the actors give him exactly what he wanted.

Singer and songwriter, Stan Bush, as well the film’s composer, Vince DiCola, are also on hand to talk about the score and soundtrack. DiCola reveals that he had only 35 days to compose the score and it was all done on synthesizers. He had unlimited freedom, which is unprecedented with a project of this size. He did reveal that he had no impact on the other songs outside of “Dare” and didn’t hear them until late in the game. He hoped that the studio knew what they were doing, which they did. Bush revealed a great backstory to his seminal song “The Touch”. Originally he had written it for Sylvester Stallone’s film Cobra (1986). He had no knowledge that it was being used or considered for this film. Thankfully, fate stepped in, because can you imagine “The Touch” in any other film (well, outside of Boogie Nights)?

All those interviewed here site fandom as the reason why they are still talking about this film 30 years later. Each has a great “thank you” to the audience and leaves us with personal stories about what effect their part in Transformers had on them. Shout! Factory really nailed it with this release. The best thing I can compare it to is Warner Brothers’ Blu-ray release of The Wizard of Oz. You can tell that they care about this film as much as we all do. Now we all can have the best possible version to watch at home.

Thank you, again, Shout! Factory. Clearly, you have the touch. 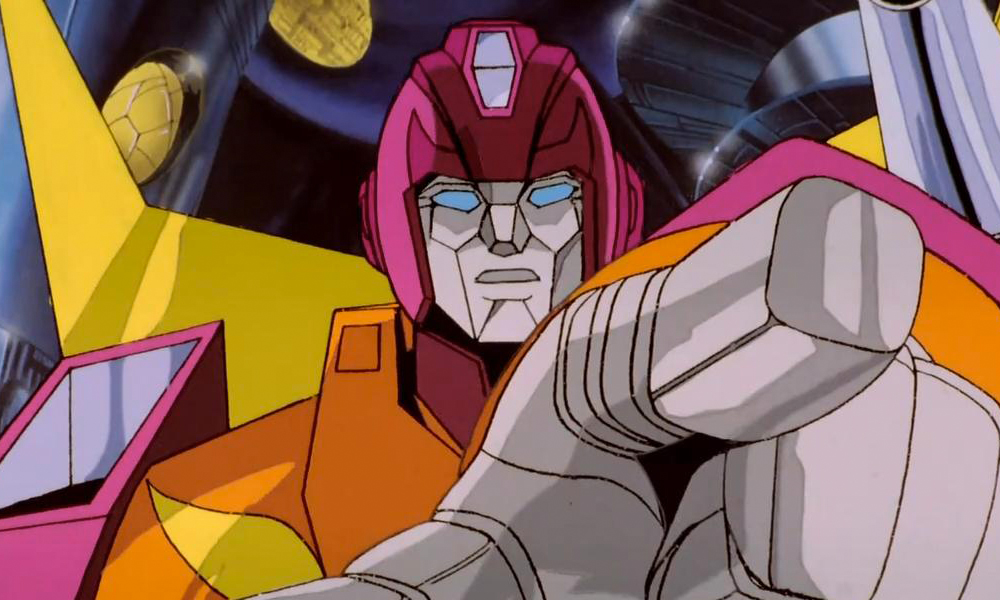 Order The Transformers: The Movie (1986) from Shout! Factory HERE.

The Melancholy of Haruhi Suzumiya: Seasons One & Two

The Monster of Piedras Blancas