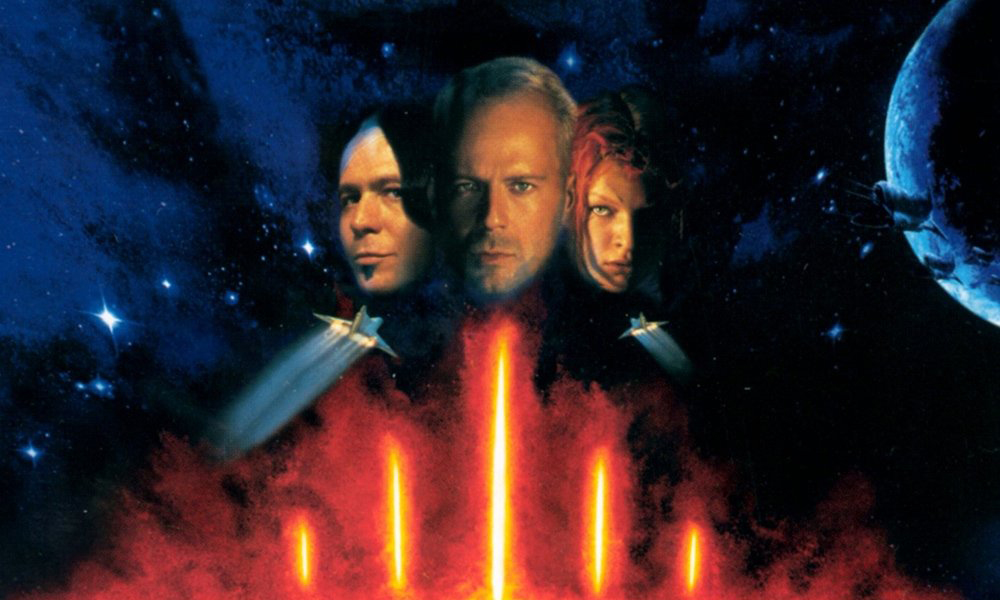 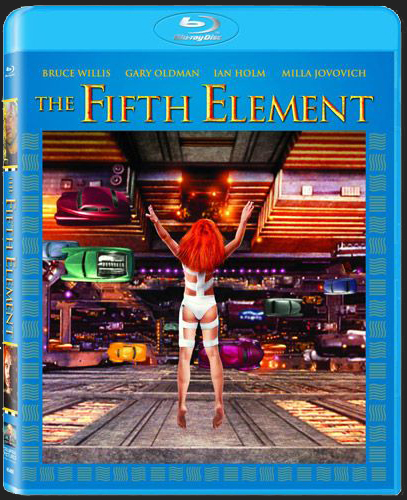 Sony Pictures Home Entertainment has released two classic films on Blu-ray today by Luc Besson. First up, we have Leon: The Professional, a movie that introduced Natalie Portman to the world. However, our focus here today will be Besson’s 1997 film, The Fifth Element. The film is very much in the realm of Ridley Scott’s Blade Runner; as in it is still years ahead of its time. There are many things we could discuss about The Fifth Element, many of which have been dissected over and over again. Today, let us talk about the great unanswered questions in the film.

What is this thing? 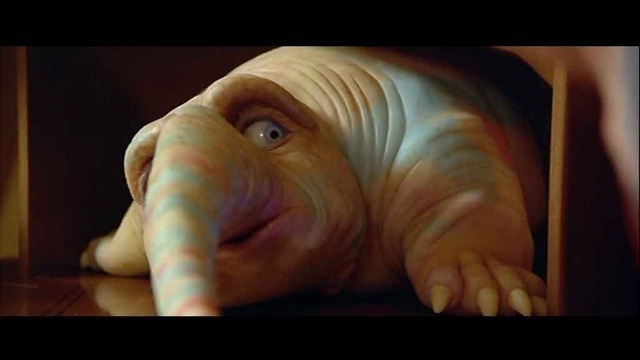 Alright, let us start off with a fun one. Admit it, with its human like eyes and expressions, Jean-Baptiste Emanuel Zorg’s (Gary Oldman) desktop pet is almost unsettling. We see very little of Zorg’s pet and know full well that its snout can’t save Zorg. This oddball creature is just another reason why we love this film.

Why is Luke Perry in the film and shouldn’t he have a bigger part?

The prolog takes place in Egypt, 1914. Billy, played by 90210’s Luke Perry, is in the film for only a brief moment. At the time, Perry was seven years into Fox’s hit TV series and a recognizable star. Any part that Perry would appear in couldn’t be small, or could it? As I sat there in the theatre, I kept expecting him to show up as a 300+ year old priest in the order. At the very least, I thought he would have been a gate keeper at the temple in Egypt. In short, I kept waiting for him to show up again. Another question for Billy would be, what happened to him after this life changing event?

Why were we so worried?

When Leeloo (Milla Jovovich) and Corbin Dallas (Bruce Willis) save the Earth, the power of their love forces the Mr. Shadow planet into a new moon around our planet. So… if the Earth is tested every 5,000 years, how many times did Father Vito Cornelius’ (Ian Holm) order succeed and fail? If the moon is 4.53 billion years old (approximately), they have succeed at least 20,000 times in saving the Earth. If the moon is another one of Mr. Shadow’s planet devourers, then the order only failed once.

Why do the aliens help us?

The Mondoshawan show up and remove the Fifth Element as modern man is about to discover its purpose. They carted off the sarcophagus and promptly return it (dying in the process) when they say they will. Why is that again? Are we to believe that there are good upstanding aliens in the universe? Pretty cool, but what is their relationship to humanity? Are they our fathers/ builders?

What is that coming out of their heads?

When anybody upsets Mr. Shadow, an ooze comes out of their foreheads. Is this a brain squeeze and blood flowing out of their heads? Is it reprogramming liquid coming to the surface? It is either black or brown, so it is not blood.

Our big baddie in the film is faceless. Then again, so was Darth Vader, but he at least he had a mask on to look at. Why does Mr. Shadow want to destroy the Earth? How did he get in touch with Jean-Baptiste Emanuel Zorg? The Mangalores and their involvement is a no brainer, but outside of being pure evil, what does he get out of destroying our planet?

How did Diva Plavalaguna get involved? 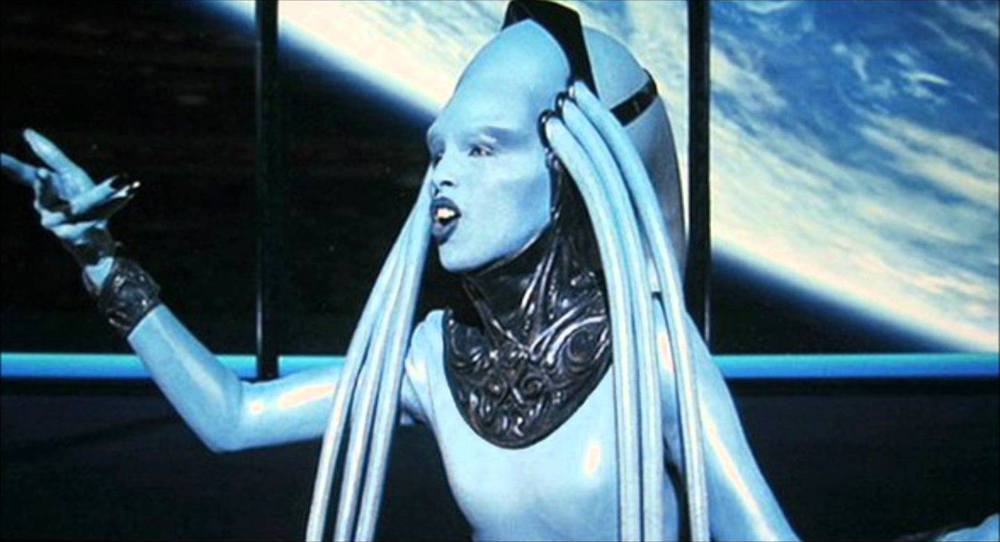 Without a doubt, one of the biggest questions about the film is how Diva Plavalaguna (Maiiween)got involved with the Mondoshawan. Here, we have an intergalactic opera/ rock star who takes possession of the planet saving devices. Someone thought that entrusting these stones to the future’s Lady Gaga was a good idea? Well, what warranted that trust? My next question is how can she hold the four stones inside her and still walk around like nothing is the matter? There are some creatures that have pouches, but Corbin Dallas really does have to sift around her insides to find them.

No answers needed.
Films such as The Fifth Element are too few and far between. More often than not, they are sequelized and/ or expanded upon in other mediums (comics, TV shows, novels). Hopefully, The Fifth Element will remain unspoiled so that all these questions never have answers. You may want to know why, but its revelations would only ruin each and every one of its wonders.

Action
Get Mean
Messenger of Death
The Professional Cinema Series