Blade (1998): Revisiting The Film That Opened The Gates For The MCU 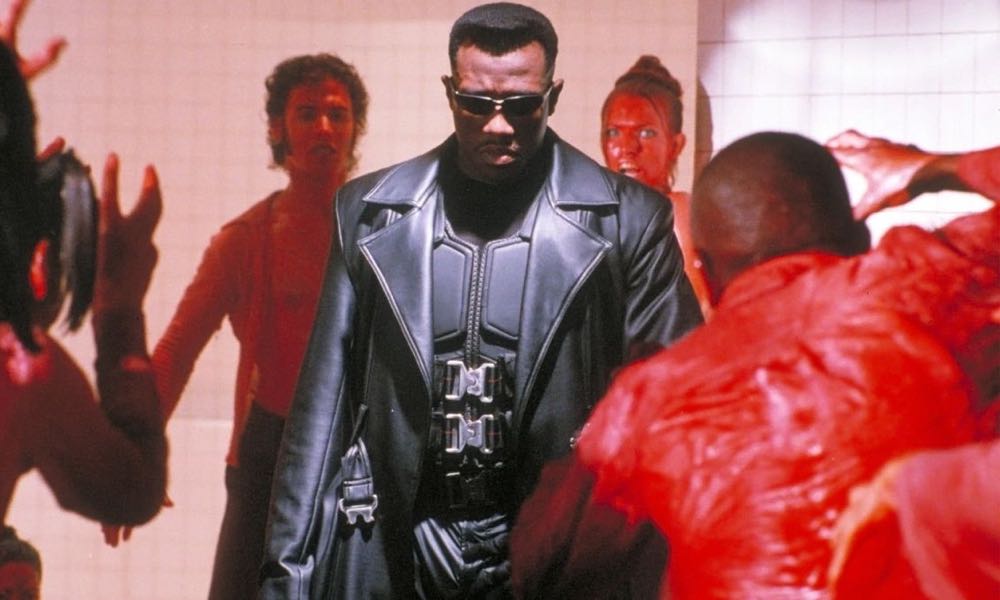 Predating the MCU, Blade, the early Marvel comics-based film featuring the publisher’s anti-hero vampire character is a unique creation. The film is unique in part because of its place in the history of the MCU. A risky choice under any circumstances, Blade was only the second film based on Marvel characters after the disastrous release of the infamous Howard the Duck (1986). Blade was a dark superhero film for its time and unlike anything since. For better and worst, Blade is oozing with nineties sensibilities. The film’s retro blacksploitation styling is a nod to the character’s creation that took place in the 1970s. The success of Blade represented the beginning of the MCU and set the stage for all of the comic book film adaptations that followed. The rest is history still in the making.

Title not sound familiar? Blade is a 1998 American superhero action/thriller-horror film directed by Stephen Norrington and written by David S. Goyer. Based on the Marvel Comics superhero of the same name, it is the first part of the Blade film series. The film stars Wesley Snipes in the title role with Stephen Dorff, Kris Kristofferson, and N’Bushe Wright in supporting roles. In the film, Blade is a Dhampir, a human with vampire strengths but not their weaknesses, who protects humans from vampires.

The film’s straightforward narrative mostly revolves around an ancient vampire prophesy the film’s lead antagonist is seeking to fulfill. Blade is a film that relies a great deal on visuals to sell its story and makes some cinematically exciting choices. The film’s action scenes vary from cliched not-too-exciting stuff we have all seen before, to a couple of truly unique and eye-catching set pieces. Blade’s CGI  effects are noticeably dated and not up to today’s standards.

Like most movies, this subtly camp production has things about it I like, and some things I don’t, but overall, after recently revisiting this production, I found it mostly enjoyable. The film starts out hot with a sequence of violent blood-drenched events that set the tone of the movie going forward. Blade sets out to firmly establish itself as a darkly amusing and visceral action thriller with Snipes presented as a black Batman with a sword and a whole lot of attitude, mostly bad.

I never noticed before just how strongly this character resembles the caped crusader. Blade comes complete with his own Batcave, Batmobile, and even has a surrogate Alfred, in the character of Abraham Whistler, who is ably and enjoyably portrayed by Kris Kristopheron. Snipes’s efforts sometimes seem wooden at first. He plays the role straight, proving he has the chops to perform as an action hero without much embellishment. Snipes approaches the character as he is the star of one of the classic seventies blacksploitation films like Superfly (19272) or Shaft (1971) that this movie pays tribute to in part.

Besides an excellent understated job by Kristofferson, the rest of the supporting cast is mostly enjoyable also. Donal Logue, as the face of the vampires, is especially delightful, darkly amusing, and memorable as Quinn, a lieutenant of the film’s villain. Stephen Dorff’s portrayal of chief antagonist, Deacon Frost, comes off as a movie version of a sadistic nineties hipster I found lacking in menace. N’Bushe Wright is terrific as the doctor that transforms herself into a bad-ass, kick-ass black mama in a role that, while cliched, she manages to make enjoyable.

This attempt to create a sexy, stylish, action-packed thriller, mostly succeeds in what it sets out to accomplish. The film betrays its age by the use of now-dated nineties cliches throughout its duration. Blade serves as a reminder just how far the MCU has come since its creation.  Watching this film is a reminder just how much the MCU has improved and refined the craft of storytelling and movie-making across the board. Although still enjoyable, Blade was fresh and new by nineties standards, but revisiting the film makes clear the passage of time has reset the goal line, revealing this film as a milestone in the rearview mirror, and a reminder just how far te MCU has come since.

We have not seen the last of Blade onscreen, on 20 July 2019, during their 2019 San Diego Comic-Con presentation, Marvel Studios announced a Blade reboot that would be set in the Marvel Cinematic Universe, with Mahershala Ali starring as Blade.